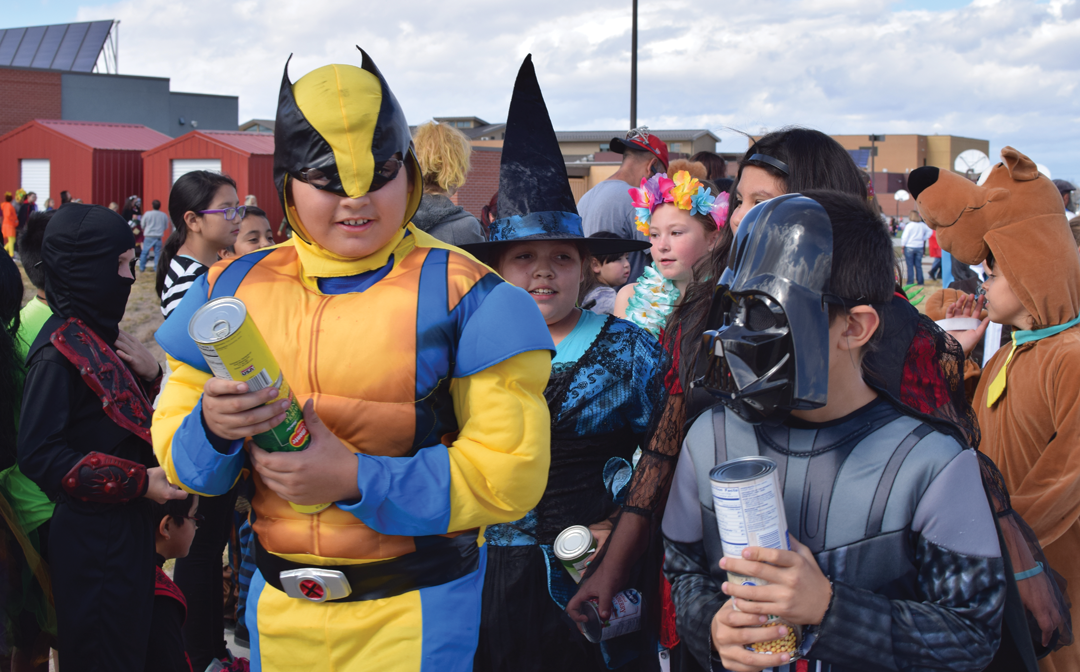 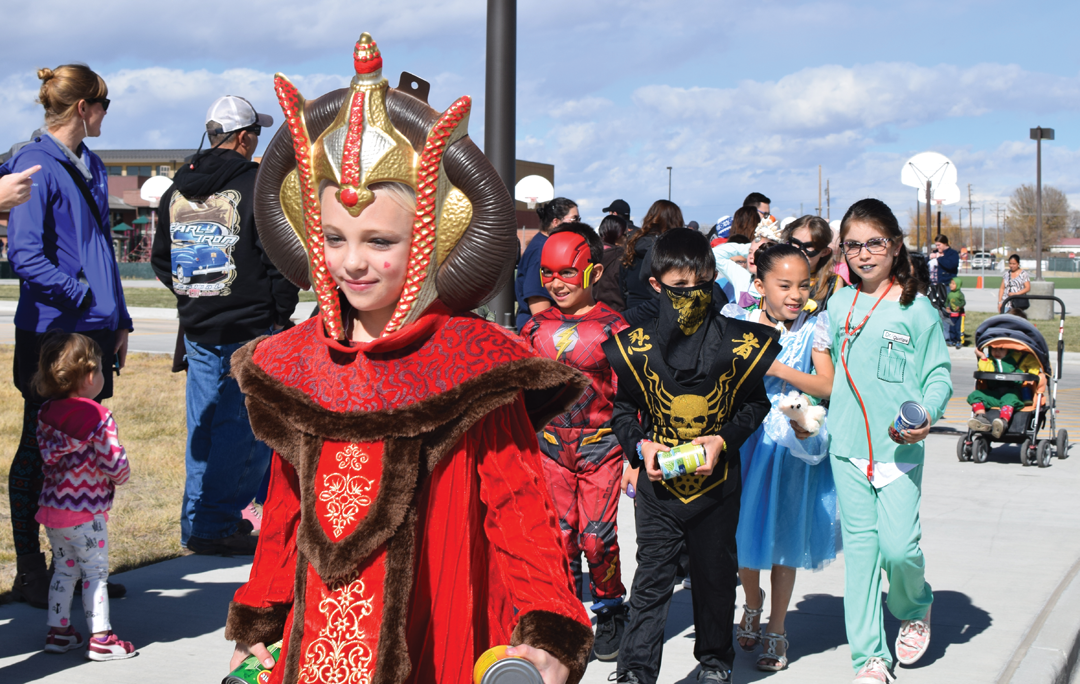 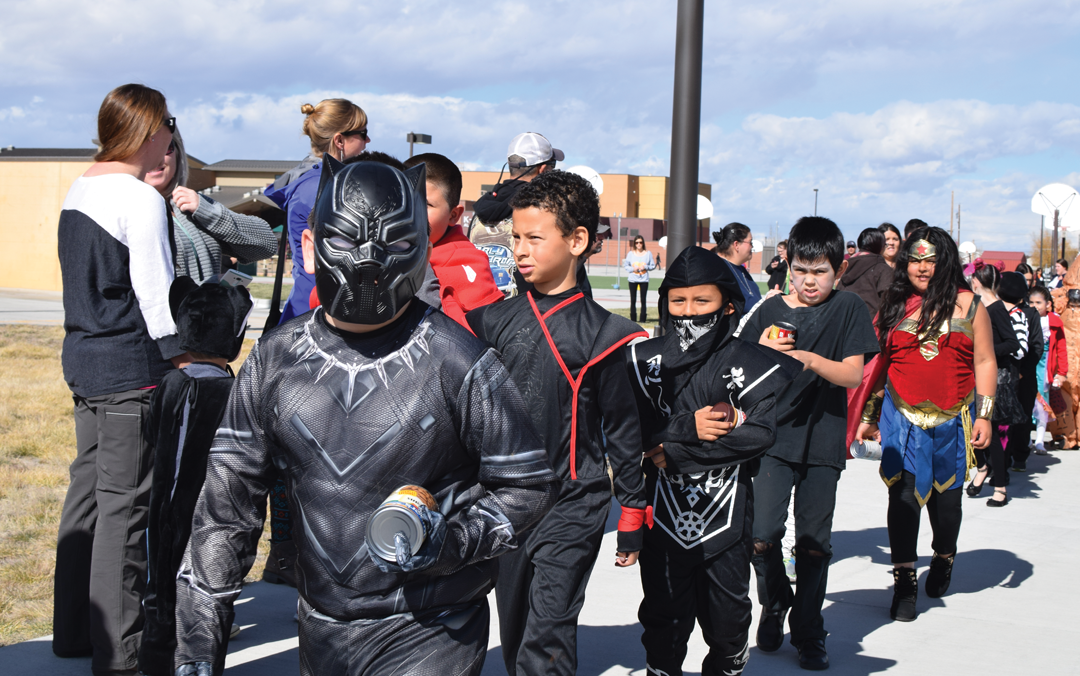 Alamosa Elementary School students parade down the street in their Halloween costumes on Tuesday. Various superheroes, ninjas and characters from "Star Wars" were the most popular. 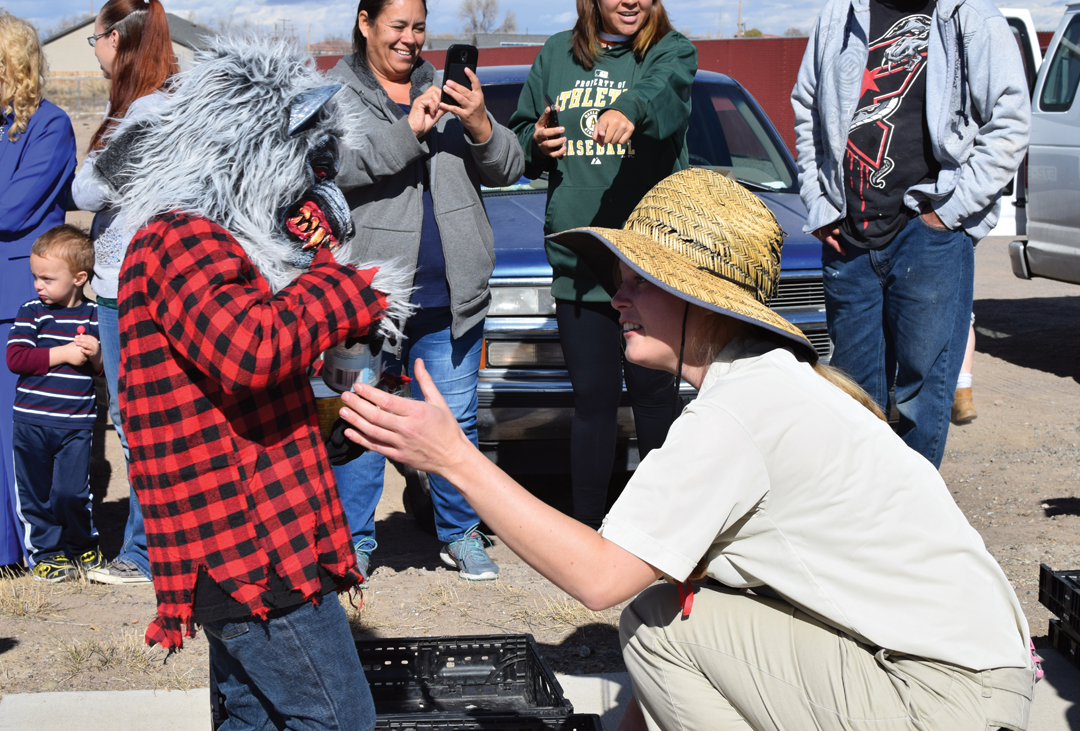 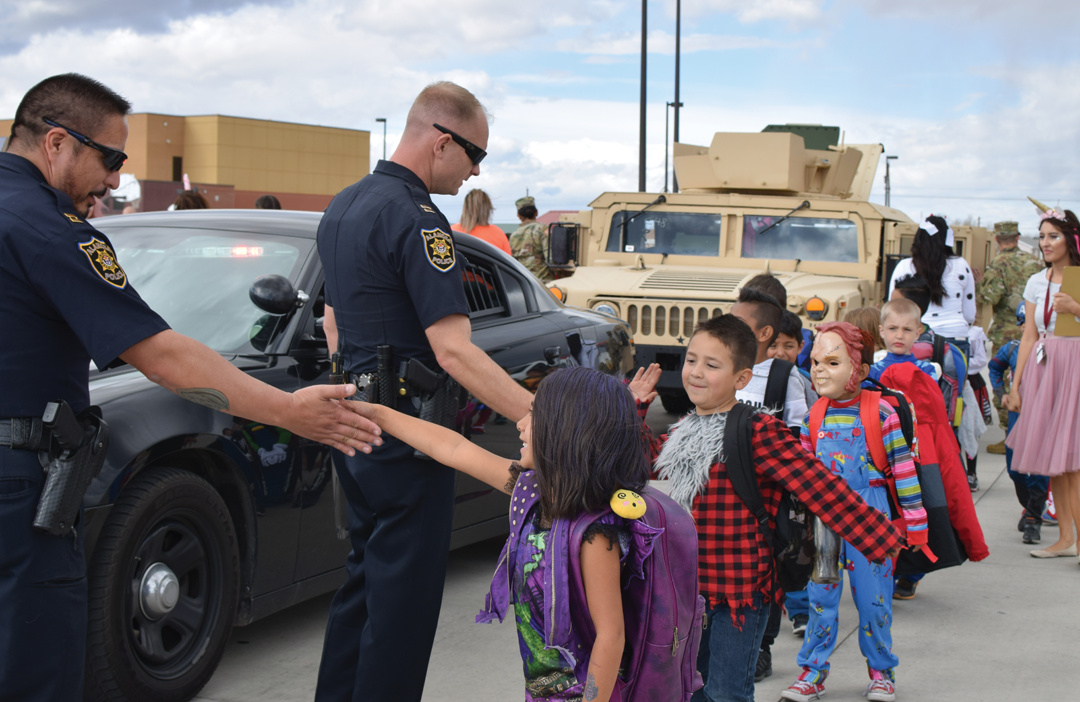 After the parade, Alamosa Police Captains Samuel Maestas and Ken Anderson high five Alamosa Elementary School students as they tour police, fire department and National Guard vehicles. Members of each department were there to talk about being safe during Halloween and how to live a drug-free lifestyle for Red Ribbon Week.