PUEBLO— Alamosa traveled up to Pueblo along with 18 other schools to take part in Pueblo Central’s Invitational on Sept. 23 at Elmwood Golf Course, Pueblo.

The boys took third of 16 and the girls took first in a field of 18 squads. The boys were boosted by the performances of Elijah DeLaCerda and Brady Blinzinger both of whom finished in the top ten.

DeLaCerda took fourth place with a time of 16:48 half a minute short of first place. Blinzinger finished tenth with a time 17:22. Alamosa would accrue 91 points with a team average time of 17:37, which placed them third in the meet.

The girls exploded at the gun and all five team members finished in the top 15. Sophomore Lily Lavier bolted to a fourth place finish with a 20:46 time. Lavier was followed four seconds later by senior Tara Sowards in sixth place and senior Brittany Lopez in ninth. Alliyah Molina and Emily Lavier rounded out the team with twelfth and thirteenth place finishes respectively to give the Mean Moose a team total 44. 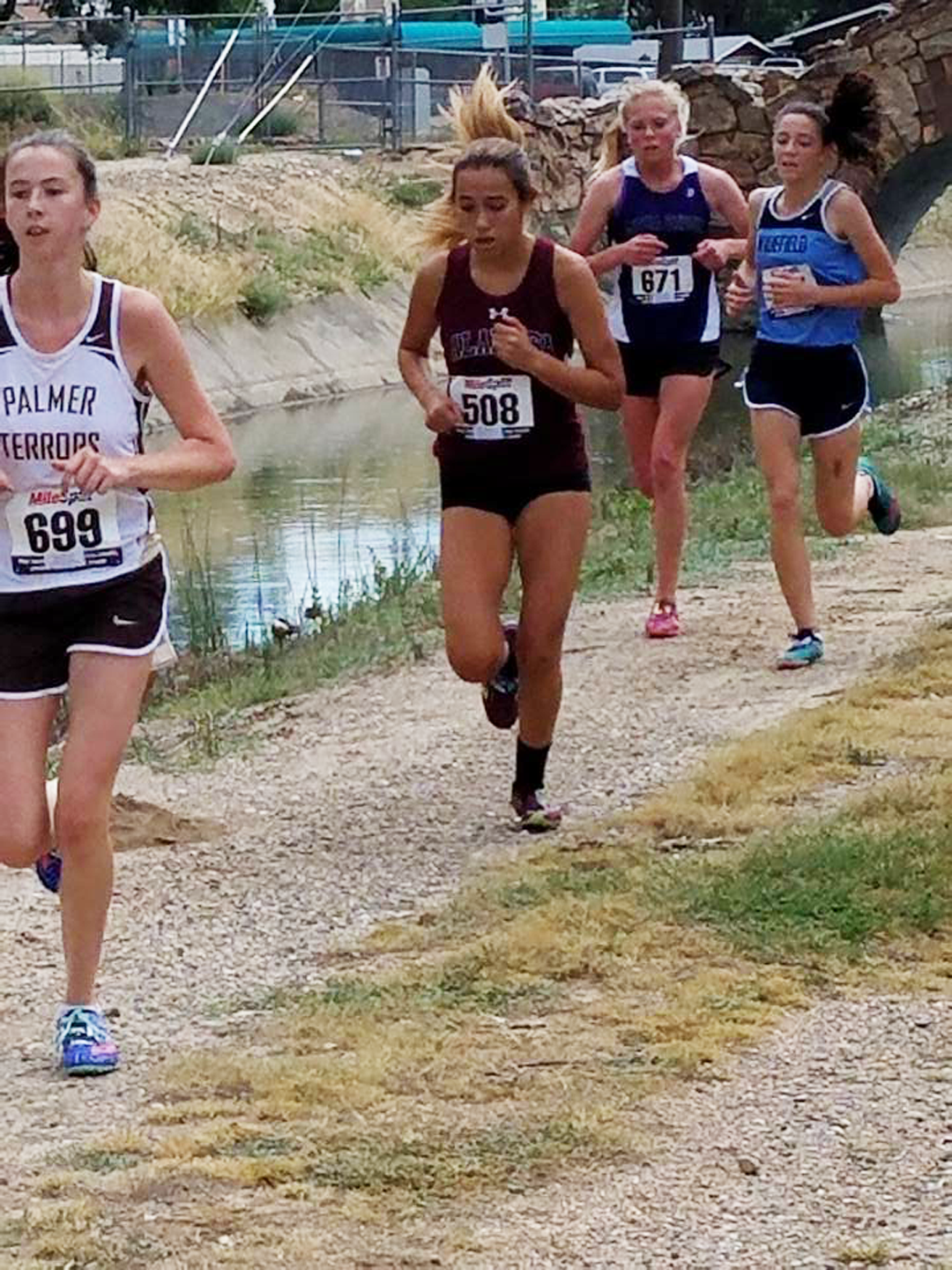 Alliyah Molina concentrates on her breathing as she runs to a 21:08 time and a twelfth place finish (Photo courtesy Larry Zaragoza)

To put how strong that team effort was in perspective the next closest team was Fountain Fort Carson High School who amassed 93 points.

The Mean Moose have a penchant for running on this course, as an Alamosa squad has taken first in each invite for the last three years This makes the third meet this year that Alamosa has had both boys and girls teams finish in the top five. And the first time Alamosa has had a number one finish this season.

Alamosa will take their success to Vandaveer Ranch, Salida this Saturday for the Salida Cross Country invite.