By: Jeremy Alonzo - Updated: 5 years ago

Alamosa junior Chad Jackson (10) had a banner night on both sides of the line, catching four John Lujan passes for 65 yards unofficially and another 21-yard touchdown called back by penalty. He also made two interceptions and had other great plays on defense. 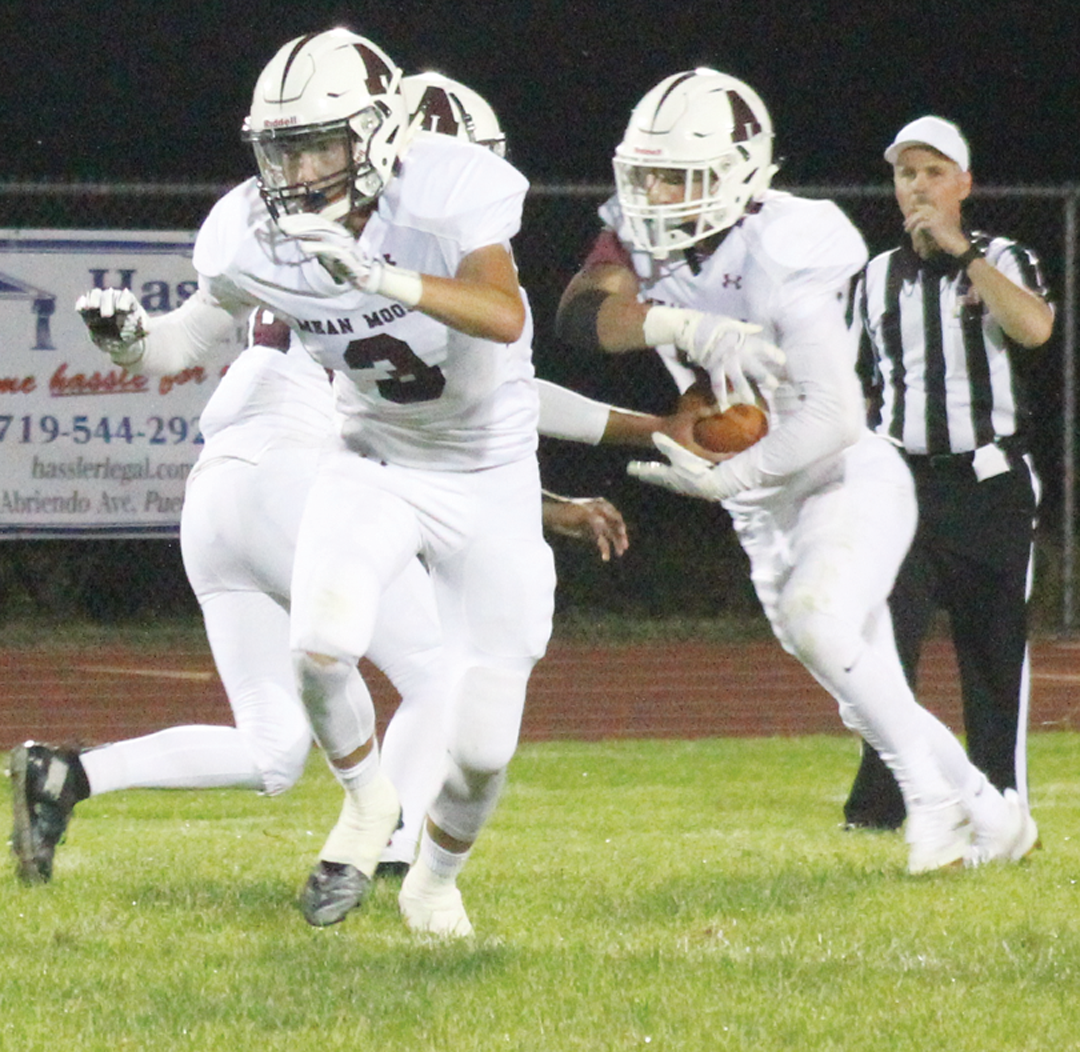 AHS senior Reis Martinez returned to the gridiron Friday after having his season cut short by injury last year and led a nearly 300-yard rushing attack for the Moose with more than 130 yards himself. Martinez takes a handoff from junior QB John Lujan and follows the block of Ian Jackson (3). 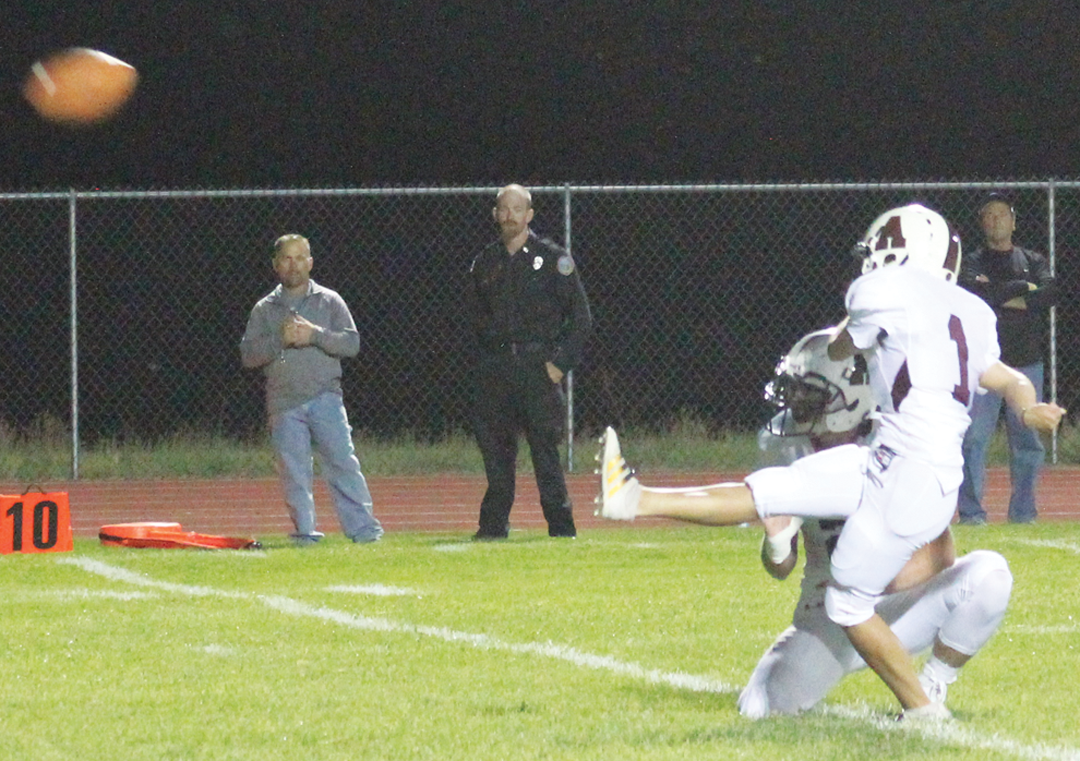 Beating Adams State freshman kicker Becca Longo to the punch, Alamosa senior soccer player Katie Gallegos (1) made local history by being the first female to kick extra points locally in the Moose 43-0 victory over Florence on Friday. She went 5-of-6 on the night including her last that was five yards deeper. 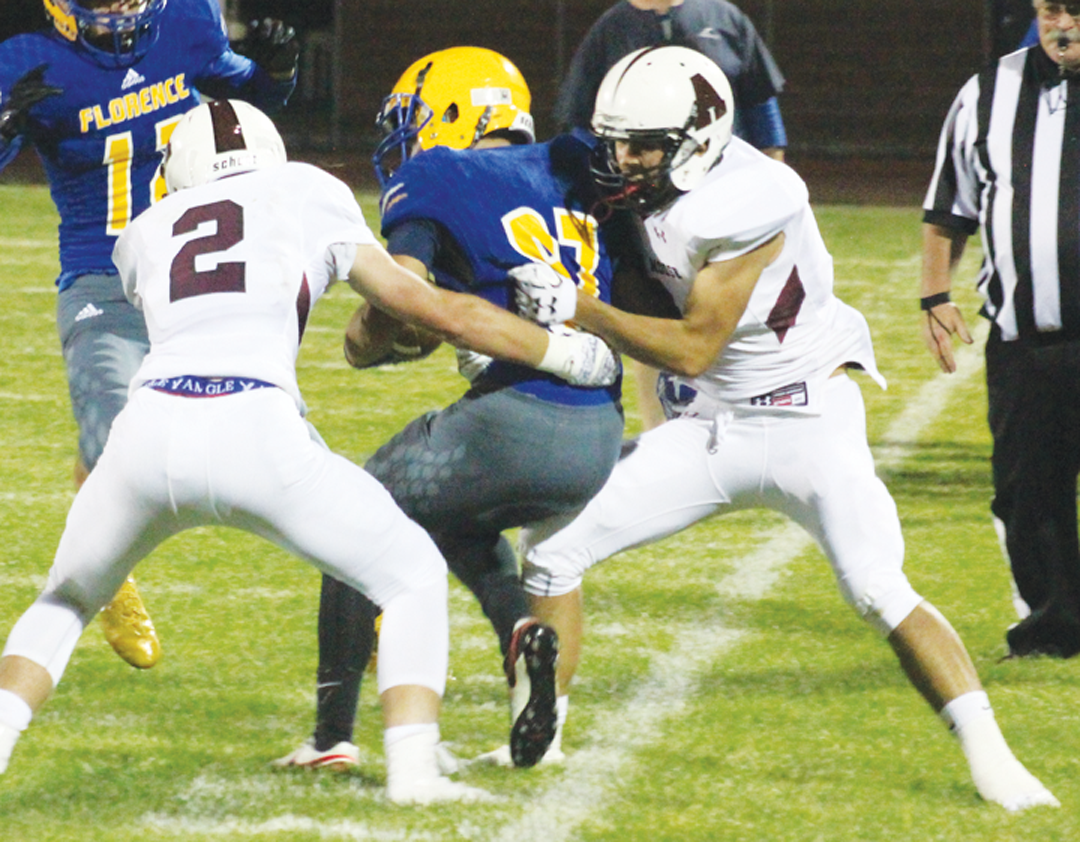 Austin Barrows (2) and Davis Gonzales, right, put a sideline squeeze on a Florence running back in Friday’s 43-0 Moose victory over the host Huskies.