ALAMOSA — On Monday September 25, the Alamosa FFA Chapter went to BIG Conference at Sangre De Cristo High School with five other chapters from the district. The theme of this year’s BIG Conference was to be “Dauntless.”

While exploring the theme of being dauntless, the new FFA members had the opportunity to learn the meaning of FFA, about its history, and how FFA can be applied to the world around them, all while developing their leadership skills.

The 2017-2018 Colorado State FFA Officers created and ran the workshops for the new members for this conference. The new members were able to get to know the state officers in attendance and were able to build new relationships with other FFA members from this district.

During Big Conference several FFA members were interviewed and elected as the 2017-2018 District 4 FFA Officer Team. There were 14 candidates who ran for the nine positions of president, vice president, treasurer, secretary, reporter, sentinel, and three on the executive committee. We look forward to what these new officers and new FFA members will do to be Dauntless in the upcoming year! 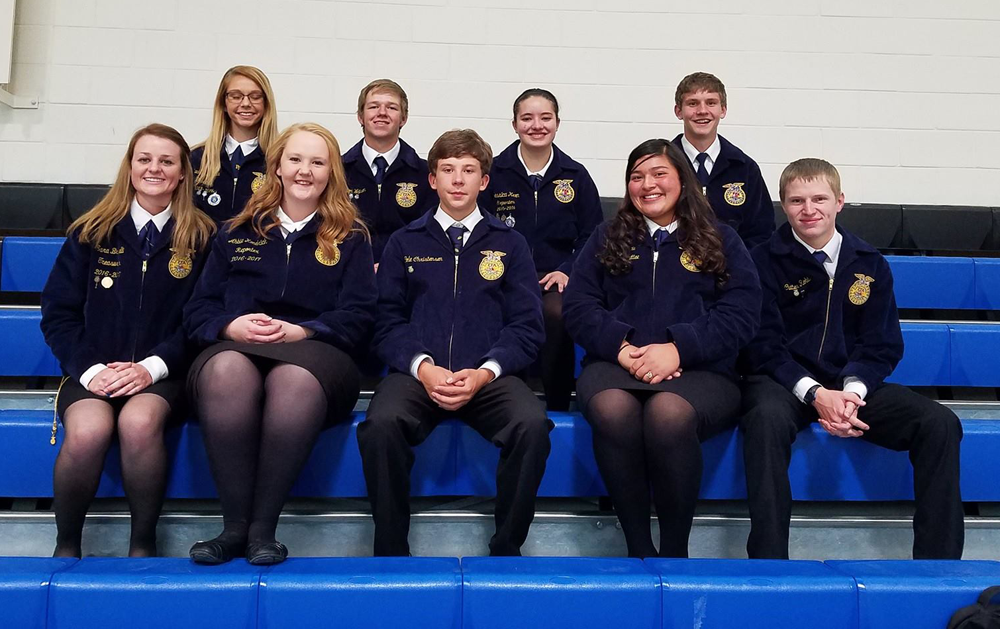