Lesli Lopez (8) loads up a shot in the 0-3 loss to Pagosa Springs on Saturday. Lopez finished her day with two kills and 6 aces for Monte Vista.

The last time we saw Alamosa in action was when they stretched the league-leading Falcons narrowly falling in the fifth set 15-10. Monte Vista has came into Saturday after dropping a 3 set finale to John Mall having gotten their third win of the season at Antonito’s expense the week before. Pagosa Springs meanwhile, continues their chase of Centauri and Bayfield.

In the Pirate matchup things swayed in favor of the visitors, Pagosa Springs. Things stayed rather even until Pagosa Springs went on a 7 point run before deferring the serve back to Monte Vista. That seven point run helped Pagosa out pace the host Pirates to a 25-13 finish of the first set. Monte Vista struggled to find an offensive rhythm and suffered two more double-digit losses to drop the first set to Pagosa Springs. Mariah Barbosa and Madison Plane paced Monte Vista with 3 kills each. While Leslie Lopez led the Pirates in service with 2 aces. Kaitlynn Porter and Alyssa Rawinski shored up the defense leading in blocks and digs respectively.

Monte Vista took leave and Alamosa stepped in next to challenge Pagosa Springs. The first set Alamosa lost Lexi Ortega to a leg injury when she attempted a dig. She would brace the knee and try to return in the second to no avail. Allyssa Crowther would step in to replace her. 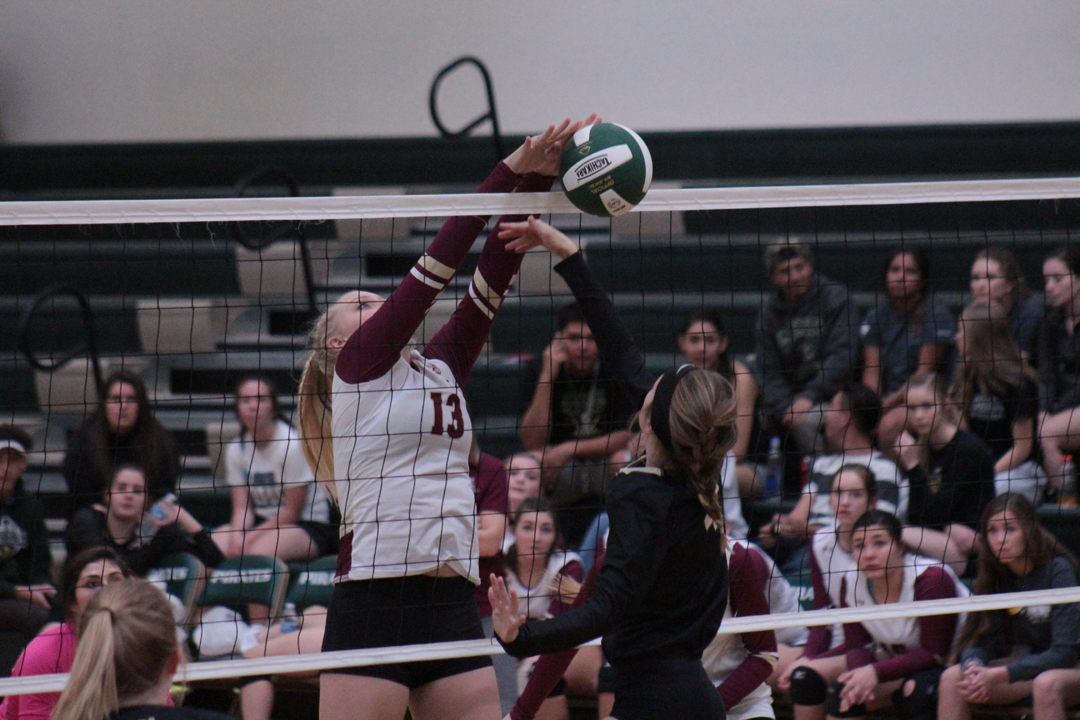 Emily DePriest (13) stuffs Pagosa Springs' Dianne Scott at the net for one of her three kills on the day in Pagosa's victory over Alamosa on Saturday. DePriest snagged a piece of the team lead with 11 kills shared with Terese Chavez and Taylor Motz.

Pagosa Springs made short work of Alamosa in the first taking the set 25-10.
In the second set Alamosa lost Jordan Mobbley to a leg injury as well who was replaced by Lora Ortega and the Moose fell in the next set 25-14.  In the third set Lora Ortega and Crowther stepped up and bolstered the injury depleted Moose to a competitive 20-25 set to close the second game 3-0 Pagosa Springs favor. Taylor Motz led the Moose in kills against Pagosa with 4 and blocks with 2. 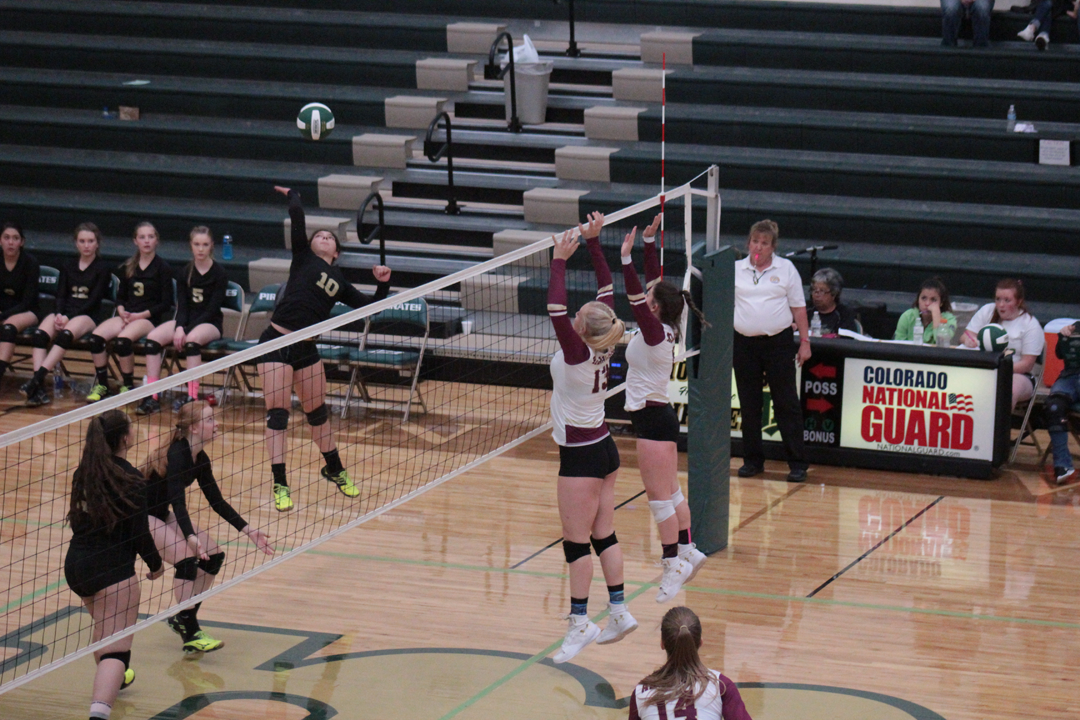 Monte Vista returned for the third and final game of the TRI against Alamosa. The beginning set was neck and neck until Alamosa went on 6 point run midway through, that run proved to be the difference as the first set finalized at 25-19 for Alamosa.

Alamosa proceeded close out the final two sets with 10-point advantages to end their day 1-1. Alamosa’s Emily DePriest led with 9 kills followed by Terese Chavez who tallied 8. DePriest, Chavez and Motz all tied combining their two game totals to 11 kills each.

Monte Vista’s Barbosa posted 4 more kills against Alamosa to bring her to a team leading 7 on the day. Defensively Rawinkski added 9 more blocks for the Pirates to close with 10, it was Emily DePriest for Alamosa with 2. Motz added a block of her own for a total of three to lead the team on Saturday.

Looking forward Alamosa will go back to Battle Mountain for their next game in a rematch with the Huskies on Oct. 24. Monte Vista has a quick turnaround and will be back in action when they face even more Pirates, hosting Olathe on Oct. 17.