By: Jennifer Alonzo - Updated: 5 years ago

Seniors Manuelito Casias and Shannon Cody were honored with the Manchester Award during Wednesday night’s banquet. The Manchester Award has been presented since the 1960s to a senior who demonstrates academic and athletic achievement throughout the year. Everett Manchester created the award in memory of his son, Michael, who perished in a car accident with his mother, Lola, shortly after his graduation from Alamosa High School. Michael was an outstanding baseball player and student at AHS who was scouted by the pros. 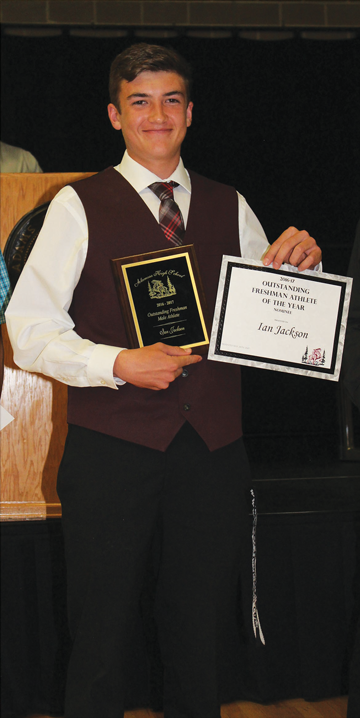 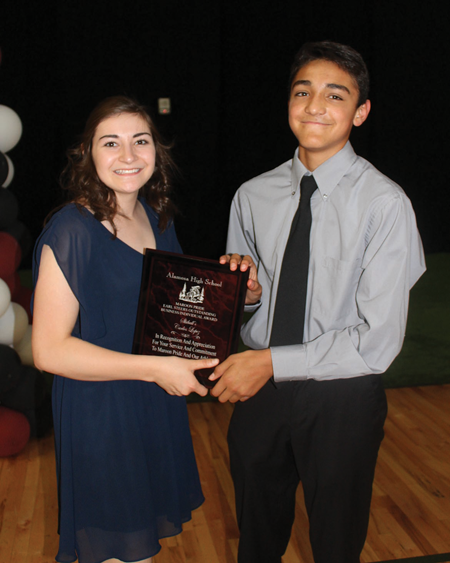 Carlos Lopez of Skiballs was presented with the Earl K. Steers Maroon Pride Service Award. His children, students Amy and Josh, accepted the award on his behalf Wednesday night. The Earl K. Steers Award is presented annually to a key supporter of AHS athletics. 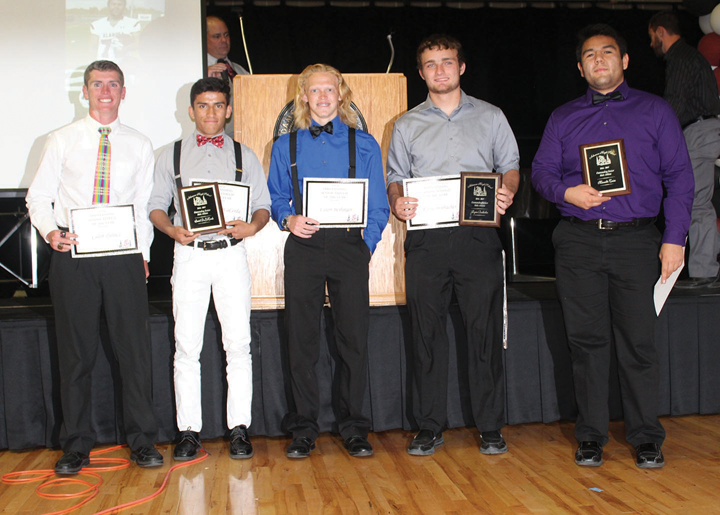 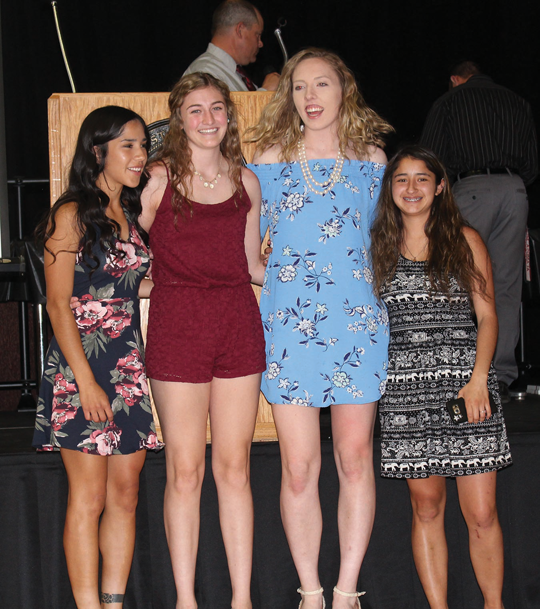 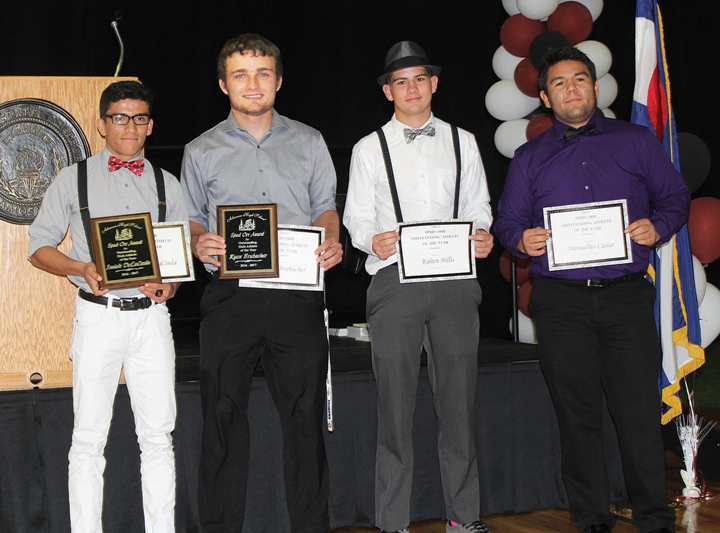 The boys also saw a tie in the “Spud Orr Outstanding Athlete Award” as both Isaiah DeLaCerda and Ryan Brubacher, left, were honored. Kolten Hillis and Manuelito Casias were the other two nominees. 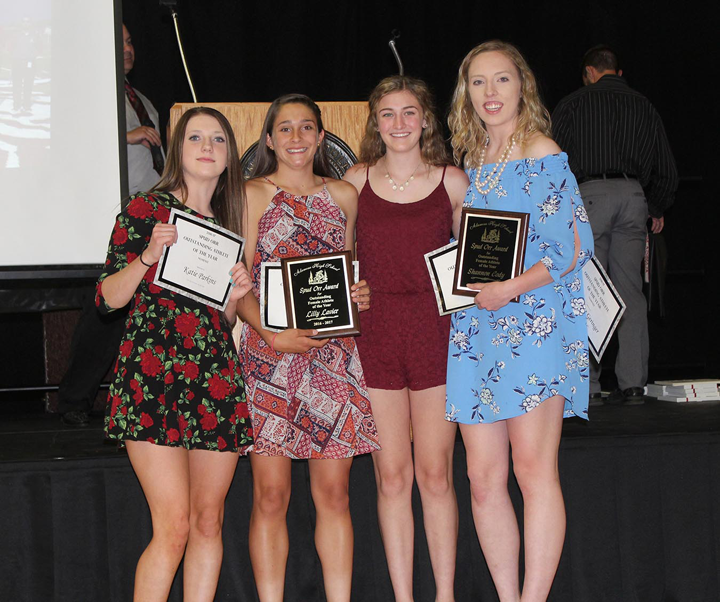 Four girls were nominated for the “Spud Orr Outstanding Girl Athlete of the Year;” pictured from left: Katie Parkins, Lilly Lavier, Savana Geringer and Shannon Cody. Lavier and Cody were both bestowed with the honor. Lawrence “Spud” Orr was an outstanding football player at AHS during the 1940s. During his senior year the Moose never lost and were never scored upon. He also excelled in basketball, baseball and track.