Alamosa: New mayor in, pot out

By: Jefferson Geiger and Ruth Heide - Updated: 5 years ago

ALAMOSA — Alamosa has a new mayor and two new city councilors after Tuesday’s election, and ballot questions seeking approval of marijuana stores in the city limits were defeated.

Receiving more than 61 percent of the vote, Ty Coleman, a city councilor since 2014 who has served as councilor at large and mayor pro tem, handily defeated incumbent Mayor Josef Lucero on Tuesday, 1,301 to 819 votes.

Coleman, pictured above embracing his girlfriend Jenene Holcomb, is the assistant branch manager for Rio Grande Savings & Loan in Alamosa. He is also an author and motivational speaker, volunteer youth football coach, member of Communities that Care and Kiwanis and on the board of the SLV Development Resource Group and Alamosa Literacy Council. 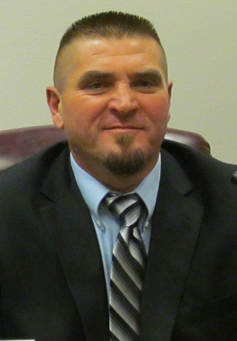 Carson is a lifetime resident of the San Luis Valley and has lived in Alamosa for more than 20 years. He is a database and network administrator and has worked in the IT and computer field for more than 15 years.

In a much closer race, it appears that David Broyles unseated Kristina Daniel for the Ward 2 seat on council. Broyles received 335 votes to Daniel’s 327 votes. These are the tallies as of Tuesday night.

“I am delighted I may have won,” Broyles said. “With my skill set I think I can serve well on city council and help them with their budget. I appreciate Kristina. She did a good job, and I didn’t run against her. I ran for city council. I appreciate what she’s done. The people that served did have their heart in it. I just think we need a new skill set, try to go to a higher level.” 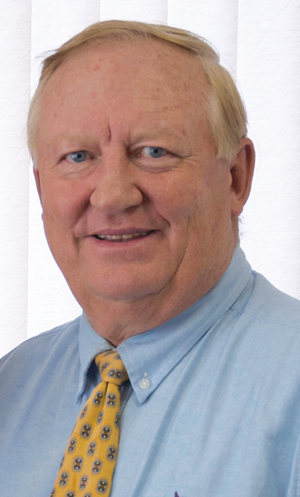 Broyles is a long-time resident of Alamosa and most recently was president and CEO of First Southwest Bank. He has served on a number of local boards including Development Resources Group Board, Alamosa Local Marketing District Board, Alamosa Chamber Development Corporation Board, Alamosa City Planning Commission, Boys Scouts of America, Windsor Hotel Advisory Board and Alamosa Boys and Girls Club Board.

Broyles, who was instrumental in defeating the marijuana questions on the ballot, said, “I think it’s a good day for Alamosa. I am glad Alamosa will remain a clean city. I think it will help us with economic development. I think Alamosa is a winner in this.”

The ballot question seeking approval for medical marijuana stores was defeated by more than 400 votes, 1,275 to 868 votes and the retail marijuana question by an even larger margin, 1,342 to 794 votes.

In other City of Alamosa ballot questions, voters: