ALAMOSA — Thursday night Alamosa met Monte Vista on the mat at home in a dual that the Moose took all but one match for a 70-6 finish. On their way to victory Alamosa earned 5 pins, 4 of which were in the first period. Monte Vista entered Thursday night fresh off a victory over Highlands Ranch by a team score of 42-30. Alamosa meanwhile was participating in the Reno Tournament of Champions in Reno, Nevada.

The no. 2 ranked Mean Moose got things going the right away with a bye victory for Alamosa’s Davian Chavez at 106 pounds. From there Alamosa rolled. Elijah DeLaCerda faced Monte Vista’s Carlos Chacon at 113 pounds and a minute and fifty seconds into the first period it was DeLaCerda registering 6 points for his team with a fall. Kason Smith pinned Nicholas Garcia at 120 pounds. Joe Chavez had control for much of his match with Damian Cassanova at 126. Chavez got 8 near fall points and a takedown before closing the match with a pin.

Decision and technical fall victories from Tyler Kennison and Hunter Smith who each registered a takedown opened up a 39-0 lead. Kolten Hillis earned a takedown before pinning Monte Vista’s Zach Hindes. 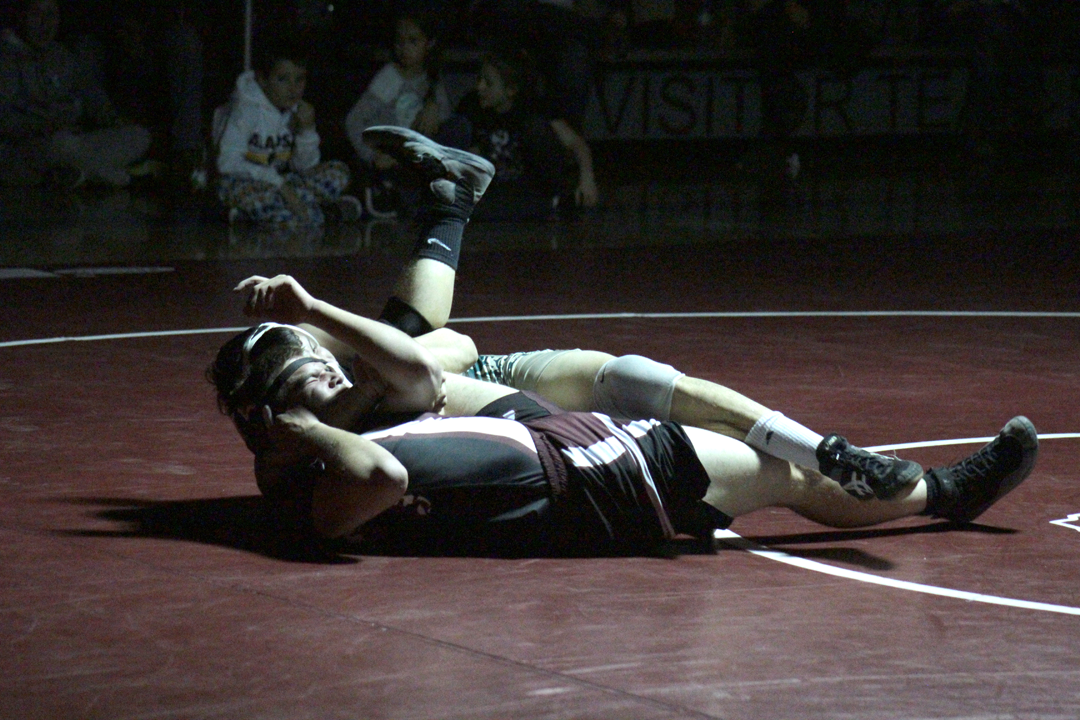 A seesaw match between Andres Mondragon of Alamosa and Ted Pacheco ended with a one-point decision 8-7 in Alamosa’s favor for an insurmountable 46-0 lead for the home team. Monte Vista’s Jacob Chavez showed some fight for the Pirates registering Monte Vista’s only points of the night with a cradle pin of Daniel Choman in the second minute at 170 pounds.

Both Alamosa and Monte Vista wrestling squads with begin their holiday breaks, Alamosa will return to the mat Jan. 5 when they travel to New Mexico for the Conflict at Cleveland at Cleveland High School. Monte Vista will come back on Jan. 6 for the Rocky Mountain Classic in Pagosa Springs. The Classic will feature other valley teams including Center, Centauri, Del Norte, and Sanford.