Artist Wesley Blossom took top honors and a cash prize in the show with sculptures titled Aries and Venus.

The show, which drew 750 guests to Creede, featured artists from the San Luis Valley and from as far away as New Mexico, who came to share their sculpting talents with the region.

The show was set up in Creede’s Basham Park on was judged by artist Sharon McCoy. Local sculpture and participant in previous shows, David Robinson created the awards that were issued during a ceremony Friday night.

The winning sculptures will be displayed in Creede into the fall. CAC also purchased Adams State University Professor Dana Provence’s sculpture titled “Offering.” This will be permanently installed later this year in the Collins Memorial Art Park.

The show came about a few years ago as an attempt to beautify and add artistic decoration to Creede. Each entry is made from various types of material depending on what the artist is most comfortable working with. More than 80 people were on hand for the judging and award show.

The winning pieces ranged in size, from roughly seven inches in height to the purchased piece by Provence which was one of the larger entries. 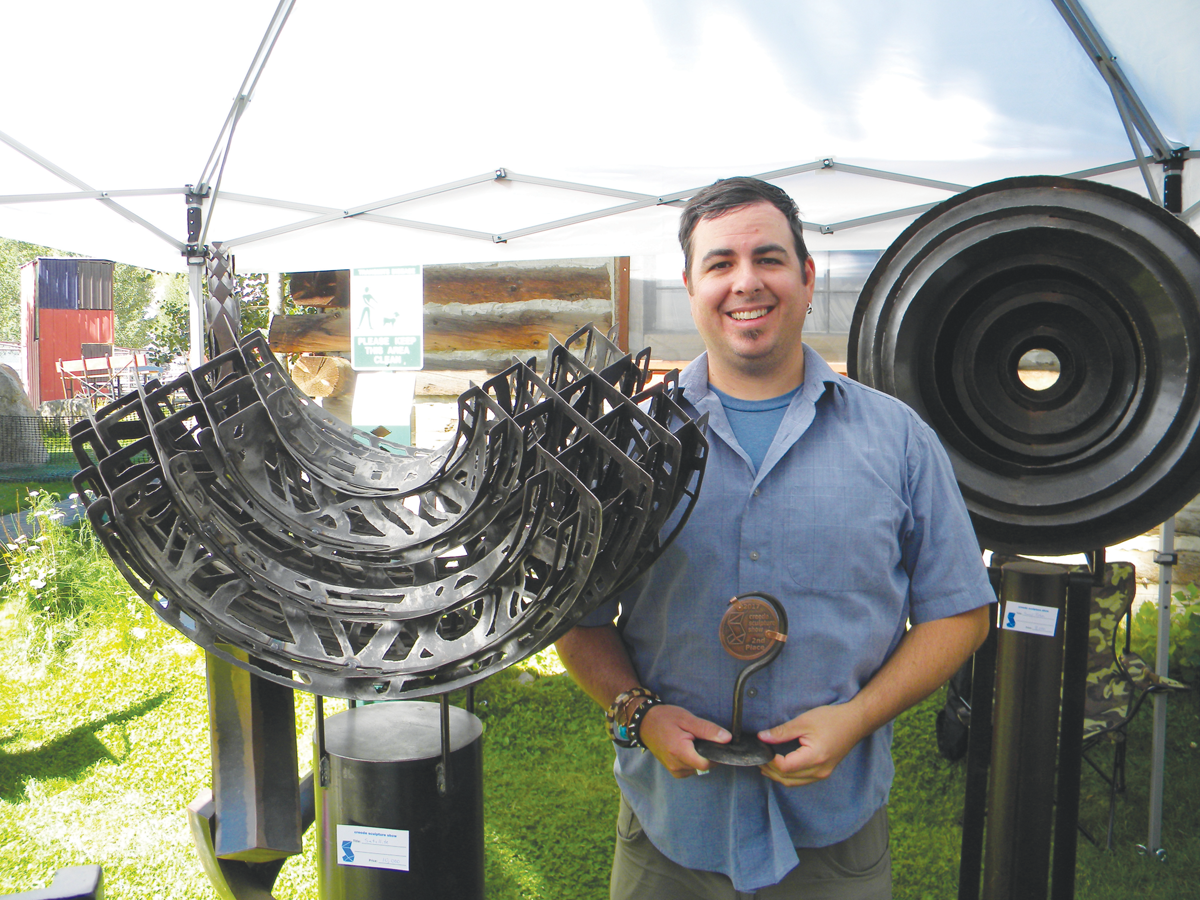 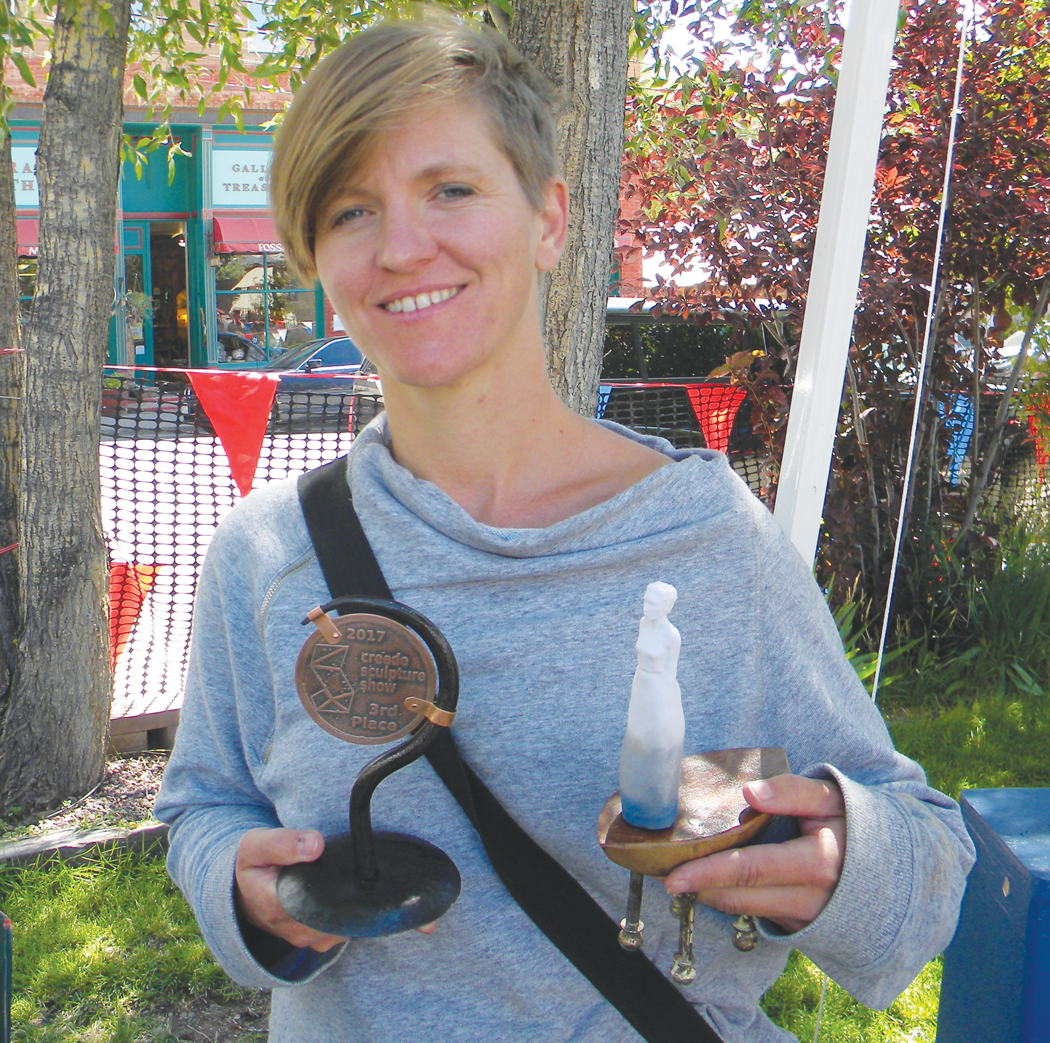 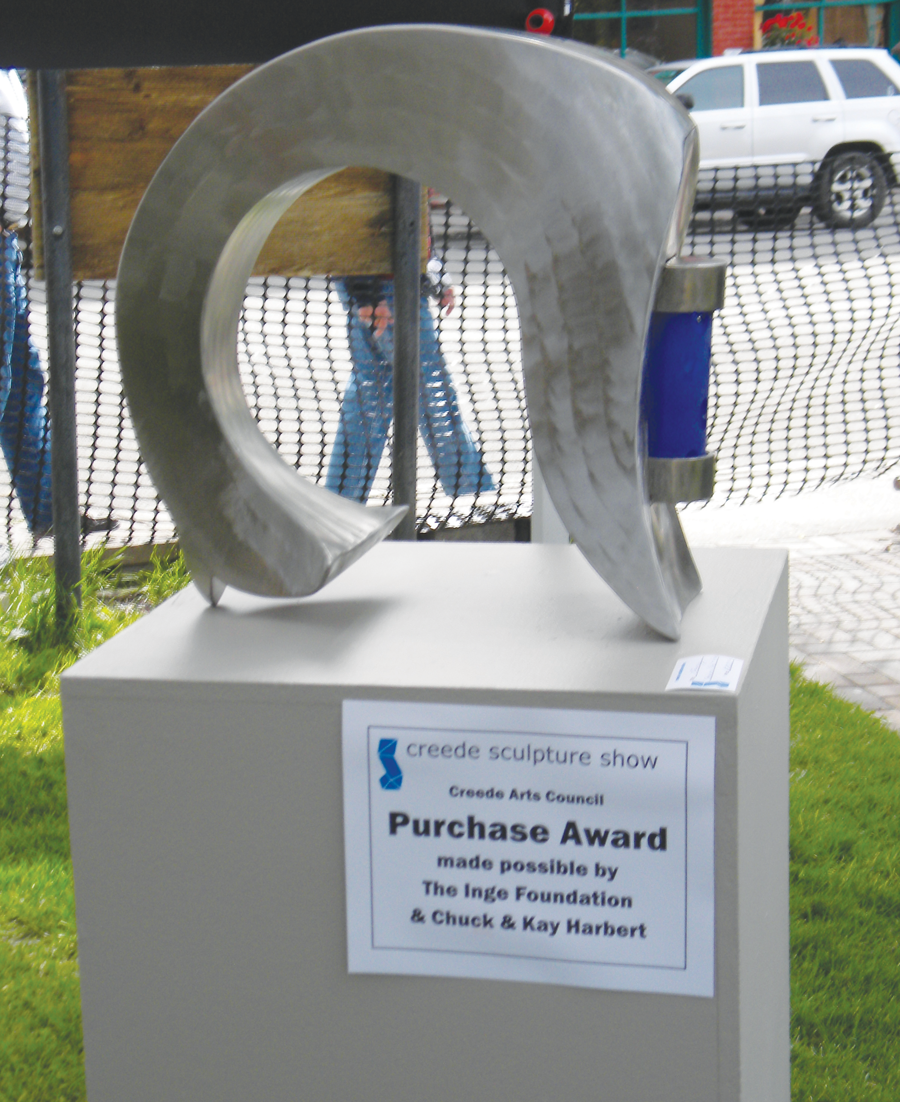