Boys and Girls Club awards Youth of the Year tomorrow

ALAMOSA — On Saturday the public is invited to see the Boys and Girls Club of the San Luis Valley award 2018’s Youth of the Year and Junior Youth of the Year. The winners of the award will go on to compete at the state and nation level in hopes to represent the organization.

Like last year the regional Youth of the Year winner who exemplified the club’s mission will receive a full-ride scholarship to Adams State University. Unlike last year, the program will be held over dinner instead of breakfast and the entertainment will be slightly different.

Attendees will be treated to a two-act, 40-minutes variety show put on by the club’s own kids. The children crafted the stage, set the lights, and chose participating acts like a dance performed at intermission and musical numbers. ASU’s a cappella group 68 West will accompany the boys and girls in song.

“Who best to show what we do than the kids?” said BGSLV Director of Operations Claire Lara. “They love it.”

The play is made up of a series of non-linear vignettes illustrating club kids growing up from ages 6 to 14. Drawing from their own personal experience at the club, the group of roughly 20 young volunteering actors helped write the script and have been rehearsing for the past three weeks.

“They really enjoy being on the stage,” said writer and director Madeleine Ahlborn.

While watching the premiere performance guests will enjoy a meal of fresh salad, hearty soup and banana ice cream created by BGSLV kids using ingredients from the club’s greenhouse.

Captions: Members of the Boys and Girls Club of the San Luis Valley practice singing “Seasons of Love” from “RENT” for Saturday’s ceremony. Adams State University’s a cappella group 68 West will accompany the boys and girls in song./Courier photos by Jefferson Geiger 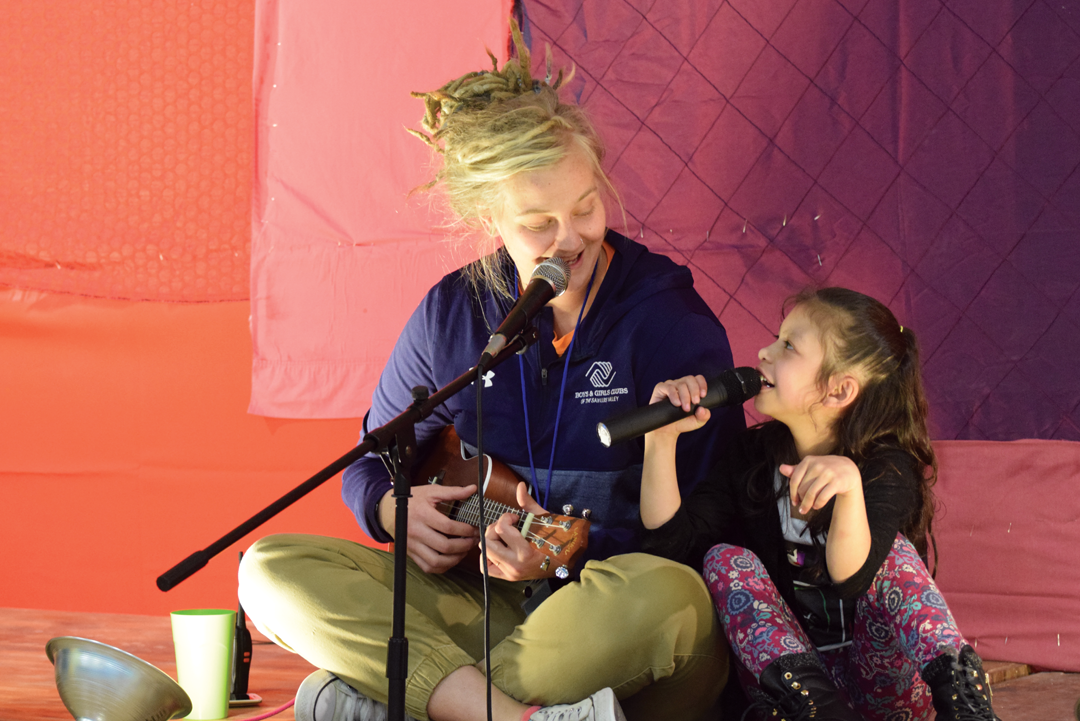 Boys and Girls Club of the San Luis Valley Program Director Jenna Lee Eaton, left, plays ukulele with Raeleeana Romero, 9, as they rehearse for Saturday’s event. Romero has been going to the club for the past three years.