By: Margaret Sanderson - Updated: 4 years ago

“He’s one of the best programmers I’ve ever taught if not the best,” said Clements.  “One of the reasons he’s successful, besides that he speaks computer, is he learns on his own and absorbs anything he reads.  He did all of the programming for three of our robots.”

Alworth said, “Currently, I am working on creating a video streaming program to allow our robot to send us high-quality live video streams.”

The college isn’t the only one benefitting from Alworth’s expertise. Home schooled and self-taught, he serviced the family computers and then his friends’ computers. Then others wanted his assistance.  When he was 16, he and his family opened a computer repair shop.  At first, he serviced mostly personal computers, but when local businesses learned of his prowess, he began to maintain their systems as well.  That has evolved into computer maintenance for the City of Trinidad, the Las Animas County Sheriff’s Office, E-911 Authority, the town of Aguilar and many other businesses and private customers.

At Trinidad State, each of the nine robots the team members have created have acronyms that represent their unique characteristics.  The fifth robot the team created, Allen (Autonomous Logical Land-based Electronic Navigator), was the first one Alworth programmed. It was also the first ever robot to complete all six sand challenges of increasing difficulty at the Colorado Space Grant Consortium competition in April, 2014. That event happens each year at the Great Sand Dunes National Park and Preserve. Considering most colleges represented were four-year schools, winning was extra special for the two-year community college students. 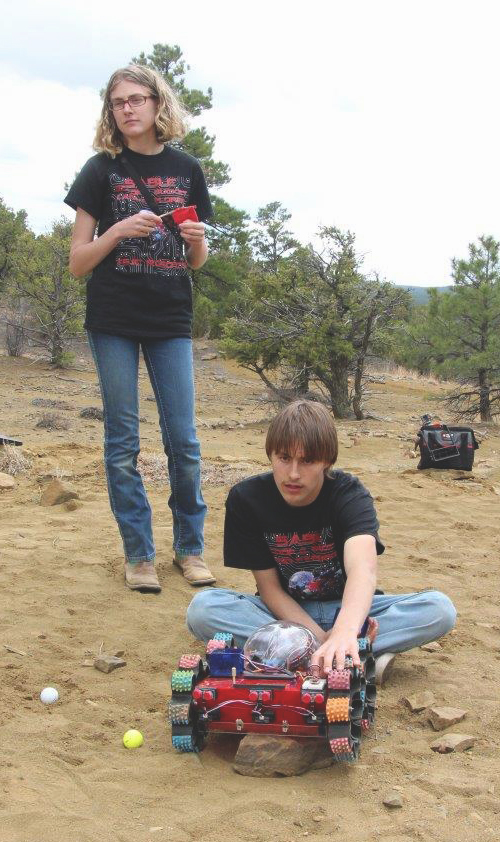 In April 2015, once again, the Trinidad State robot was the only robot to complete all six challenges at the Sand Dunes competition. BEK-E (Beacon Electronic Kinect Explorer), the program’s sixth robot, was also programmed by Alworth. “The newest Xbox game consul can detect movements and can see you and know what you are doing without the use of a joystick,” said Alworth. “I was able to get into it and make the connector send its data to our robot’s processor,” he said. “That way BEK-E could actually see colors and get a 3-D perception of the landscape, seeing where the obstacles were and planning ahead to avoid them.”
In April 2016 the Trinidad State robotics team excelled once again with the new and improved Sable (Scoop and Bucket Land Explorer), robot number 7. Alworth programmed this one too. Not only did it identify a specific color, but it completed the extra credit challenge and found the orange golf ball and retrieved it! Sable was the only robot to complete this extra-credit challenge although robots from other schools were now completing the first six challenges. 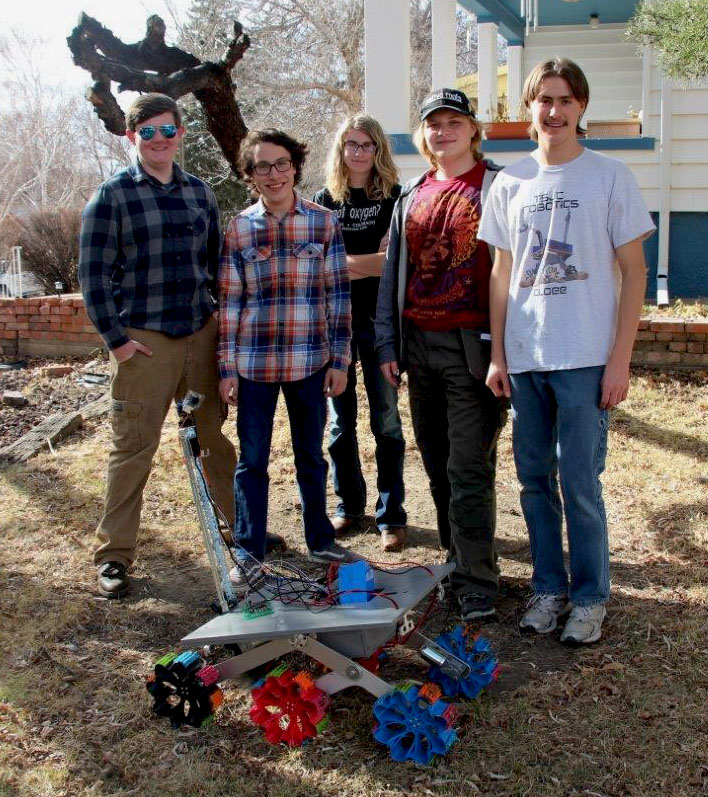 In June 2016, NASA invited Alworth along with two classmates, Colin Pratt and Jordan Jones, to the Wallops Flight Facility near Chincoteague, Virginia, where they had the opportunity to work with a group of people to build a payload, sensors housed in a unit that are launched in a rocket.  Five different sensors in this payload logged data about humidity, temperature, pressure, radiation and acceleration.

When NASA (National Aeronautics and Space Administration) heard the Trinidad State robotics team was practicing with their eighth robot, CLOEE (Camera-controlled Land-based Optical Electronic Explorer), they invited the team to practice in their Mars Yard at the Lyndon B. Johnson Space Center in Houston, Texas in May 2017. Trinidad State was the only community college invited.  Thirteen team members participated as CLOEE was controlled by the team, sight unseen, as they relayed messages to the robot from a command center.

Alworth, who is now 19, will graduate this spring. “When I am not doing robotics, I still enjoy working on cars, taking care of the different animals that we have, and hiking and biking,” said Alworth.  “I also like experimenting with different electronic devices.”

Alworth is considering Colorado Mesa University in Grand Junction because the university has a good space program. Working for NASA, possibly in their Mars rover program, appeals to him.