Nate Anderson tallies 4 touchdowns as Falcons make it 11 in a row.

MONTE VISTA — The Pirates and Falcons got a beautiful day for football on Saturday, they kicked off quarterfinal action with a 35-7 game that Centauri added to their impressive resume.

Centauri took down Colorado Springs Christian at home 21-7 while Monte Vista had to earn a tough road win over Clear Creek 39-34 to get to the quarterfinals.

The Falcons took 4 minutes on the first drive of the game going the length of the field to go up by a score with a Nate Anderson touchdown to Brandon Buhr. 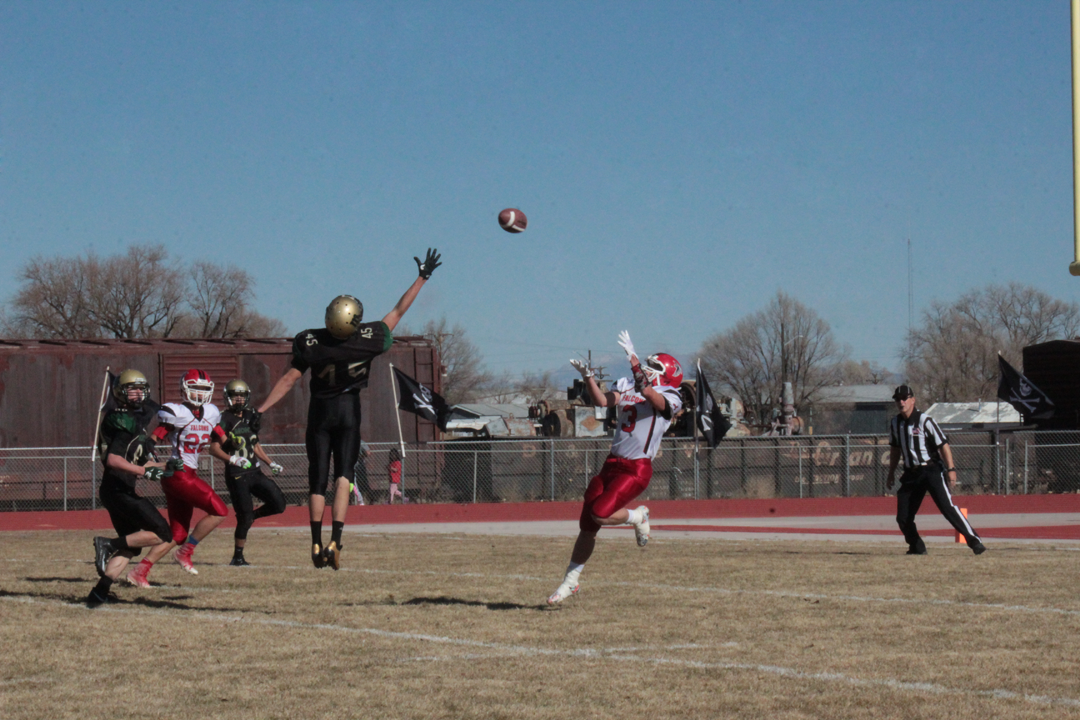 Jacob Chavez (45) can't get enough elevation to deflect Nate Anderson's pass, Centauri's Brandon Buhr (3) would take the reception for a Falcon touchdown to go up 7-0.

The first quarter would breeze by in a flurry of flags and effective defense. After suffering their first turnover on a fake field goal Monte Vista was keenly watching for their opportunity. It didn’t take long as a pass sailed and Enrique Ortiz got the ball back for the Pirates, unfortunately they couldn’t sustain the drive and were forced to punt.

On the next Monte Vista possession the turnovers began as a fumble went to the Falcons just outside the red zone, less than a minute later Anderson was sneaking in from a yard out to make it a 14-0 ball game.

The following drive, a handoff was stripped and the Falcons got another shortened field, this time the Monte Vista defense held forcing a turnover on downs. Monte Vista would run out a half that took less than an hour to complete.
Monte Vista opened the second half with possession eager to put that first half behind them. Centauri would interrupt the next three Pirate drives with takeaways.

The first was an interception that went to the house by Jackson Price. The second was a fumble recovery by Bennie Chacon that resulted in Anderson finding Buhr for his second passing touchdown of the contest. And the third was Chacon again with an interception that Anderson turned into 6 with his second rushing touchdown and fourth touchdown overall. After the dust settled from the Pirate miscues Centauri found themselves on top 35-0, 28 of those points coming off turnovers. 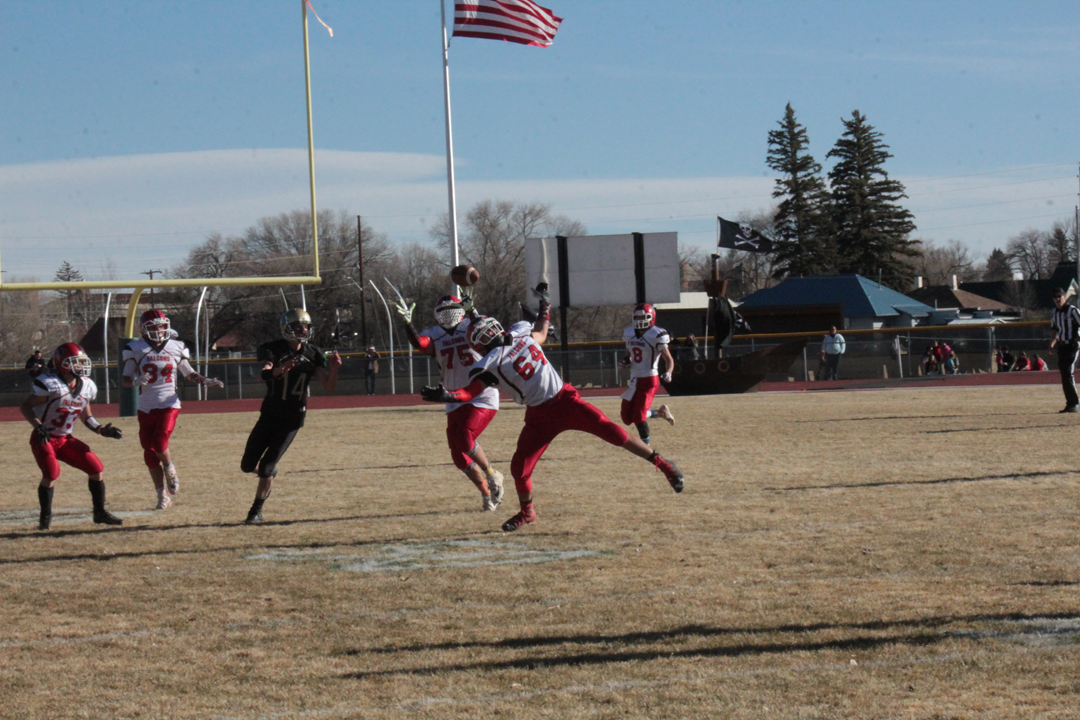 Bennie Chacon (75) steps in front of Monte Vista's Zach Hindes (14) for his second takeaway in the last two drives.(Courier photos by Stephen Jiron)

The Pirates opened the fourth with a 24-yard touchdown from Kaidon Wenta. Down by four possessions it was too little too late. Neither team would reach the end zone for the remainder of the contest for a final score of 35-7.
That same afternoon number ten Limon knocked off number 2 Meeker, setting the stage for the semifinals Centauri will face the Limon Badgers to see who is going to the state championship.

Valley Review: Sargent went up north on Saturday to meet the West Grand Mustangs in a rematch of last year’s quarterfinals. Sargent came up one possession short in a 24-30 effort that is a difficult ending to an otherwise encouraging season.

Look for both Sargent and Monte Vista as they take the basketball courts later this month.