Boys repeat for the second year in a row, Girls make it 3 years running.

The Centauri girls and coaching staff pose with their T-shirts on Saturday night after defeating Del Norte 76-56 to win the Mountain Top Classic for the third straight time.

The girls took the court first, Centauri took down Sargent 49-20 and breezed by Olathe 72-20 on their way to the final game. Del Norte took Las Animas apart 67-35 and got the better of Salida 59-43 to make their way to the Championship. In the first half the two teams wrestled for control with Del Norte taking a 3-point lead going 40-37 into the locker rooms.

Centauri exploded in the third quarter; they bottled Del Norte up only allowing 7 points while they ripped off 15 of their own. Then throughout the fourth the Falcons silenced Del Norte all together going on an 18 point run. By the time Del Norte answered back they were on the wrong end of a 70-52 game with five minutes to play.

Centauri coasted to a 76-56 come from behind victory. Both teams were recognized after the game with Lacie Jones and Kendra Parra being given All-Tournamenthonors for Del Norte, and Ember Canty, Melissa Wilson and Caroline Van Berkum being honored for Centauri. 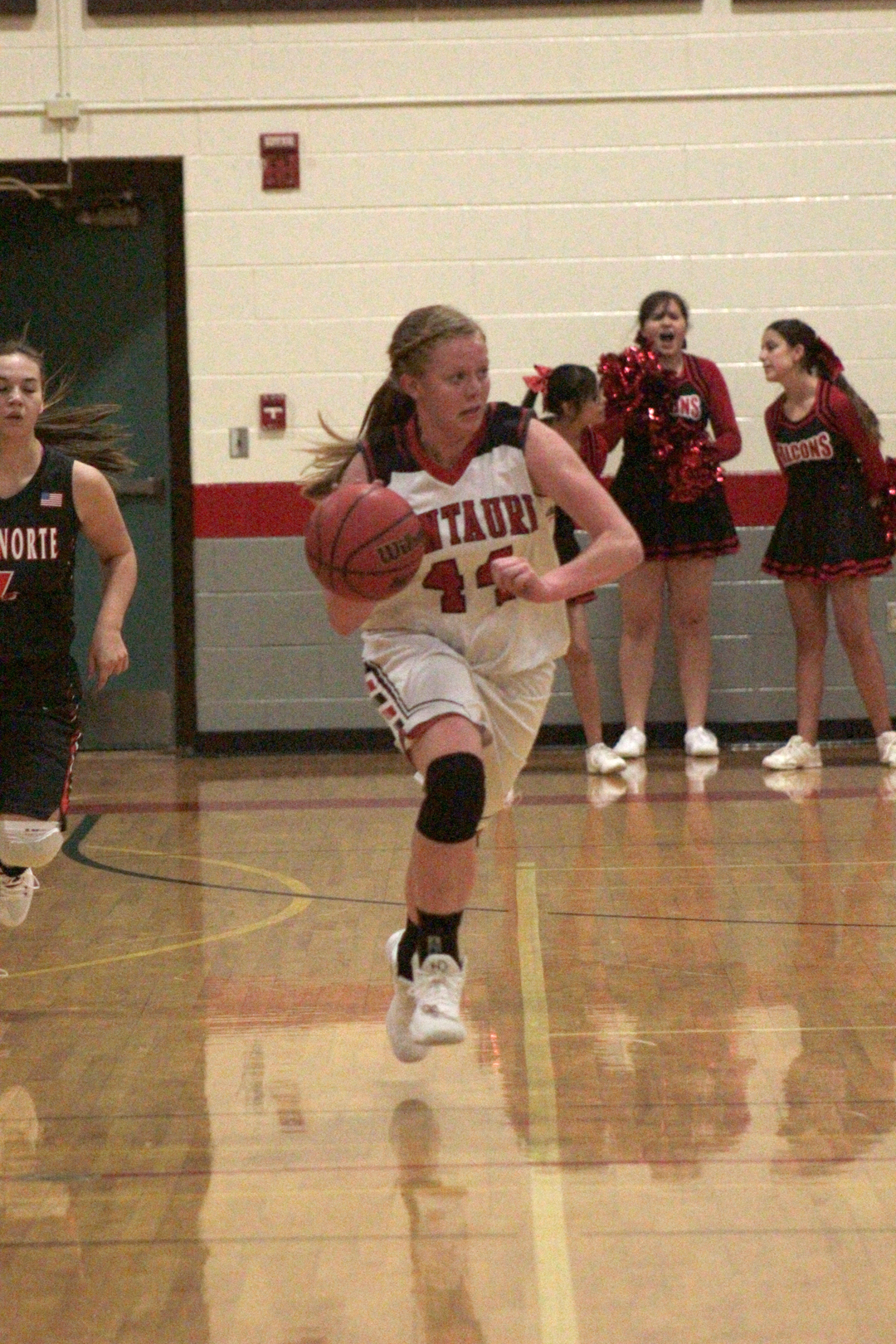 Caroline Van Berkum brings the ball up court during Centauri's victory over Del Norte Saturday night. Van Berkum was 5 for 10 and ended her night with 21 points.

Van Berkum led the team with 21 points going 50 percent from the field. Following Van Berkum  was Alyssa Gomez who was accurate from beyond the arc going 3 for 5 and totaled 19 points. 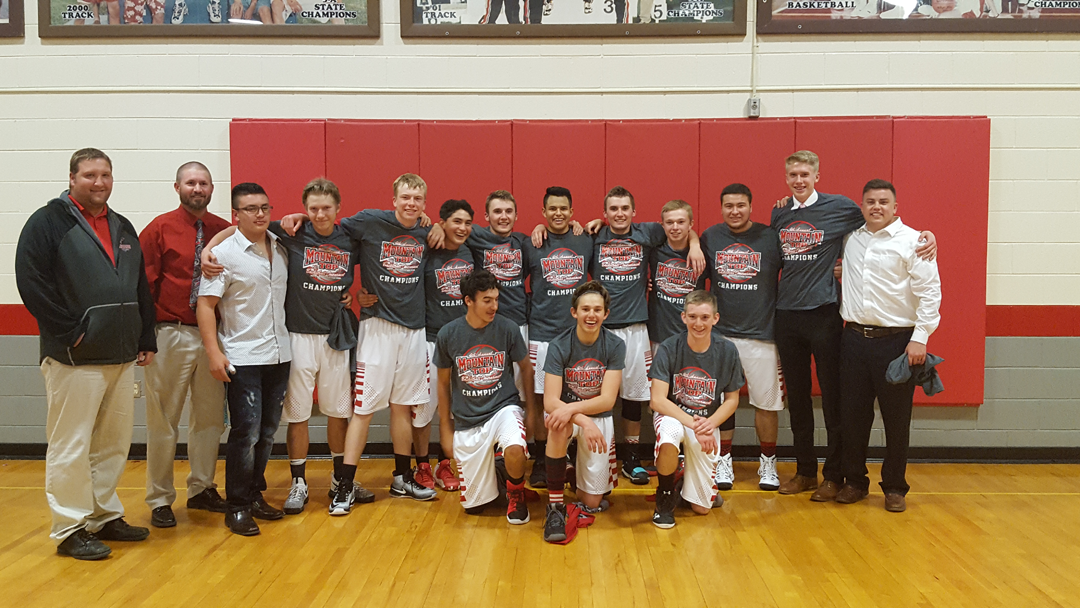 The Centauri boys and coaching staff pose after their thrilling overtime victory over Del Norte marking their second time winning the Mountain Top title in the last two years.

The boys followed an nearly identical route to the championship; Centauri would play the third ranked Tigers as well. The game even seemed to follow a similar story line. Del Norte came out hot and took a 25-19 lead to the midway point. The Tigers kept their foot on the gas through the third going 17-12 into the final chapter.

With less than 2 minutes to play Centauri was within one. Del Norte played keep away driving the clock to 18 seconds when the Falcons caved and send Andy Diaz for his second trip to the free throw line in the last two minutes. Diaz was good for 1 to make it a 49-51 game. A Centauri foul gave Del Norte another possession where Centauri was forced to foul again this time sending Carlos Parra to the line with 4 seconds to go. Parra would add one more making it a three-point game. 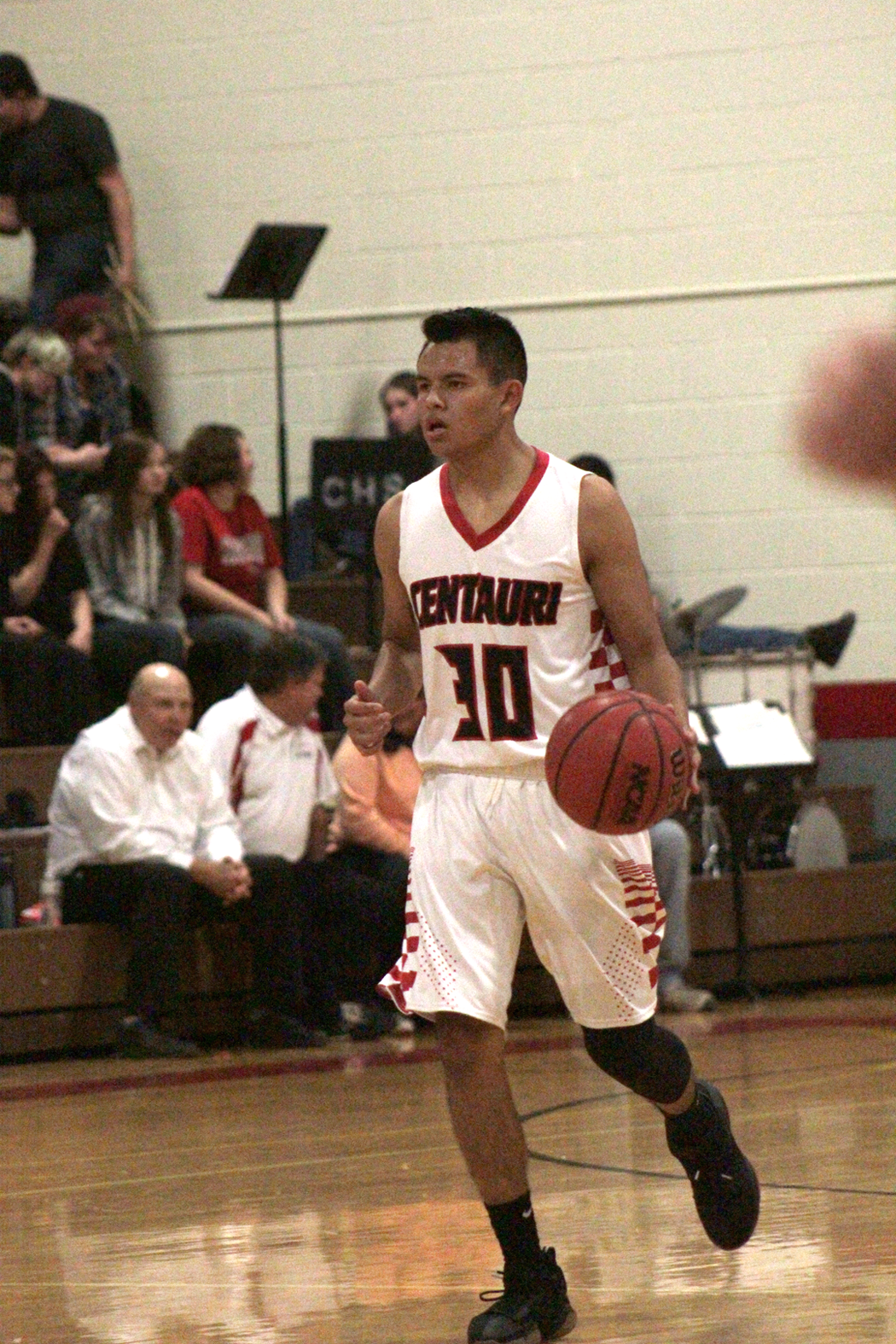 Martin Garcia lets the offense get in position during the Falcons win at home Saturday night. Garcia was an integral part of the Centauri win leading the team in points.

Centauri had four seconds to tie the game, and Nate Anderson chose Freshman Trey Crowther for the inbound. Throughout regulation Crowther had yet to get anything to drop. But with seconds slipping away Crowther settled into a soft spot and put one up. When the ball hit net the whole auditorium exploded, Centauri had tied the game. In the overtime period Centauri would continue to outpace the Tigers. Crowther wasn’t finished punishing Del Norte as the Tigers sent him to the charity stripe three times in overtime and he made them pay cashing in on all six shots.
Centauri closed the night with a 66-58 victory to claim the Mountain Top Championship. Izeah Peterson and Carlos Parra were named All-Tournament after the game for Del Norte while Martin Garcia, Nate and Sam Anderson were named for Centauri. Garcia put together a great game with a team leading 21 points hitting on 53 percent of his shots. Crowther pulled his weight as well collecting 9 points off the bench.

Del Norte won’t have to wait long for a shot at payback, as both teams will be participating in the La Junta Holiday Shoot-out tournament from Dec. 7-9. Centauri will start the tournament against Fowler at 4:30 p.m. while Del Norte goes against the host La Junta Tigers at 7:30 p.m.

Elsewhere in the Valley:
At the Sangre de Cristo Thunderbird Shootout the Antonito girls faced the host Thunderbirds to decide a champion. Sangre de Cristo edged the Trojans in a  46-45 game. While Creede overcame a 23 point onslaught from Sierra Grande's Arthur Rodriguez on the boys side to take the game 63-47 and become champions. The Miners were floated by the pair of Casper Freedle and Isaac Borchers who combined for 32 points. 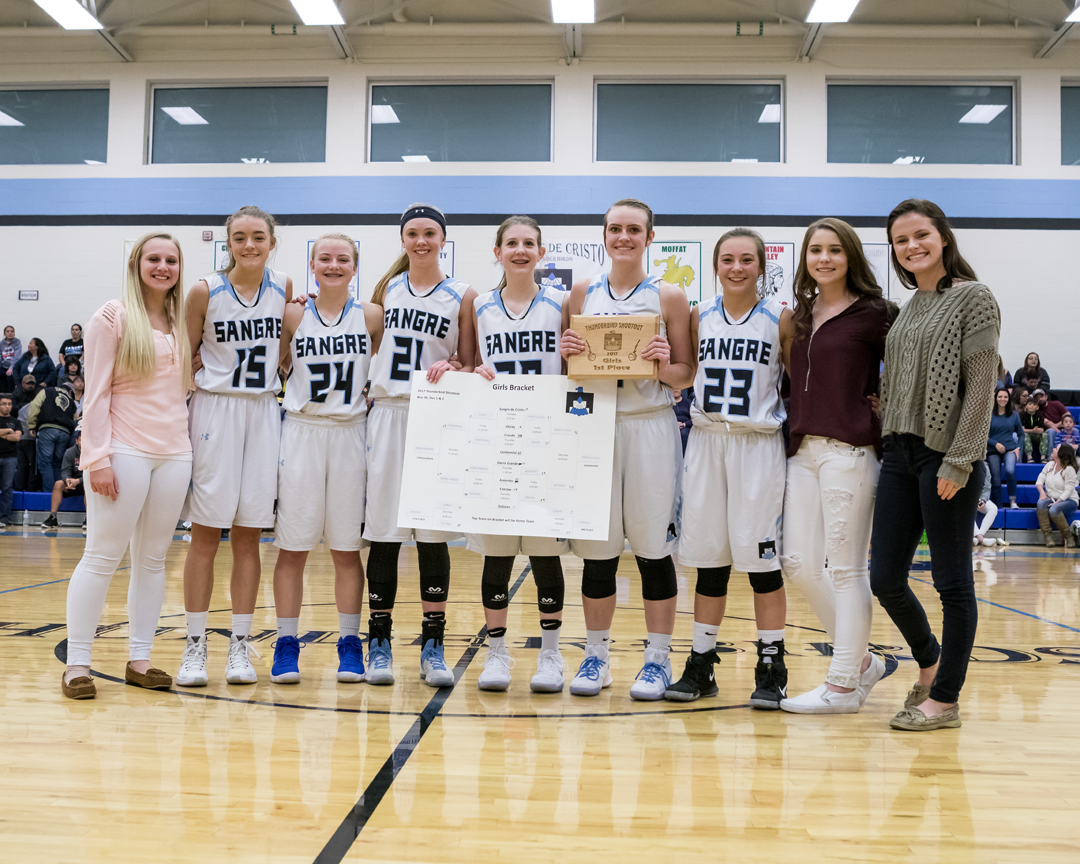 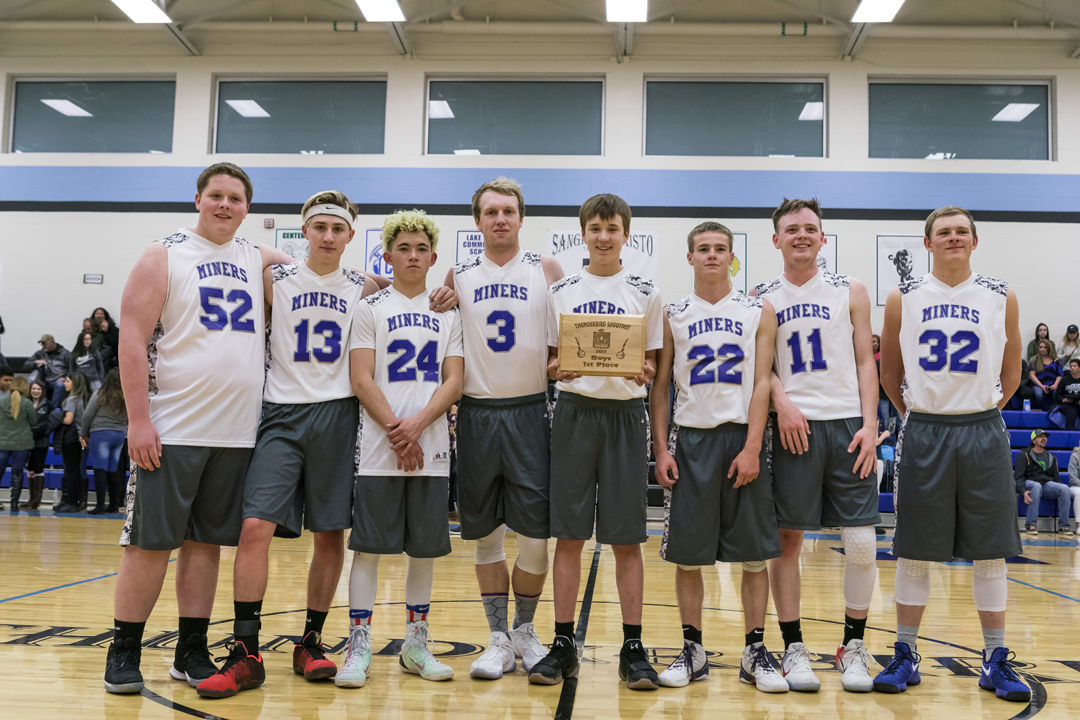