Championship games are set in La Jara and Mosca

Arthur Rodriguez (3) prepares to defend Josiah Vasquez (10) of Cheraw. Creede and Sierra Grande will face off Saturday night to crown a champion of the boys Thunderbird Shootout 7:30 p.m. Saturday.

MOSCA — The temperatures outside may be dropping but things are heating up on the basketball courts of the valley. Day two of tournament play is now in the books and the number one spots are looking a lot less murky.

At the Thunderbird Shootout it was Antonito girls versus Cheraw to begin the pre-championship games. In the first half it was all Trojans, 16-5. The girls looked to be poised for a blow out. But in the second half Antonito came out sluggish and got out-scored 17-22. 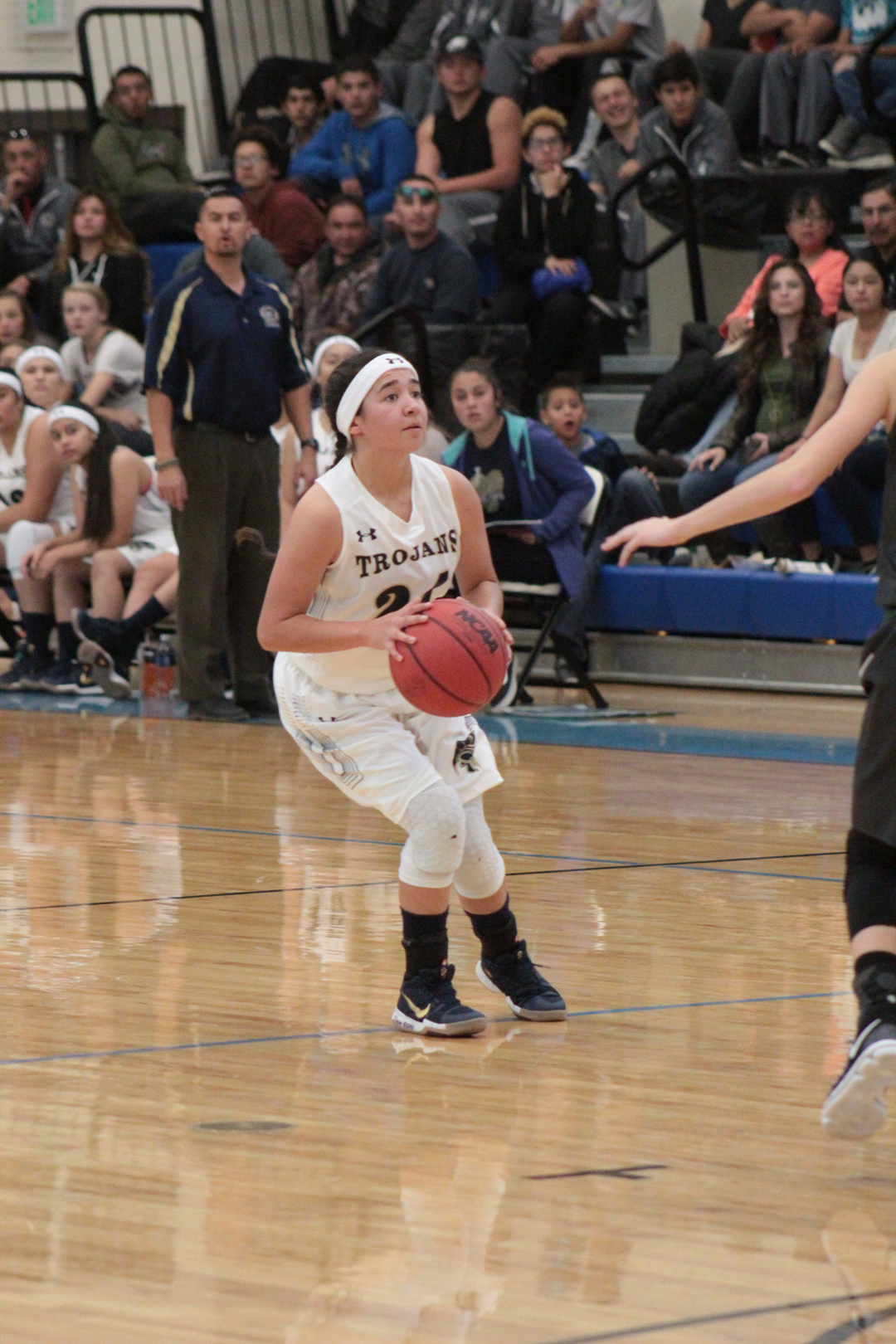 Joslyn Garcia rears up checking out the angle for a shot late in Antonito's  close win over Cheraw.

Late in the fourth Antonito was weathering a Wolverine comeback. Cheraw had whittled the lead down to 5 points when Antonito senior Joslyn Garcia hit a three pointer to give them breathing room. Garcia was 3 of 5 from beyond 20 feet and lead her team with 15 points. Antonito came away with the win 33-27. 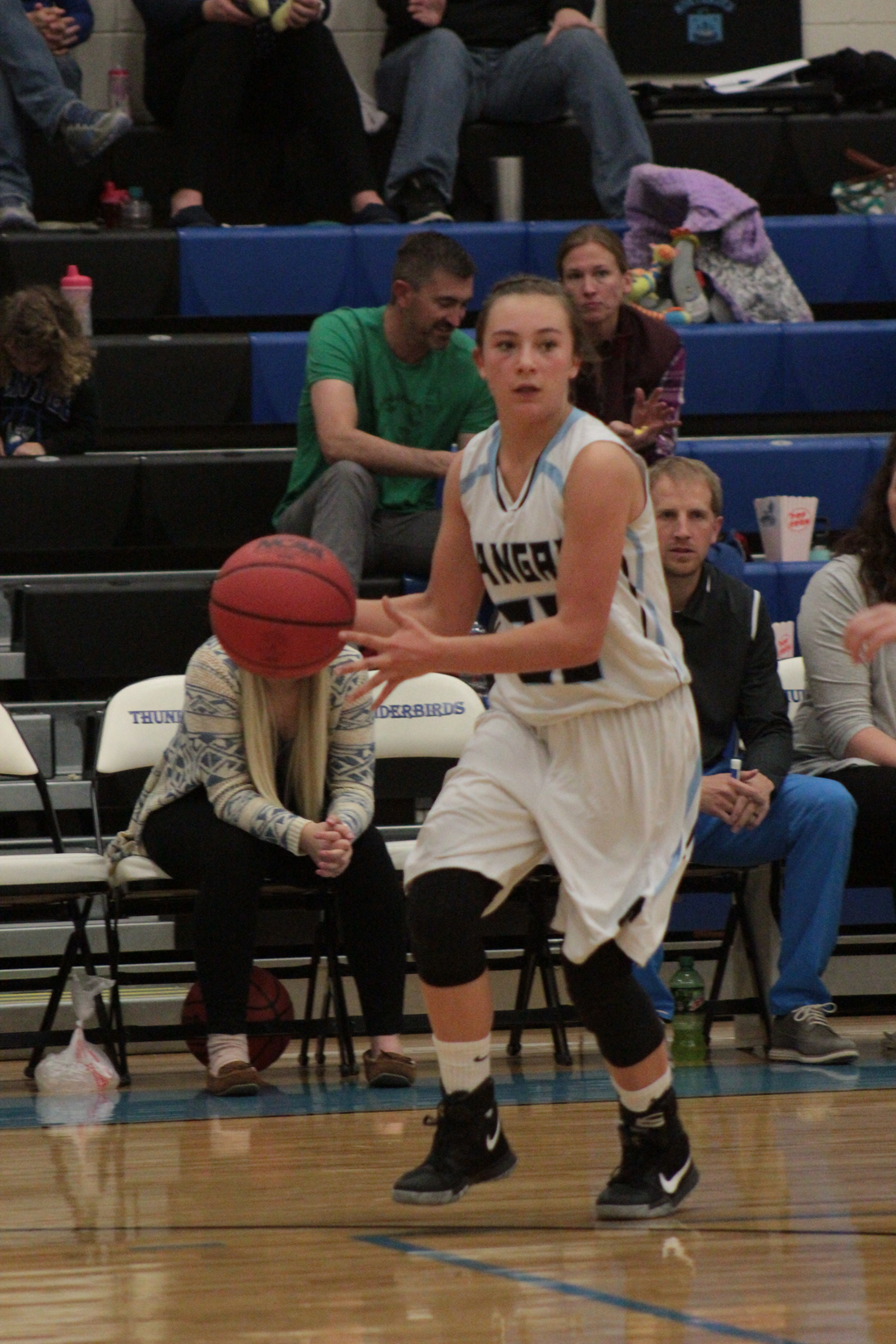 Kylee Christensen brings the ball up court looking for an outlet. Garcia and the Trojans and Christensen and the Thunderbirds will meet Saturday night at 6 p.m.

Meanwhile the Sangre de Cristo girls who played later the same night earned a decided victory over Creede. It was a close game at first with both teams going back and fourth in the first quarter. Creede carried a 13-10 lead into the second quarter.

But the Miners went into remission allowing Sangre de Cristo to go on a 22 point run. That streak proved insurmountable, as Creede was unable to recover and only managed 8 more points for the remainder of the game. For Creede it was Jennyfer Kemper who was the main producer, Kemper accounted for 66 percent of the Miners offense tallying 14 points and going 75 percent from the field.

Junior Jessica Slane was a force for the Thunderbirds sinking ten buckets and hitting two more from the free throw line to total 22 points. Also showing out was Kylee Christensen. Christensen was responsible for both Sangre de Cristo three pointers and contributed 14 points to the Thunderbird show of force. The 71-21 victory for Sangre de Cristo set the championship showdown with Antonito slated for Saturday night in Mosca at 6 p.m.

Sierra Grande’s boys came in fresh off their victory over Antonito on Thursday to face Cheraw. Led by Arthur Rodriguez the boys got into a rhythm and starting burying threes by the bunches taking out a 36-18 lead at the half.
The arc cooled off considerably in the second half for the Panthers with their downtown shot percentage settling to 38 percent. Rodriguez paced Sierra Grande with 29 points going 55 percent on his shots. 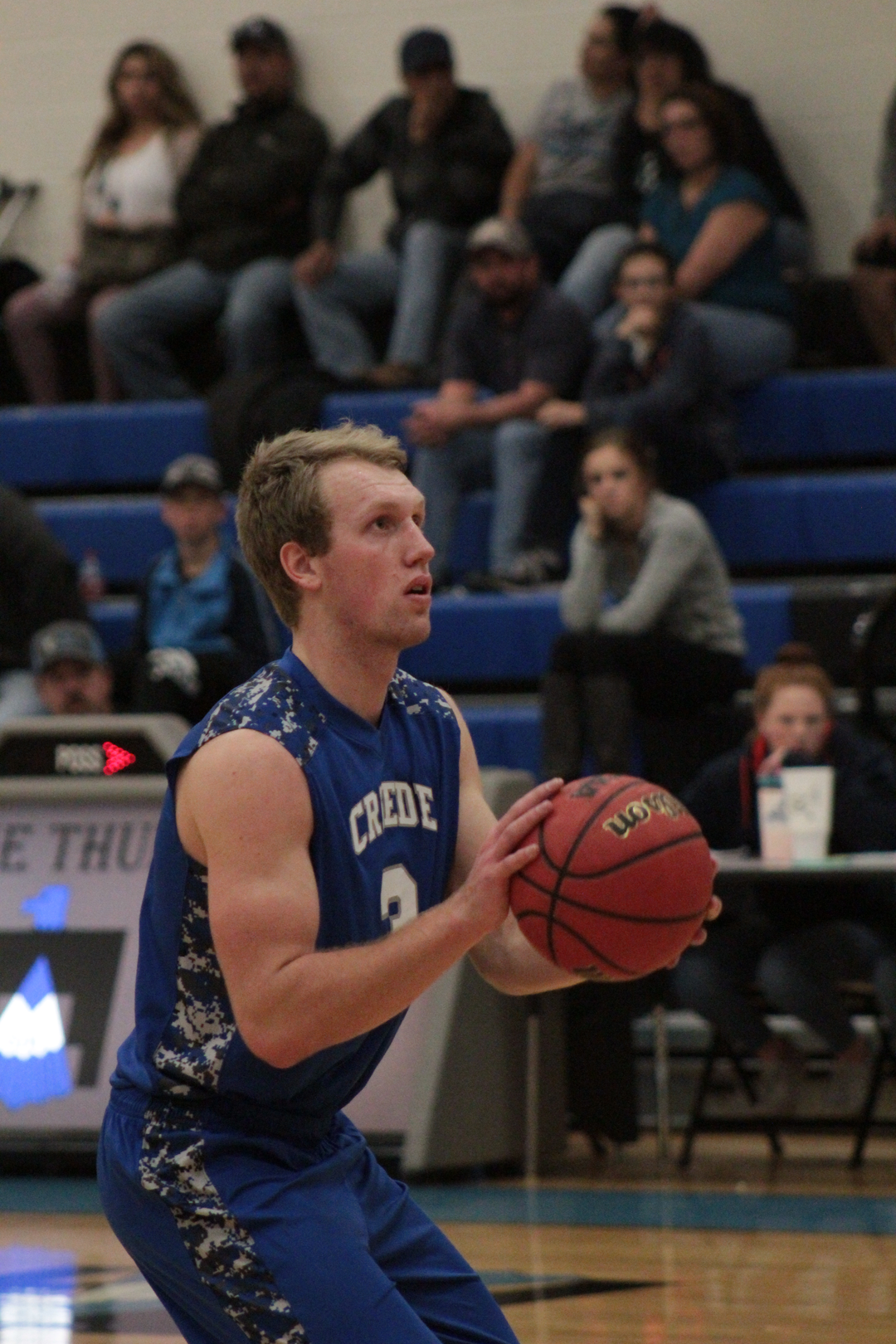 Rodriguez was followed in scoring by Israel Martinez.  Martinez posted a 16 points going 70 percent from the field and was perfect on the one 3 pointer he attempted. The Panthers earned a 58-47 victory en route to facing Creede in the Championship at 7:45 p.m. tonight.

Elsewhere in the Valley:
In the Mountain Top tournament both Championships will be Del Norte at Centauri starting with the girls Saturday Dec. 2 at 5:30 p.m. Alamosa swept their matchups with Montrose as Shawn Cody got his first win as the Alamosa Girls Basketball head coach.