Event organizer Jenna Zak explains the logistics of the People's Climate March to participants on Saturday outside of Adams State University's Carson Auditorium. Roughly 70 people marched in support of the environment to raise climate change awareness and there were over 300 other sister marches happening across the world. 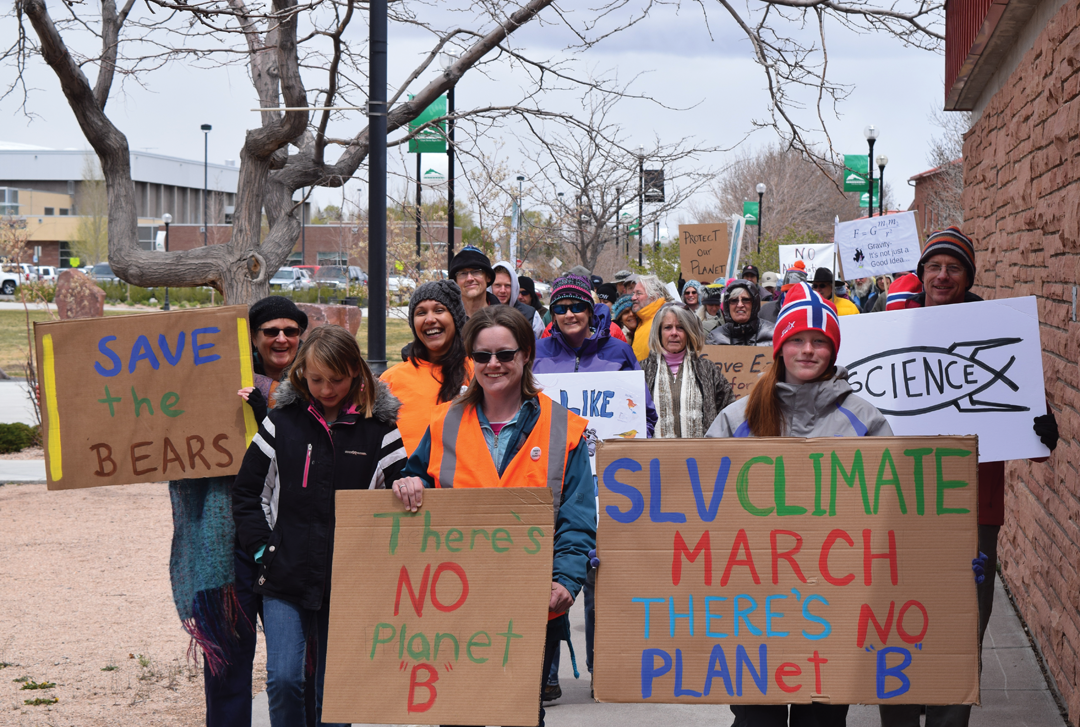 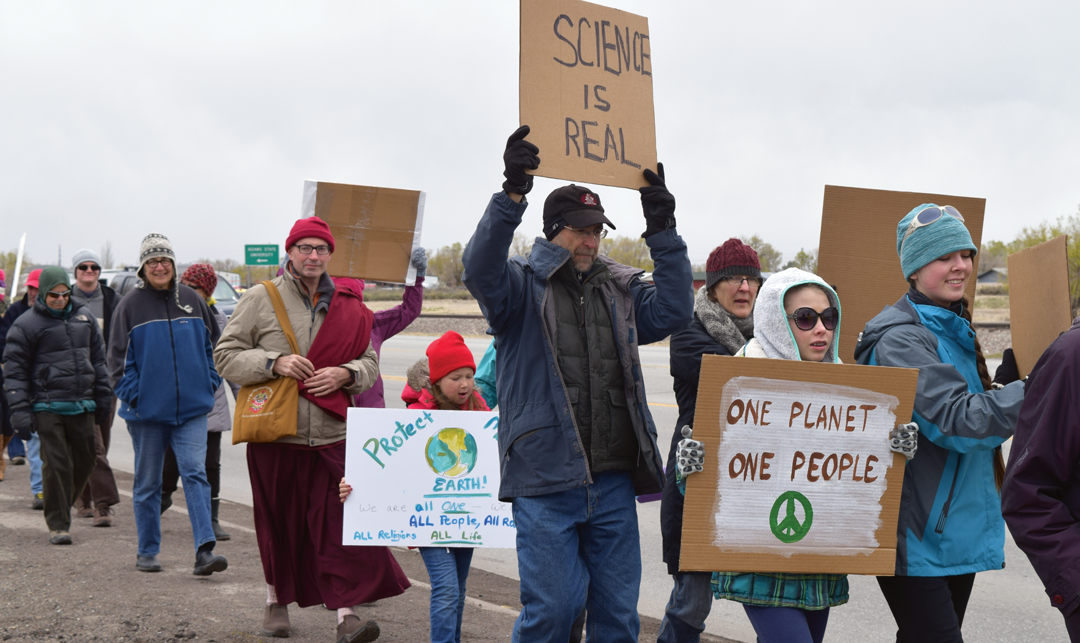 Supporters chant "There's no planet B," while marching in the windy weather on Saturday. Multiple cars honked in solidarity as they walked along the highway. 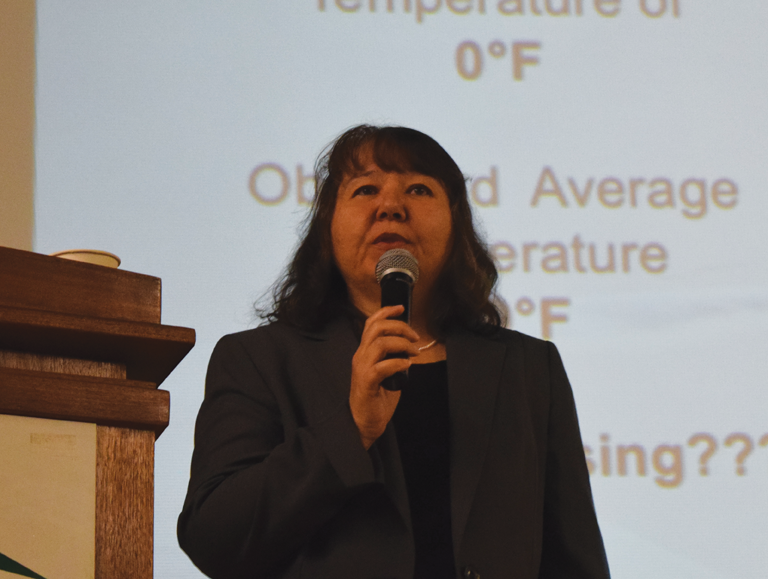 After the march Cindy Bruyère, the deputy director of the Capacity Center for Climate and Weather Extremes at the National Center for Atmospheric Research gives a presentation on climate change at Cason Auditorium on Saturday. "2016 was the warmest year we experienced as humans and 97 percent of scientists agree that it is due to human activity," said Bruyère. 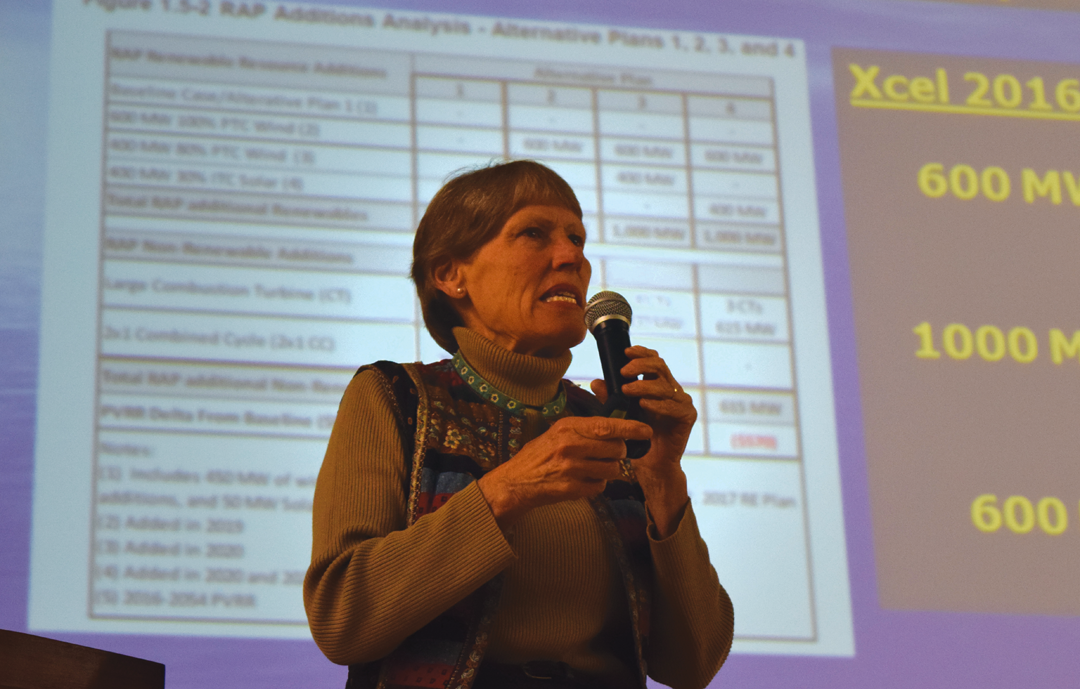 Leslie Glustrom, director of research and policy at Clean Energy Action in Boulder, ends Saturday's event by talking about Colorado's high potential for renewable energy. "We can decarbonize our electricity, if we decide to do it," said Glustrom. She wants to retire all Colorado coal plants by 2030 or sooner.