The Colorado Grand is an annual charity tour for 1960 and earlier sports and race cars of distinction. The tour attracts entrants from around the world and always includes several 1920’s and 1930’s cars.

The event is run with the cooperation of the Colorado State Patrol and in towns where they have lunch such as Saguache, Lake City, Walden, Paonia, Salida, Ridgway, Hotchkiss, and Meeker, spectators are invited to see the cars and meet their owners.

The Colorado Grand currently generates well over $400,000 annually for small Colorado charities and Western Slope towns as well as college scholarships to graduating high-school seniors in those towns. Cumulative donations since 1989 are over $6 million.

Checks were presented this week to Center for Restorative Programs (CRP) in Alamosa, Mountain Valley School Science Club in Saguache, and Valley Citizens Foundation for Healthcare in Del Norte. The total amount donated to the three organizations was $36,000.

To learn more about the Colorado Grand or the organizations receiving donations this week, visit the websites below. 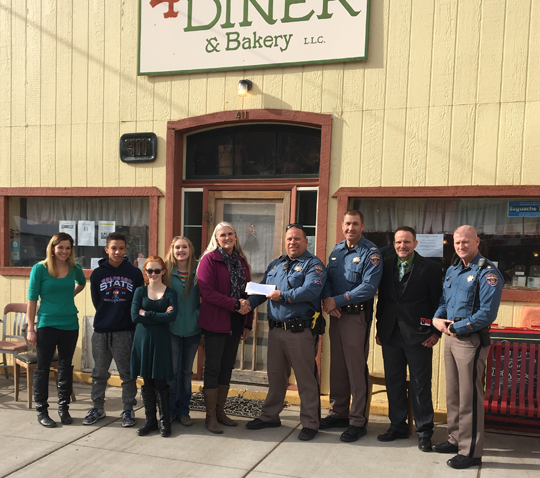 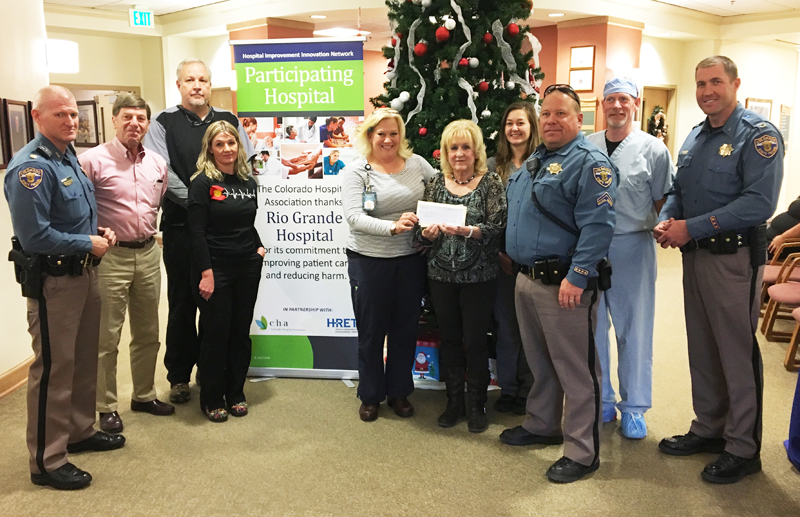 Colorado Grand and the Colorado State Patrol present a donation to Valley Citizens Foundation for Healthcare in Del Norte.