By: Katie Dokson - Updated: 4 years ago

Community members began arriving early to find the best seating in anticipation of the performances. Mayor Ty Coleman; Nick Saenz, president of the board for the Sangre de Cristo National Heritage Area; Helen Sigmond, Alamosa County Commissioner and member of the SdCNHA board; and Scott Graber, San Luis Valley Brewing Co. owner, took the stage to welcome the crowd to the first annual event.

Los Vecinos Bailadores took the stage first with traditional dances. Eight couples from around Antonito and Taos came to perform dances that originated in Spain and have withstood the test of time in the San Luis Valley. The couples performed several old dances and then asked the crowd to join in on the Broom dance and La Marcha to close their set. Joyce Lopez said, “We just want to keep our ‘old’ traditions and cultures alive. Our parents and grandparents did these dances here before and after the war. If anyone would like to join we meet at the Dutchmill in Antonito on Monday’s at 6 p.m. and it’s free to the public!”

Next up was Las Semillas de la Tierra, a local Folklorico dance group through Adams State University. The group ranges from beginner to advanced and they perform a variety of traditional dances in full costumes from Veracruz, Jalisco, Azteca, Baja Norte and Sinoloa regions. The group was started by Patsy and Herman Martinez in 1972 and is now led by Domingo Estrada who said, “Locals can join our group free of charge for beginners class on Tuesdays at 6 p.m. The adult advanced group meets Tuesdays and Thursdays from 7-9 p.m. and the Intermediate group meets 6-7 p.m. on Thursdays. All practices take place at the East Campus Gym at Adams State.”

After the dances warmed up the crowd, local band Indian Nickel took the stage with their Spanish rock and had the crowd on their feet dancing for the remainder of the night. Indian Nickel members originate from all corners of the San Luis Valley and have been playing music together for 49 years.

Band member Jeffrey Jacquez said, “This was the first time we had performed for two and half hours straight with no break! Our love of music keeps us going and the crowd was great.”

Leroy Casias said, “We had a lot of fun and really appreciate all of our fans and want to thank them all for showing up! We will be recording a 50th anniversary album this coming year so keep an eye out for that.”

Indian Nickel will perform in Alamosa again this summer at Summerfest on the Rio and the Sundays at Six, as well as at Pioneer Days in Manassa, Glory Days in La Jara, Labor Day in Antonito and for the street dance in Center.

Julie Chacon, financial officer for SdCNHA, announced to the crowd that on September 22 of the heritage area will bring Henry Cejudo, U.S. Olympic gold medalist and UFC fighter and Frankie Sanchez to visit the heritage area for a community event. Follow SdCNHA on Facebook for more details on this and future heritage area events.

A successful block party takes collaboration and many locals worked together to make this a success including the City of Alamosa, The Sangre de Cristo National Heritage Area and the San Luis Valley Brewing Company.

“The spirit of Cinco de Mayo celebrates community, diversity and independence. It was a joy to watch that happen in downtown Alamosa on May 5. Thank you to the City of Alamosa and the Sangre de Cristo National Heritage Area for your partnership, and ‘Muchas Gracias-Many Thanks!’ to our wonderful community for the outpouring of support for the event,” said Angie and Scott Graber, owners of San Luis Valley Brewing Company.

Sigmond said, “It is so important that we recognize the historical and cultural events that we have here in our area.”

The event ended around 11 p.m. with an estimated 1,000 in attendance throughout the evening.

More than 320 people were served fajitas and tortilla soup and more than 500 enjoyed beer, margaritas and sangria in the outdoor food and beer garden.

The next community block party will be held Friday, June 15, at San Juan and Main, the night before the Rails and Ales train departs from the Rio Grande Scenic Railroad in Alamosa.

To learn more about history, heritage and culture of the San Luis Valley please visit www.sdcnha.org. 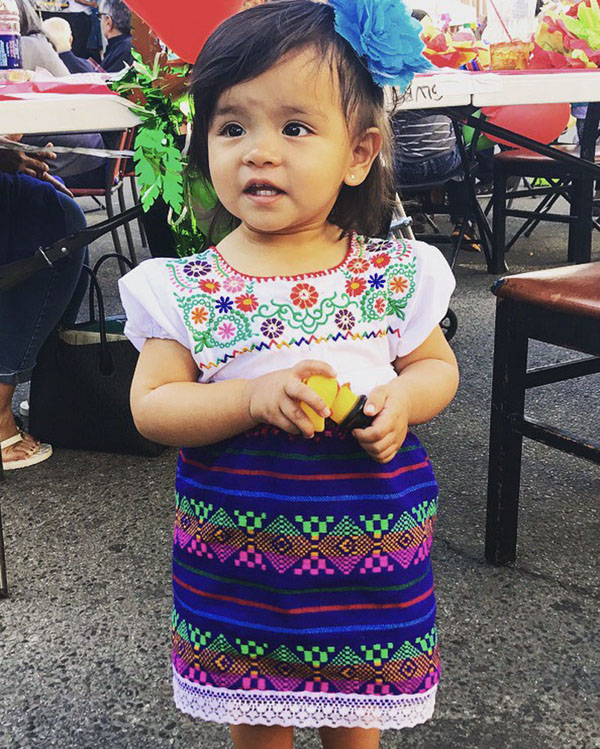 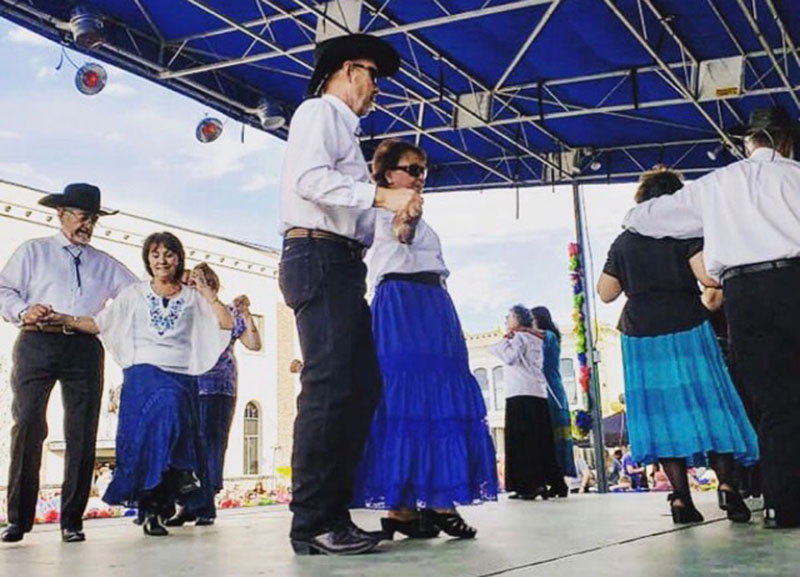