Coleman was the keynote speaker for the event, which honors Valley men and women who serve in law enforcement. The event particularly recognizes those who over the years have made the ultimate sacrifice in the line of duty.

Alamosa Police Chief Duane Oakes reminded those attending the event that 900,000 officers put their lives on the line every day. 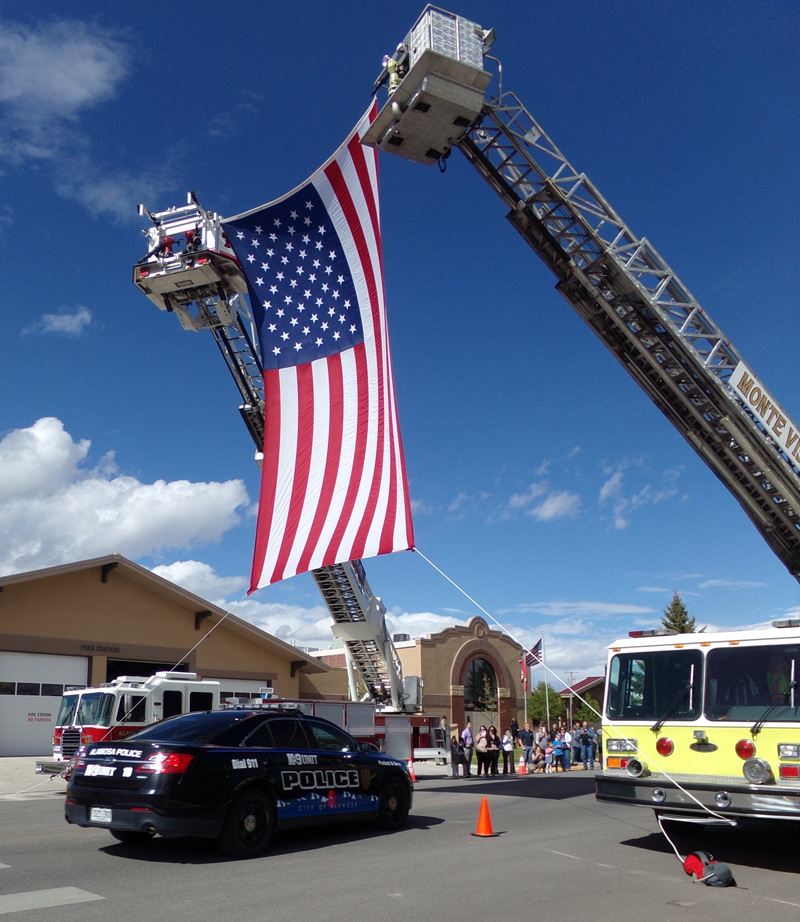 An Alamosa police car moves in a procession under the U.S. flag at the beginning of the 10th Annual San Luis Valley Peace Officer Memorial on Wednesday in front of the Alamosa Police Department.

“They protect you at a price,” he said.

Oakes pointed out that 60,000 assaults on law enforcement officers occur each year, many of those resulting in injuries to the officers. Every year an average of 150 officers — an average of one every 58 hours — are killed in the line of duty, Oakes added. So far this year, 50 officers have been killed with the most recent occurring just the day before, Tuesday, May 16, in Montana where Deputy Sheriff Mason Moore, 42, was shot and killed while making a traffic stop. 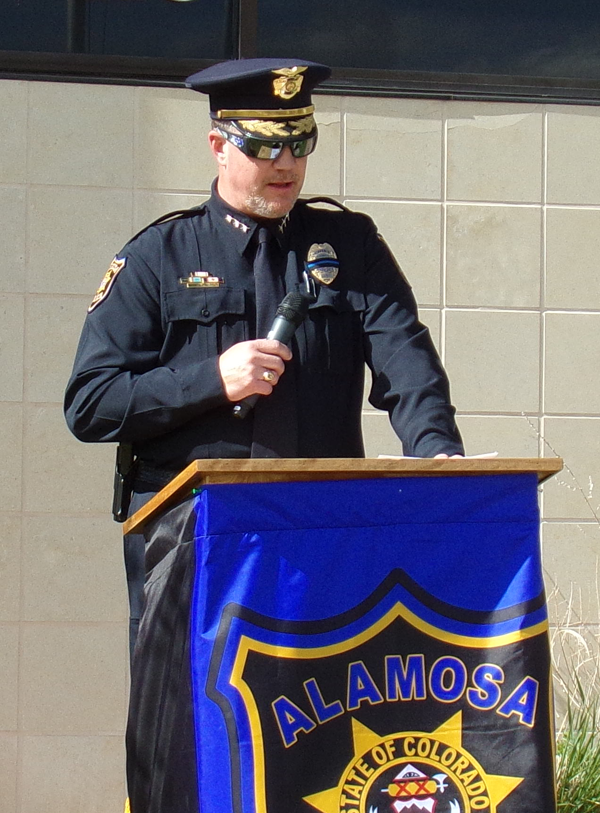 In addition, 10 canine officers have been killed in the line of duty this year, Oakes said. 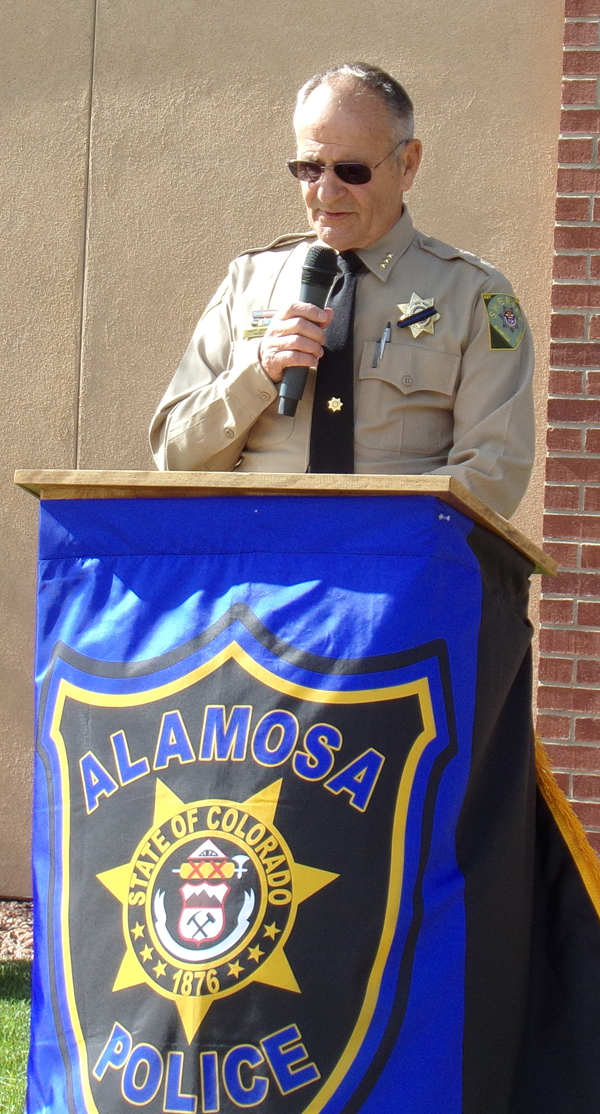 Sheriff Jackson also paid tribute to Deputy Dusty Claunch who died on Aug. 19, 2016, and Deputy Gerald Langston who died on Mach 18 of this year for causes unrelated to their law enforcement service.

Colorado State Patrol Master Sergeant Larry Oletski gave an invocation and spoke about putting on a different kind of protection gear, the armor of God: the belt of truth; breastplate of righteousness; shield of faith; helmet of salvation; and sword of the spirit. 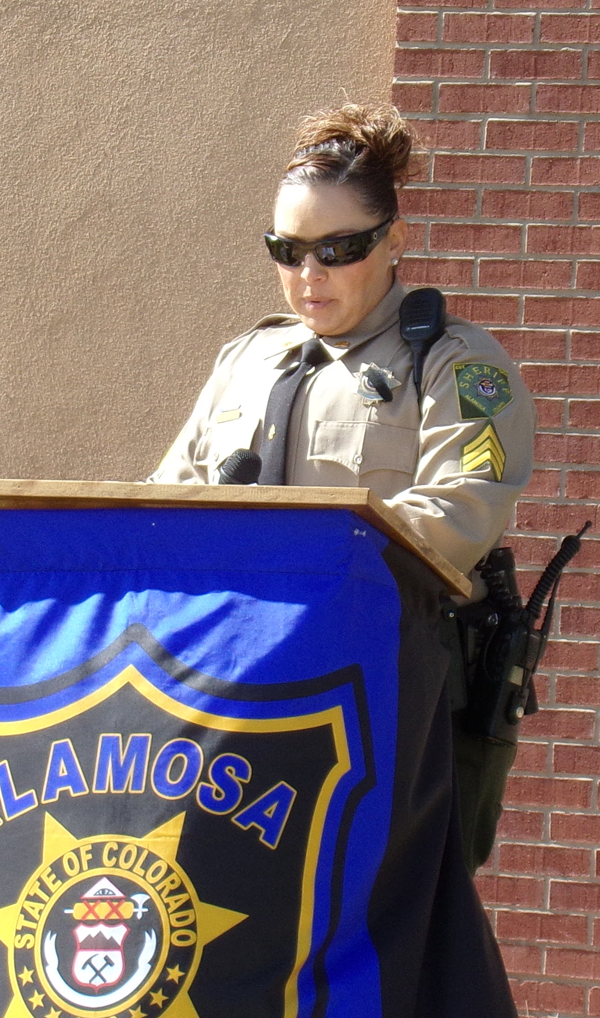 Alamosa County Sheriff Sergeant Yvonne Gonzales shared a poem, “Heroes in Blue” that paid tribute to those who “gave their lives doing a job they believed in” and for those “brave men and women still out there, their brothers and sisters in blue.”

Coleman also paid tribute to those “who made the ultimate sacrifice” and those currently serving “on the front lines in the battle against crime.”

He said, “Every day our law enforcement officers put their lives on the line to serve and protect our communities. There are many days that they do their job and they do not even get a simple ‘thank you’.”
Coleman recognized the range of emotions law enforcement officers feel and the stress they endure, sometimes to the point of affecting them physically. 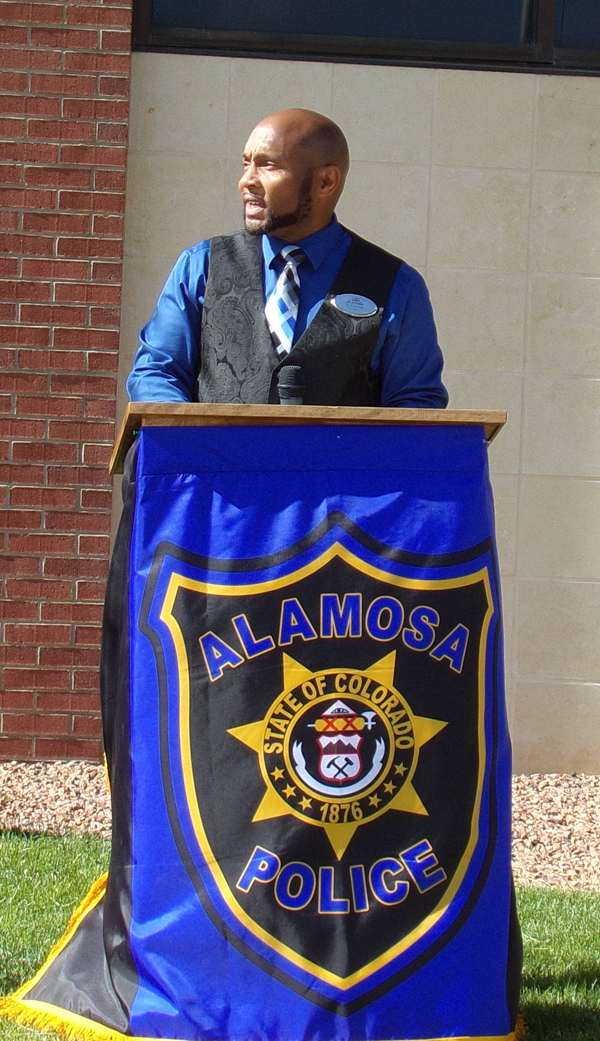 “That is why it is important for us as a community to do whatever we can to encourage and support our law enforcement officers,” he said.

Coleman said law enforcement officers take pride in their jobs and serve with honor and integrity.
He said his mother was a law enforcement officer in Houston, Texas, when he was growing up, and he recalled her telling her children not to play with her gun, because it could harm someone, and not to play with her badge because it represented who she was and what she stood for — honor, integrity, decency and respect.

Shayna Kindschuh told Coleman she believed her husband made a difference in the community with his canine partner. She said he was passionate about youth and getting them off drugs.

“He truly loves what he does, and I don’t think he could ever do anything else,” she told Coleman who related her words to the peace officer memorial crowd on Wednesday.

Coleman said law enforcement officers might have to put their lives on the line to protect someone from harm or confront drug dealers in attempts to get drugs off the streets. He added that they might be the only source of comfort and security for victims of child abuse and domestic violence.

Coleman said it is important for community members to tell these officers how much they are appreciated.
“Tell them thank you.” 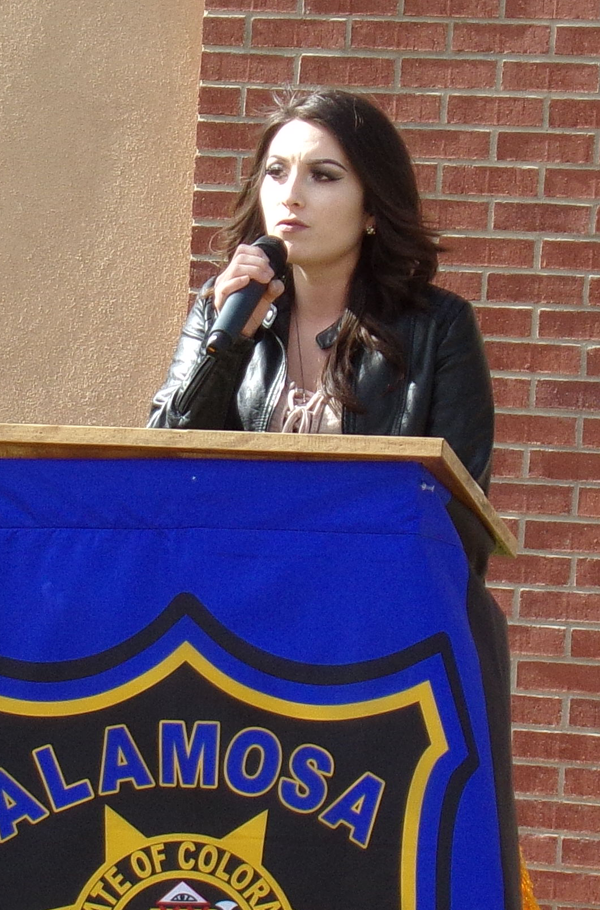 Rounding out the Wednesday evening ceremonies were performances of the National Anthem and Amazing Grace by Victoria Medina, TAPS played by Tyler Maestas and the Twenty One Gun Salute by the unified honor guard. A potato dinner was then offered across the street from the Alamosa Police Department at the Elks Lodge, with donations accepted for the Shop with a Cop program. 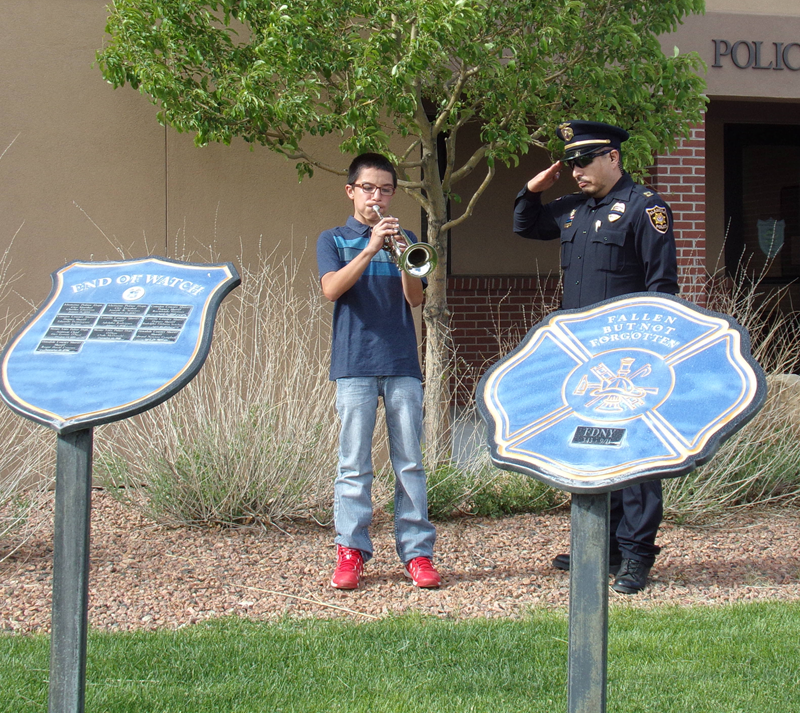