Reenacting the pie-eating contests of old, Ralph Brooks III, of Jefferson, Georgia (in the hat), beat out the other 10 or so contestants to win the Creede 125th anniversary pie eating contest Saturday. No other IDs were available because their mouths were full. 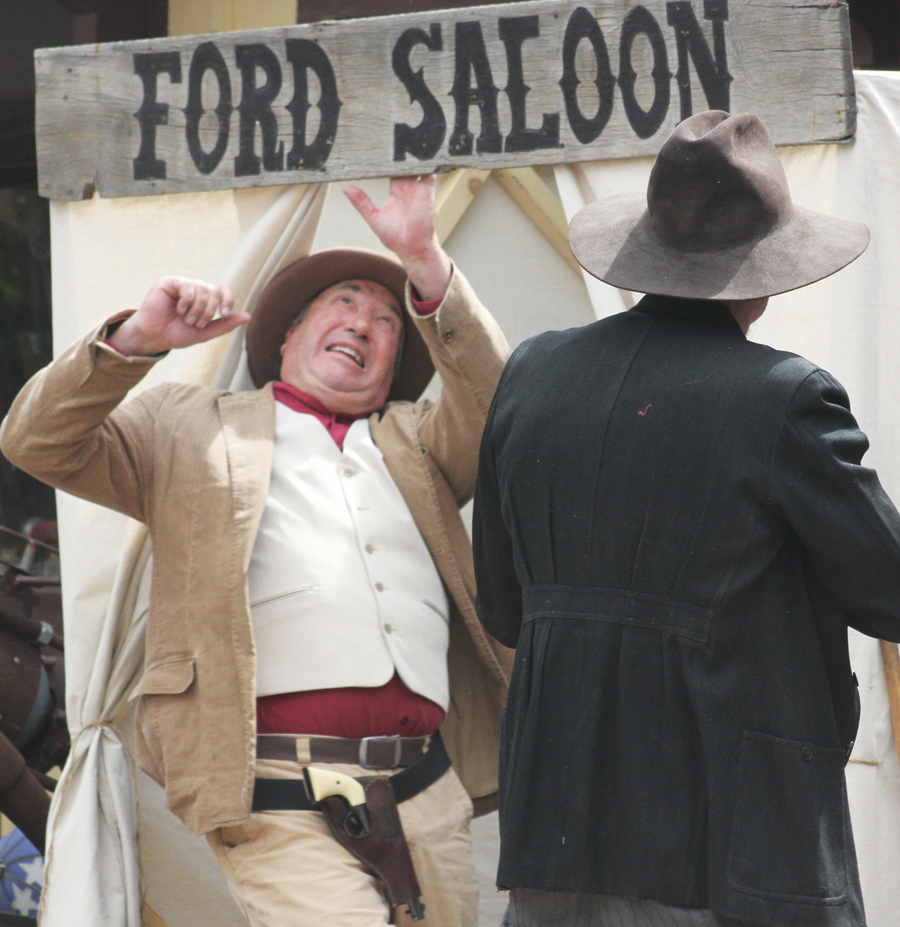 Not brothers in history, but Creede brothers Scott (left) and Steve Lamb had two of the starring roles in the reenactment of the shooting of Bob Ford during the town’s 125th anniversary celebration Saturday. Scott portrayed the legendary Bob Ford who famously assassinated Jesse James 10 years earlier, and eventually was gun downed in Creede by Ed O’Kelly, portrayed by Steve. Also starring in the reenactment were “prostitutes” Lily Lovell (Joanna Schlough) and Mary Kate McTeigue. The play was narrated by David Clark. 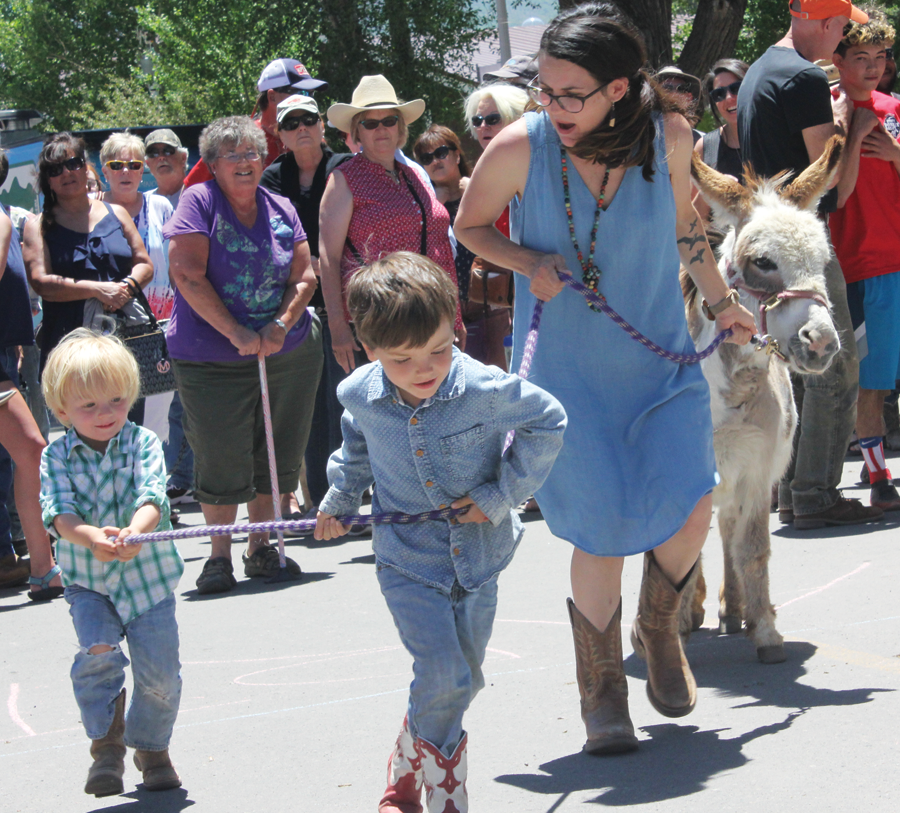 More than 40 person-donkey teams competed in the 10-mile race commemorating Creede’s 125th anniversary on Saturday but a dozen or more teams competed in the “baby burro” race that followed. Among those competing were Creede newcomers Leslie and sons Juni, 5, and Elijah, 2, originally from Mississippi.