Cyclists gear up and rest up during stop in Alamosa

Above, Peter Martin from New Castle shaves outside at a mobile bathroom at the 23rd annual Bicycle Tour of Colorado rest stop at the Nielsen Library parking lot Monday afternoon. For this leg Martin went 60 miles from Antonito to Alamosa to CO 150 and back to Alamosa. This is his second time riding the tour, where the majority of riders camp in tents between legs. 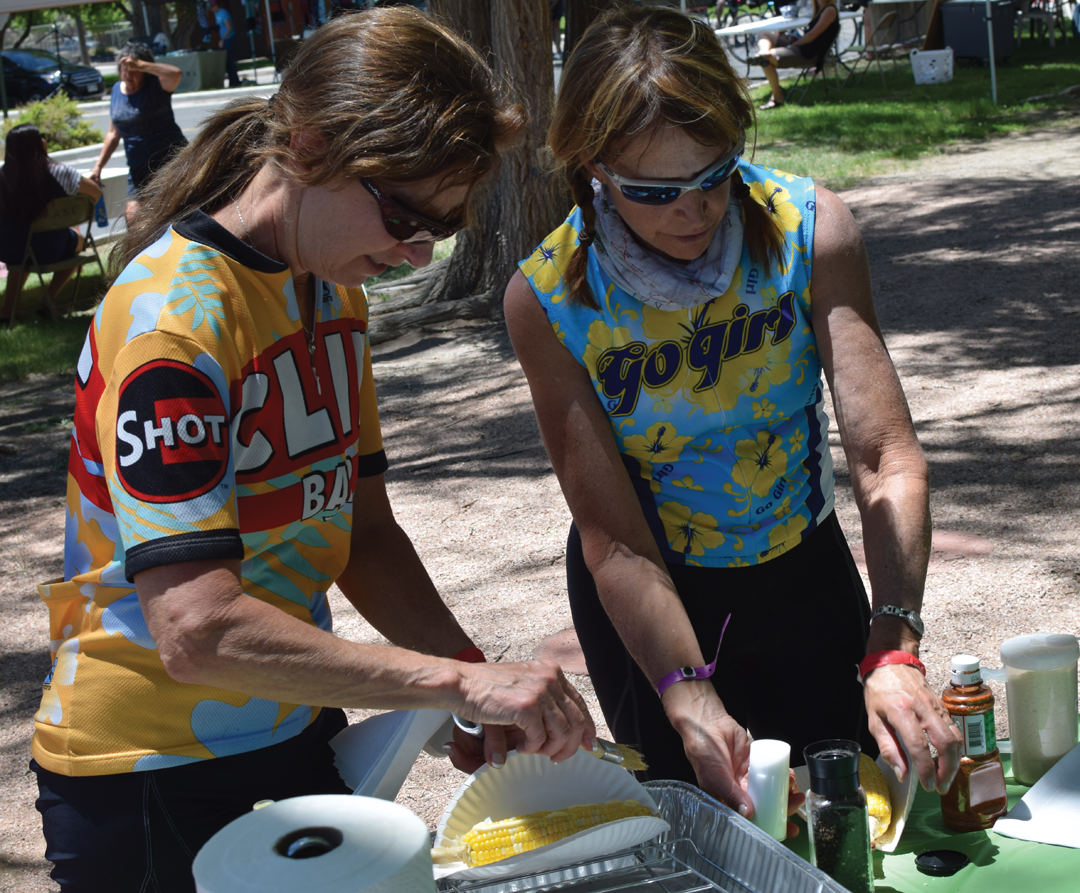 Loree Eliot and Therese Collwell, both from South Lake Tahoe, California, season freshly roasted corn made by Adam State University's Cultural Awareness and Student Achievement club in a horno at the Nielsen Library parking lot Monday afternoon. A mutual friend convinced them to come to Colorado for the bike tour and the pair rode 29 miles from Antonito straight to Alamosa. Other food vendors included San Luis Valley Pizza Company, Locavores and Worth the Drive Family Bakery. 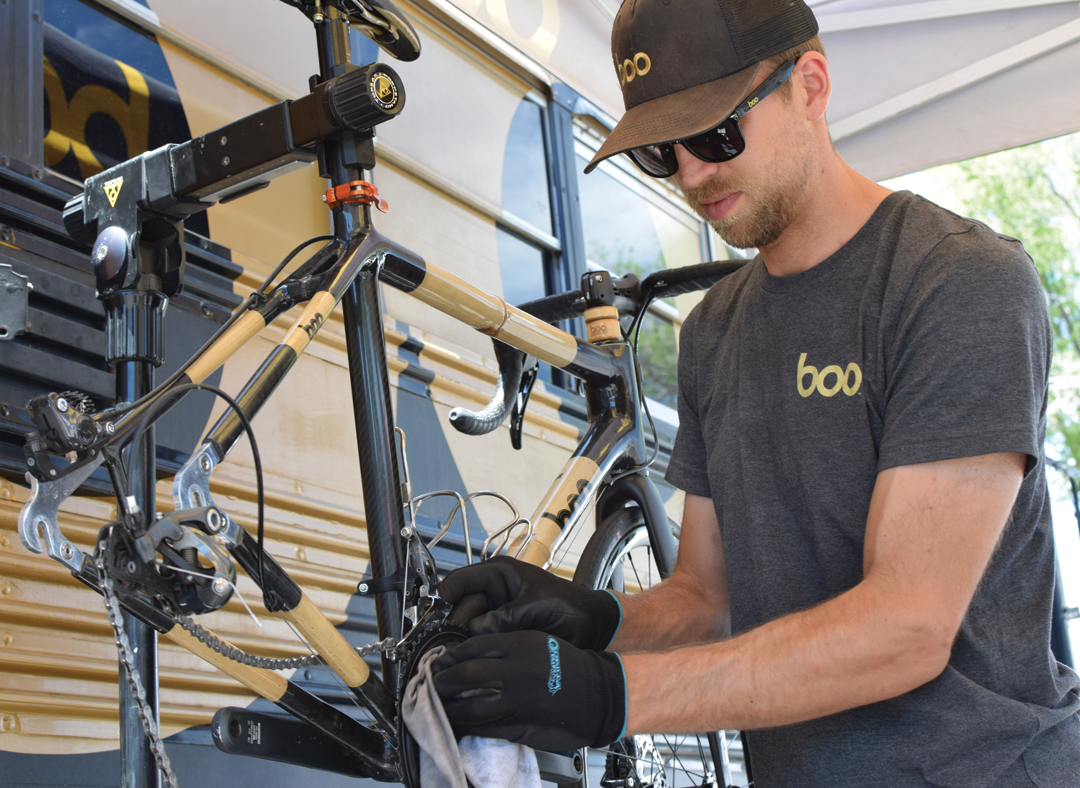 Drew Haugen of Boo Bicycles cleans a bike at the Nielsen Library parking lot Monday afternoon so that a rider can demo it during a leg of the tour. The eight-year-old Fort Collins-based company, which is a new sponsor this year, makes bamboo bike frames that are reportedly stiff as carbon fiber but more vibration absorbent. Today the cyclists ride 82 miles over Poncha Pass to Salida, with a few swapping bikes at the rest stop.