Ryan Gilleland in the No. 76 car was the winner of the stock cars division as he outlasted Isaiah Wellman in the No. 28 car. He was also named most aggressive in the heat. 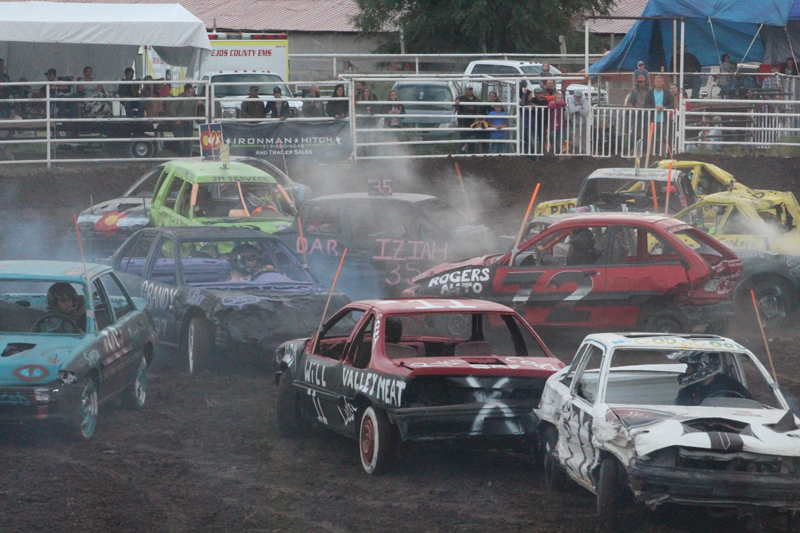 The minis division was chaotic for drivers and timers alike as 19 cars were entered into the division and the buzzing that sounds like hundreds of bumble bees filled the Manassa Fairgrounds. 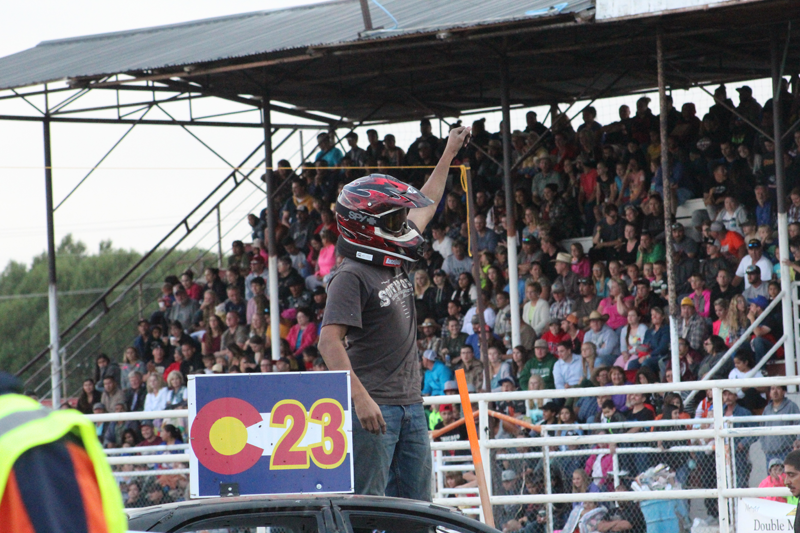 Chris Adock proudly holds his hand in triumph on Saturday night after he won his first demolition derby contest with the packed fairgrounds in the background. 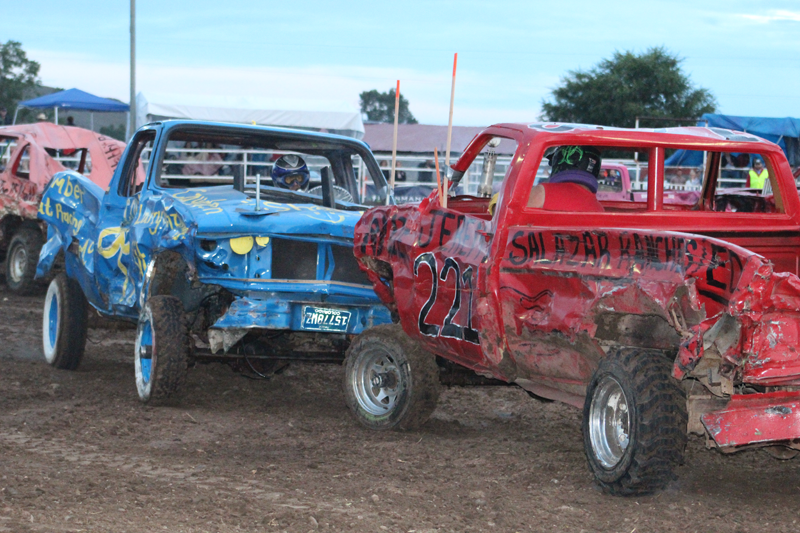 Truck No. 221, Jeremy Quintana, and No. 99, Cory Langford, were the two final competitors in the trucks division. The two of them were hard hitting throughout the contest; however, Langford won the division with a good final hit.