For the third year running, the Dull Blades won Level 1 of the Creede Pond Hockey tournament this weekend. Based in Littleton, with help from Albuquerque, Minnesota and Michigan, the “Blades” topped the field of 19 teams that saw 10-year veterans, the Wapiti Warriors from Monte Vista and Castle Rock, win Level 2. Action was fast and furious both Saturday and Sunday on the flume ponds across from the Creede Community Center and Mining Museum. The tournament is sponsored by Tommy Knocker Tavern. 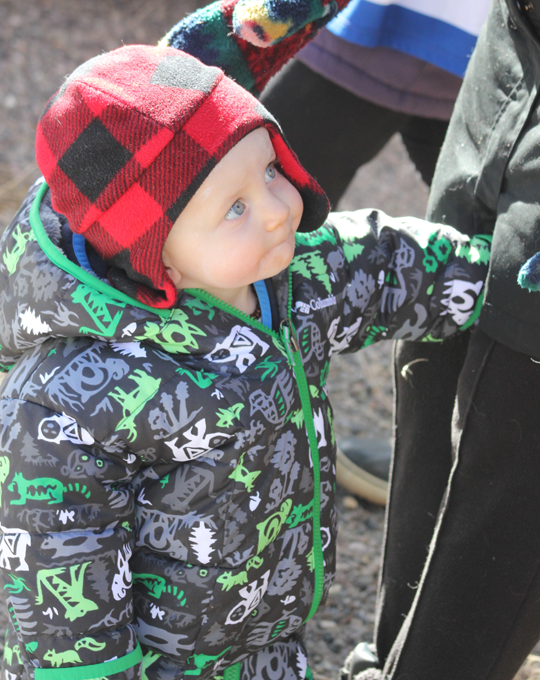 Even though the weather was extremely mild, 16-month-old Cail Nelson of Durango was ready for anything weather wise at Creede’s annual Pond Hockey tournament. He is the son of Creede native Coleman and Sarah Nelson.