Centauri will welcome Strasburg to La Jara for championship game.

LA JARA — The Centauri Falcons have been a juggernaut all season taking down all comers earning an 11-0 record in the process. The Falcons got number twelve against Limon in a 20-12 game to earn a state championship berth.

Centauri got things going quickly after deferring the first possession to the Badgers. The Falcons forced a punt, which Brandon Buhr returned 37 yards to the Limon 33 yard line. Nate Anderson and the offense got to work covering those 33 yards in three plays to put Centauri ahead by 7 with only 3 minutes elapsed.

The two teams would trade punts until Centauri found a rhythm late in the first. Badger QB/FS Cannan Bennett got the worst of an exchange with Centauri’s Taj Cornum and was visually hobbled. Bennett was banged up all afternoon taking 4 sacks and later taking damage to his throwing hand. 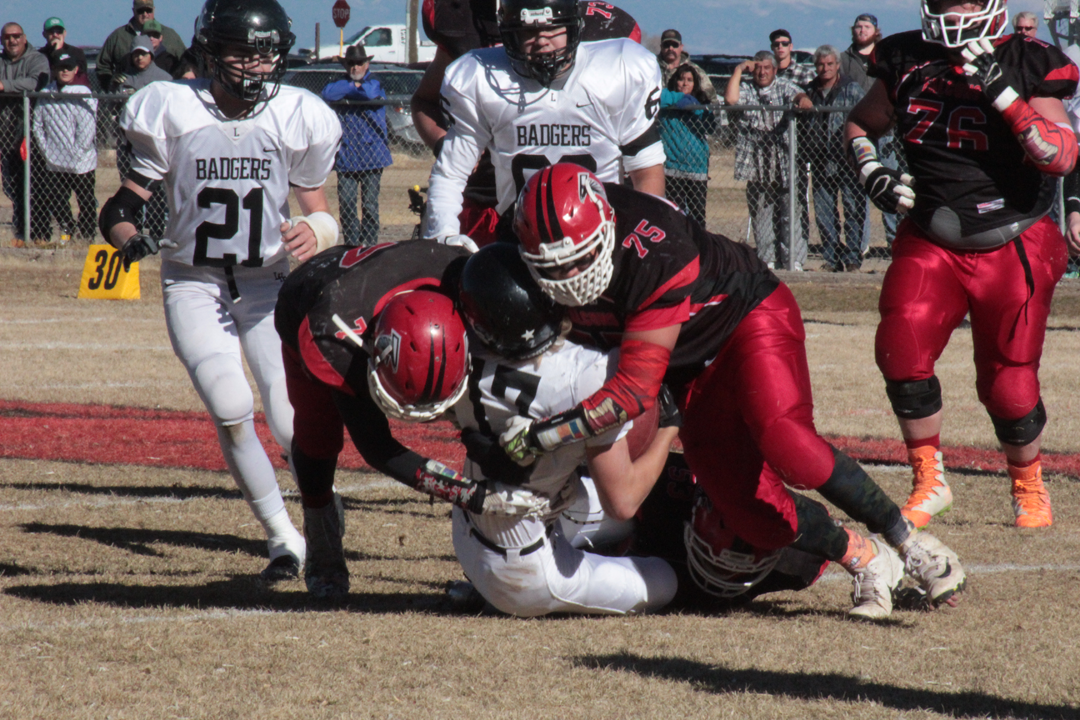 The next Falcons scoring drive spanned quarters and went 69 yards and 12 plays capped by an 8-yard connection from Nate Anderson to Brandon Buhr. A missed extra point gave the Falcons a 13-0 advantage.

Limon was down but not out. Late in the half the Badgers marched down the field and got one of their own. A bobbled snap on the extra point kept Limon at 6, the teams went into the locker rooms with Centauri leading 13-6.
The second half Limon attempted to build on their late score in the first half with an onside kick, they recovered but squandered the extra possession and Centauri took over on their own 40.

The Falcons would move forward to the Badger 47 yard line where Nate Anderson found Tristen Crowther on a crossing route, Crowther stiff armed a defender and took it the distance for another Centauri touchdown. Late in the 3rd stanza Centauri’s Nate Anderson was slow to get up and was favoring his braced knee and would miss the remainder of the drive. Brandon Buhr took over the quarterback duties. 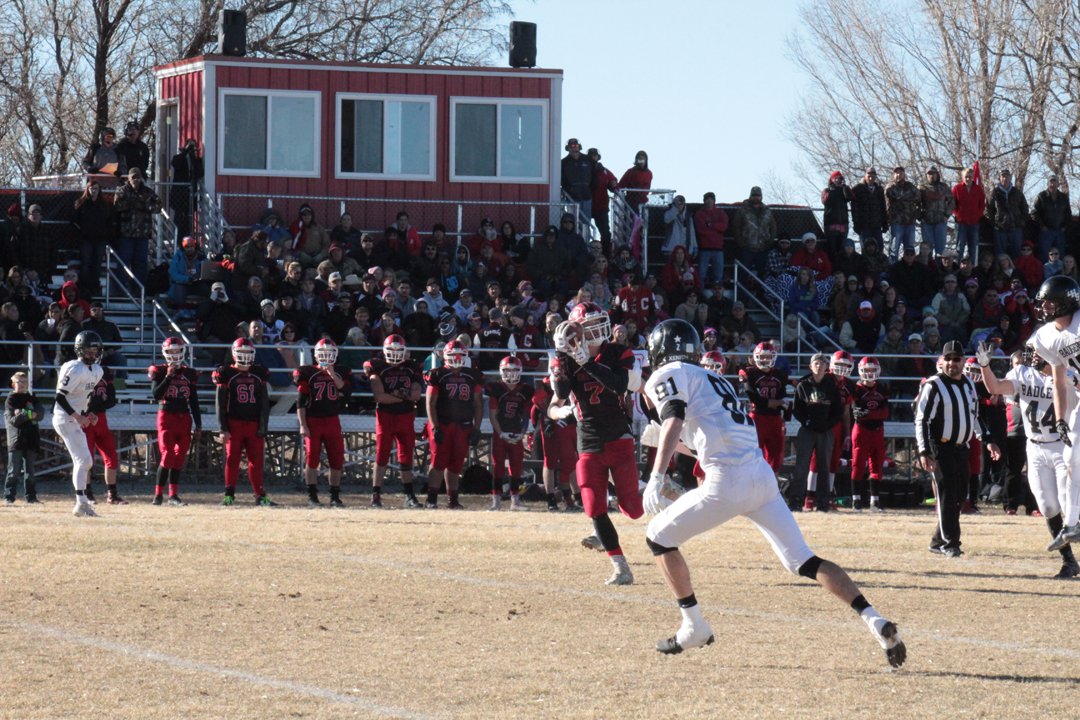 Tristen Crowther snags a pass for a 47 yard touchdown that wound up being the difference maker during Centauri's Semifinal victory. (Courier photos by Stephen Jiron)

Later that drive Limon would take over after a fumble and drove 24 yards in the wrong direction courtesy of a sack and two intentional grounding calls. They would get another opportunity after recovering their second fumble of the game. This time, Limon took advantage and closed the gap with a Hauk Hubbard touchdown from 8 yards out, the extra point getting partially blocked for a 20-12 score with two and a half minutes to go.

An 8 -point game with two minutes to play, Centauri needed a first down, Limon was looking for a stop. For two plays the Limon defense stood tall to force a 3rd and nine. The dam broke as an end around went for 11 yards and a Centauri first down. Allowing the Falcons to kneel the clock out for their twelfth straight win.

In the other half of 1A Semifinal play, Strasburg out ran Bennett to a 41-34 victory. Meaning not only are the Falcons one win away from doing what Centauri High School has never accomplished, winning a state title in football, but as the higher seed they will have the opportunity to do it on their home field. Join Centauri as they strive to make history against the reigning state champions next Saturday Nov. 25.