Tristin Crowther fires from the mound for Centauri during game two of Tuesday's double-header.

LA JARA — Even if the weather has yet to cooperate the baseball season is now underway. Centauri and Sargent opened their seasons against one another with a double-header.

Last year the Sargent Farmers went a respectable 7-1 in their district and .500 overall. The Farmers would go one to become district champions with wins over Center and Sanford on the same day. At Hobbs Field in Pueblo Sargent’s season came to an end at the hands of Paonia in the first round of the 2A state tournament.
Last year the Falcons had something of an up and down season finishing 9-11. Centauri would get eliminated at the regional level by Lamar.

Just like last year the Falcons and Farmers face each other in a double-header season-opener. And just like last year each team took one game. Centauri took the first game with a walk-off RBI for a 9-8 win. Sargent took the second game 9-6 after four innings.

The Farmers had a strong start in the first game of this year’s double-header registering a run in the first inning and racking up four more to leave the fourth inning with a 5-1 advantage.  Centauri would rally with three unanswered runs in the fourth to cut the lead to just one. At the top of the sixth Sargent started hitting and picked up three more runs to make it an 8-4 game with one more inning to be played. 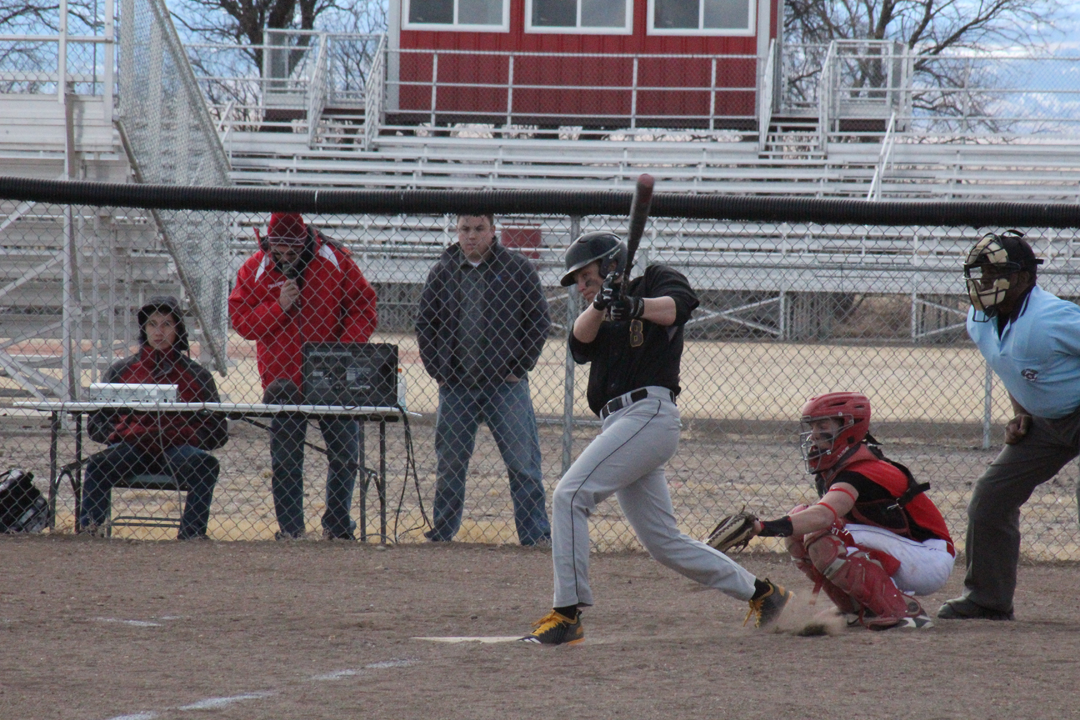 Jacob Deacon of Sargent takes a chop at one of Zach Martin's pitches during game one between Sargent and Centauri. (Courier photos by Stephen Jiron)

After keeping the Farmers silent at the top of the seventh Centauri struck, rattling off 3 straight runs. Tristan Crowther batted Martin Garcia in with a double to make it 8 all. Zach Martin would double as well to send Crowder home and give the Falcons a win. Crowther led the Falcons with three runs while Brandon Buhr collected three RBIs. For Sargent the RBI leader was Christian Schaller with four.

After a short cool down session for snacks and rehydration it was back to the diamond. Sargent got going immediately opening a 4-0 first inning thanks to a homerun from Jacob Deacon that dropped down on the highway. Centauri made things interesting in the second with a six run inning to make it a 7-6 at the top of the third.  Sargent would account for the final two runs before the sun went down and the game wrapped at 9-6 as temperatures in La Jara chilled.

Sargent will take on Dove Creek in the Ignacio baseball tournament Mar. 16 at 4 p.m. Centauri will welcome Center to La Jara for another double header the also on the 16th with an 11 a.m. start time for the first game and a 1 p.m. start for the second game.