Getting in the spirit of homecoming 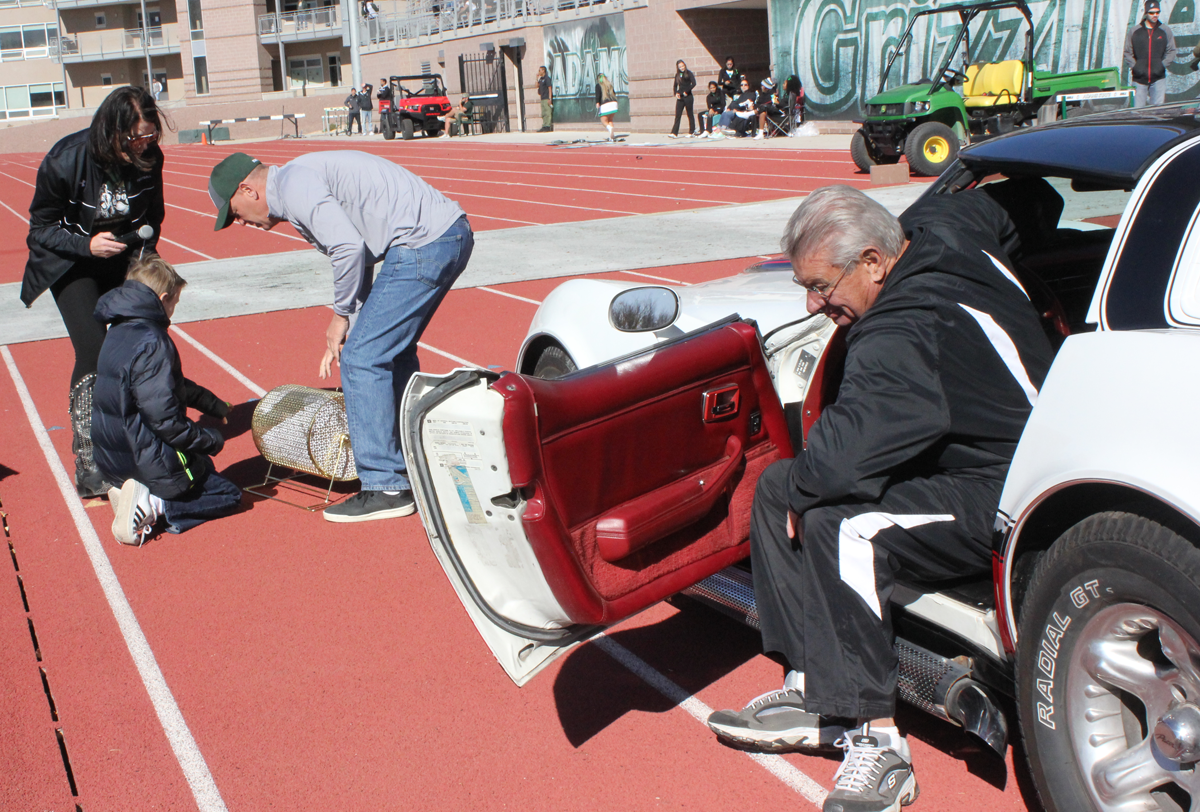 Nearly five months of fundraising with a raffle sponsored by the Adams State University Grizzly Club culminated Saturday during halftime of the homecoming football game on Rex Field when Susan Oringdulph of Alamosa was drawn as winner of the 1982 Chevrolet Corvette. Ted Morrison, who with wife Janet ‘Skip’ headed up the raffle campaign to support ASU athletic scholarships, is shown exiting the car at right. An estimated $25,000 was raised with the raffle. Under the watchful eye of ASU President Beverlee McClure, left, and athletic director Larry Mortensen, Kevin Rahn of Highlands Ranch pulls the winning ticket. Kevin’s dad Darren is a nationally renowned saxophone player and is a graduate of Alamosa High School and ASU. He led a jazz band that performed for the alumni Friday night and played at halftime of the football game.