Both women had served for many years with Church Women United, a national ecumenical women’s group, as well as in other capacities in the community.

Edna Martinez, who said she has been 39 “for a long time,” was born in Fort Garland to Antonia and Elias Martinez and attended school in Fort Garland before moving to Alamosa where she worked in downtown businesses such as The Walsh, Woolworth and Ace Hardware.

In the 1960’s, a friend persuaded Edna to attend a Church Women United (CWU) gathering, which she had not been able to attend because of her work schedule, and she was hooked. She then rearranged her lunch hour so she could attend the CWU gatherings, which include May Friendship Day and World Community Day. She served as treasurer for the group since 1989, unsuccessfully trying to hand the job off to others, until just this year.

“Edna is and was a wonderful, committed woman to CWU and other organizations in which she is so faithful, compassionate and giving of her time,” Tita continued. She said that Edna said her herself, “It was all from my heart.”

Tita concluded that the words of Matthew 25:23 could be said of Edna, “Well done, good and faithful servant.”

Likewise for Marianne Dunne who was given the Valiant Woman Award posthumously. Shirley Atencio said this award is most appropriate for Marianne who lived her life in such a valiant manner as she served in various roles in church and community leadership.

“She was courageous, intelligent, compassionate and straightforward,” Shirley said. “She could be counted on to use her voice when others had none.”

Marianne served as a Catholic missionary in South America, an experience that shaped her heart in service. She met and married Noel Dunne, and they adopted a child and were devoted to her and later to their grandchildren.

Marianne served in parish work in Denver and Alamosa where she led out in Church Women United for more than 20 years. During that time she forged strong relationships with men and women from various church denominations and exhibited an ecumenical spirit.

Marianne’s service took a different direction in her retirement as she successfully ran for Alamosa County commissioner. In that role she continued to work for others, advocating for better jail conditions, for example, Shirley explained. She was also a strong advocate for the Guatemalan community.

“Marianne’s life was one of service and valor,” Shirley concluded.

Her award will be presented to her daughter and husband who are living in Pueblo.

“The Valiant Woman” poem was then shared, acknowledging the strength, patience and generosity of valiant women like Edna and Marianne — “the kingdom is within; her heart, treasure filled … who with arms outstretched gives her gifts and treasures to those both near and far.” 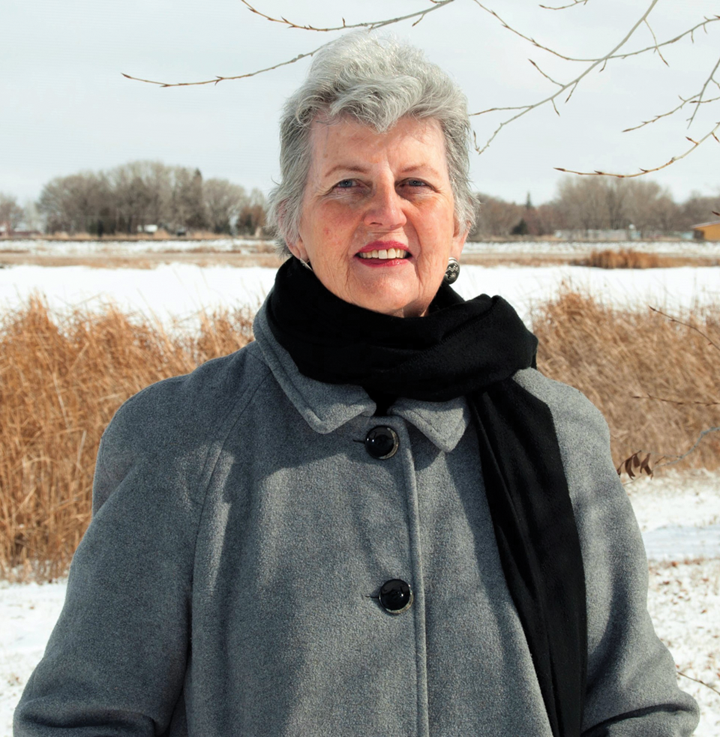