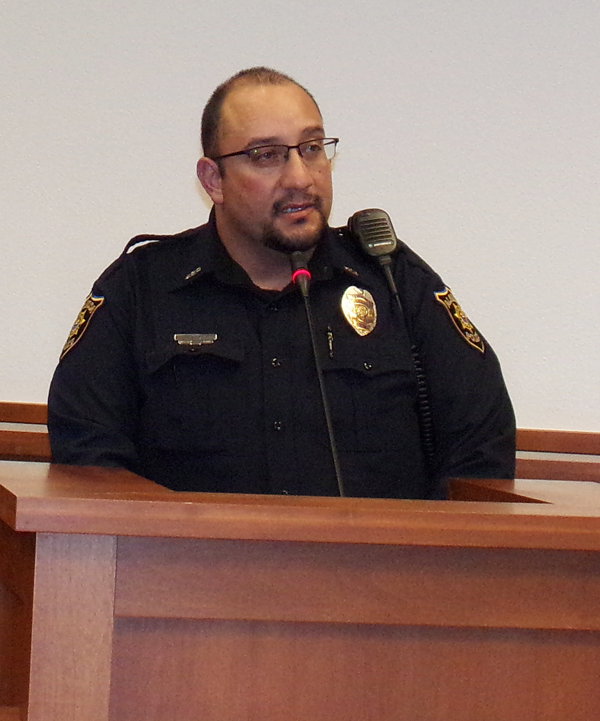 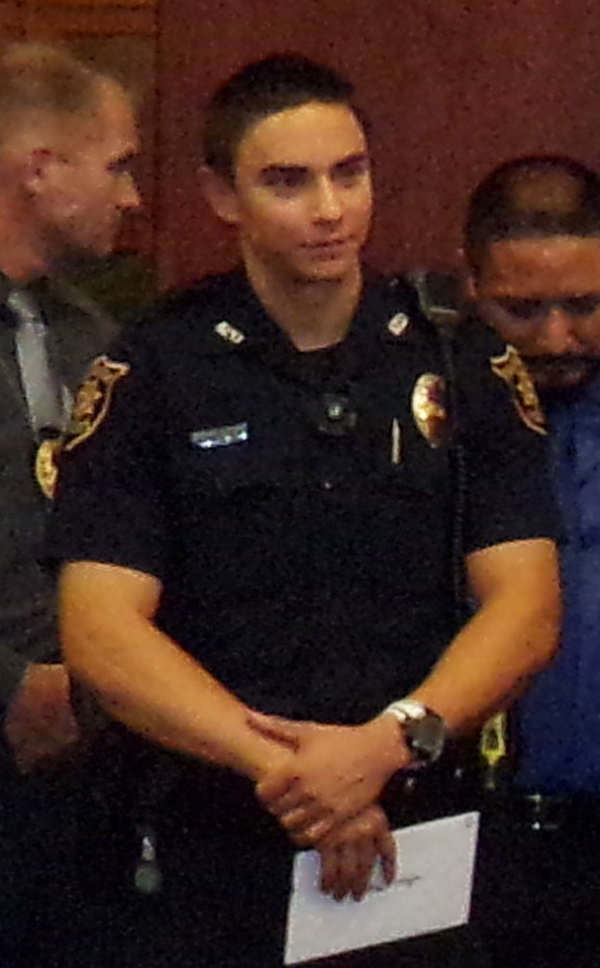 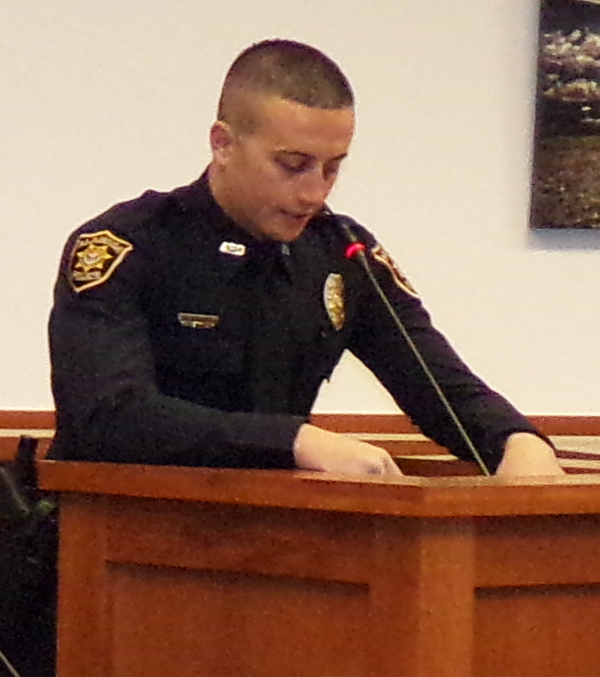 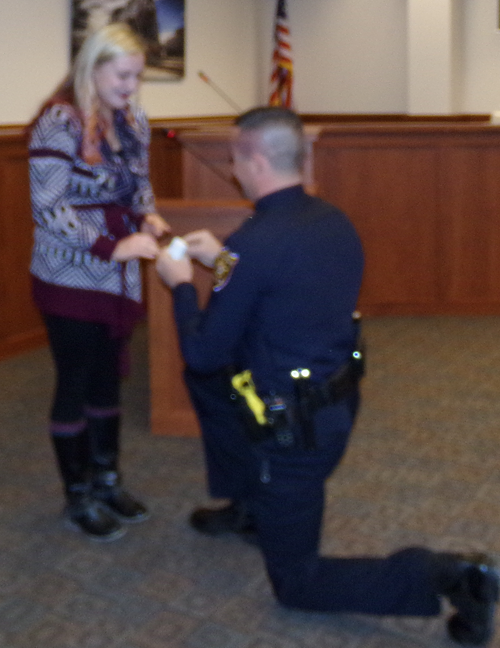 Alamosa Police Officer Brandon Bertsch proposes to long-time girlfriend Miranda during the Alamosa city council meeting Wednesday night. Officer Bertsch was one of four new Alamosa Police Department officers introduced during the council meeting, and he took the opportunity to publicly thank Miranda for all of her support and dedication through his years of working, going to school and training — and to spring a surprise proposal. “I am blessed to have her,” he said.