Memorial Day: A time to remember

ALAMOSA — “This day is sacred with the almost visible presence of those who have gone before us.”

These words opened Memorial Day ceremonies in Alamosa and brought the day into focus as one to remember those who have served, especially those who made the ultimate sacrifice in doing so.

“Let us renew a pledge of loyalty to our country and our flag,” said American Legion Commander for Dickey Springer Post 113 Aaron Holcomb.

Holcomb was joined by representatives of veteran organizations and auxiliaries and area residents in honoring servicemen and women on Monday in the Alamosa and Spanish Cemeteries. 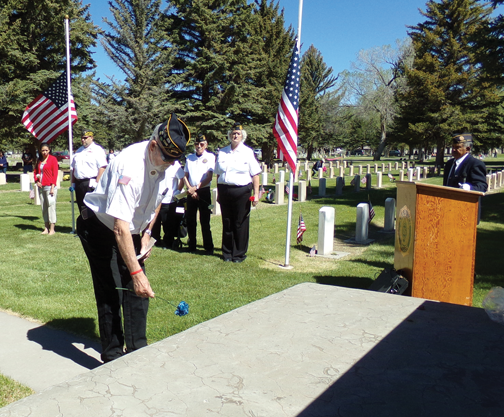 Representing the U.S. Navy Bob Kernen lays a flower for those “who sleep beneath the waves” at the American Legion Dickey Springer Post 113 memorial in the Alamosa Cemetery on Monday.

Participants emphasized duty and patriotism and encouraged those in attendance to display in their lives the same service and devotion as those who fell in service to this country. 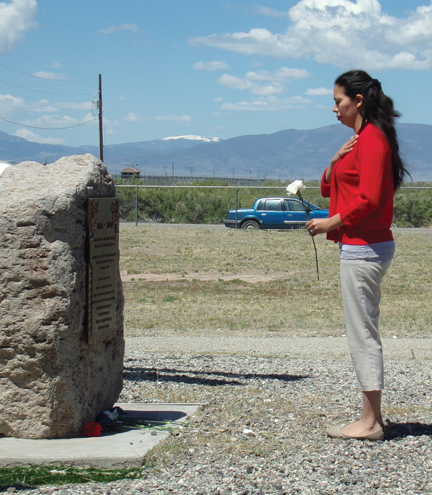 VFW Auxiliary President Nadia Martinez prepares to lay a flower in honor of those lost in service at the Spanish Cemetery on Memorial Day in Alamosa.

“Secure us forevermore the peace for which our comrades died,” Chaplain Boogie Romero prayed during the Monday services.

As participants laid flowers at each memorial site, they were reminded that while those flowers would fade, the spirit they represent “will endure until the end of time. 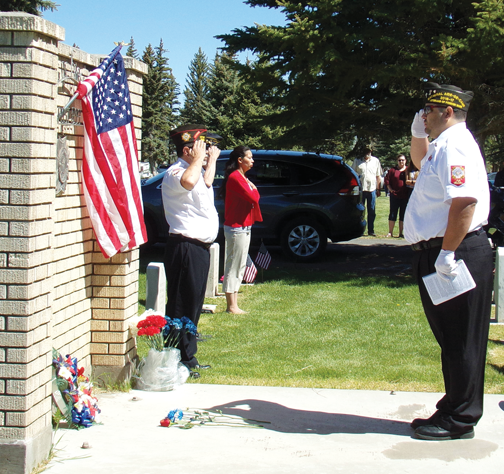 “Wherever the body of a comrade lies, there the ground is hallowed,” said VFW Mount Blanca Post 899 Commander William Flores. Their devotion “on land, in sea and in the air made us debtors.”

Because of their service, he added, “the flag of our nation still flies over a land of free people.” 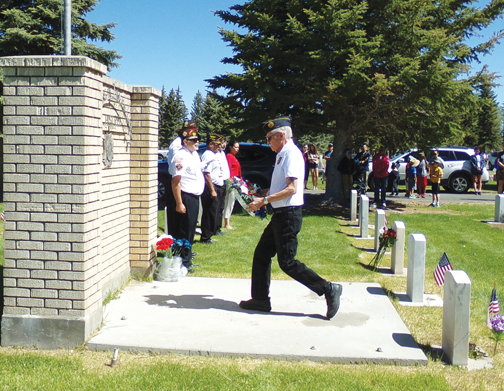 Ed Sandoval lays a wreath at the VFW memorial site in the Alamosa Cemetery on Memorial Day.

The Memorial Day services also raised a call to remember prisoners of war and missing in action whose fate was still unknown. 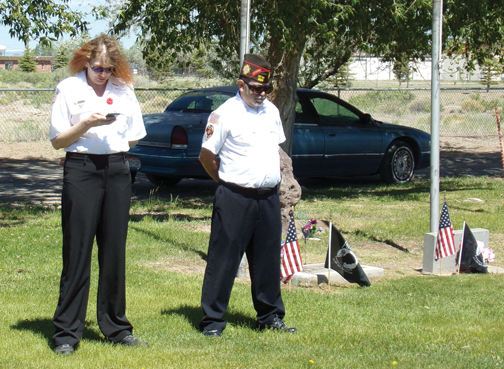 “Let them come home soon,” Chaplain Heidi Bishop concluded in a prayer at the POW/MIA plot in the Alamosa cemetery. 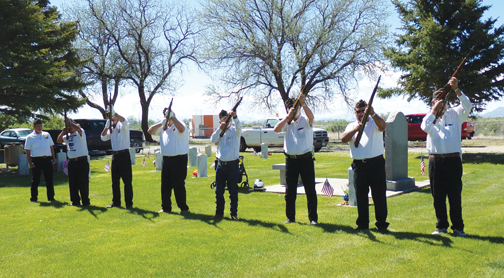 Veterans proudly participate in the 21-Gun Salute during Alamosa’s Memorial Day ceremonies in the Alamosa Cemetery. 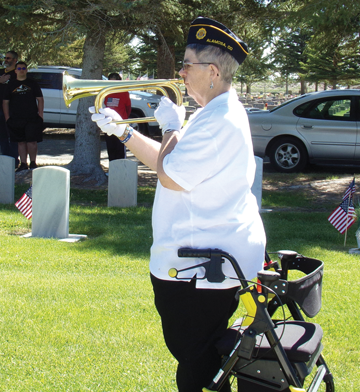 Donna Gates plays TAPS at the conclusion of ceremonies in the Alamosa Cemetery on Memorial Day.