RIO GRANDE COUNTY — A Washington couple was transported to the Rio Grande Hospital with serious injuries following a three-vehicle Memorial Day crash on Highway 160 between Del Norte and South Fork.

According to Colorado State Patrol Trooper Trevor L. Moden, who investigated the crash, Nivedan Basak, 30, of Texas was driving east on Colorado 160 in a 2017 Ford Expedition SUV, passing vehicles in the oncoming lane, about noon on Monday, May 29. His vehicle traveled onto the opposite shoulder, then off the left road edge for about 107 feet before coming back onto the roadway into the opposite lane rotating 90 degrees and colliding with a 2015 Nissan Altima driven by De-Ann Lotspeich, 47, of Lacey, Washington.

Lotspeich was headed west on Colorado 160 when Basak’s SUV came into her lane and hit the Nissan she was driving. After the collision her vehicle rotated counterclockwise colliding with the side of a 2007 Chevrolet Silverado pickup driven by Gabino V. Franco, 45, of Denver.  The Lotspeich vehicle overturned onto its roof.

Franco was traveling east on Colorado 160 at the time of the crash. His vehicle traveled off the right side of the road and rotated against a fence. Franco was not transported for medical care.

Lotspeich and her husband Todd, 50, who was a passenger in the vehicle, were transported to the Rio Grande Hospital with serious injuries. Both were wearing their seatbelts.

According to Trooper Moden’s report, Basak was also transported to the Rio Grande Hospital with serious injuries. Two passengers in his vehicle were also transported for medical care, Mubina Abdulhameed, 21, who suffered moderate injuries, and Abhra Basak, 7 months, whose injuries were listed as minor. Seatbelts or child seats were in use in the Basak vehicle.

Two passengers in Franco’s vehicle were not injured. Seatbelts were in use in that vehicle as well. 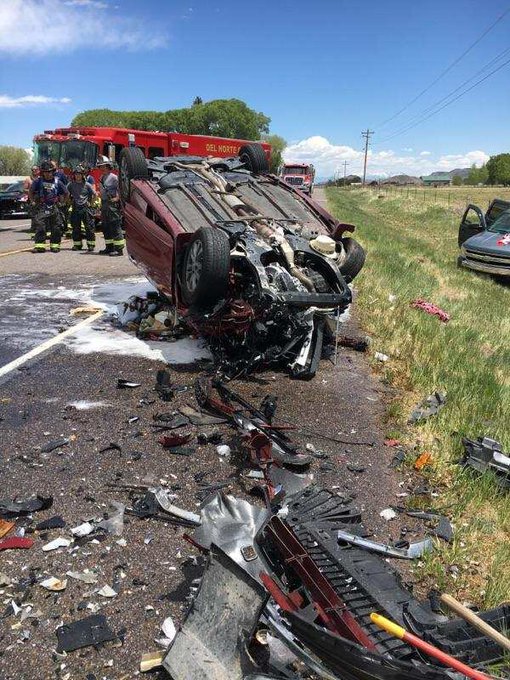