John Lujan stands strong in the pocket as he eyes his receivers down-field against Montezuma-Cortez. Lujan would score three touchdowns Friday night, 2 passing and a third rushing.

ALAMOSA— On a particularly chilly night the Mean Moose dispatched Montezuma-Cortez 38-0 to open league play 1-0. Alamosa scored early and often, the Mean Moose took the opening kick off and drove it down the field and struck first with a 17-yard connection from John Lujan to Kolton Hillis.

Their next drive spanned 51 yards in 11 plays with Brendon Madril punching it in from a yard out to make it a two score game. Montezuma-Cortez’s offense struggled to get vertical all night relying on a habitual bubble screen and an ineffective ground game to attempt to move the ball ending up with negative yards rushing. When the Panther's next drive fizzled out with 20 seconds in the half Alamosa flashed their quick strike capability. 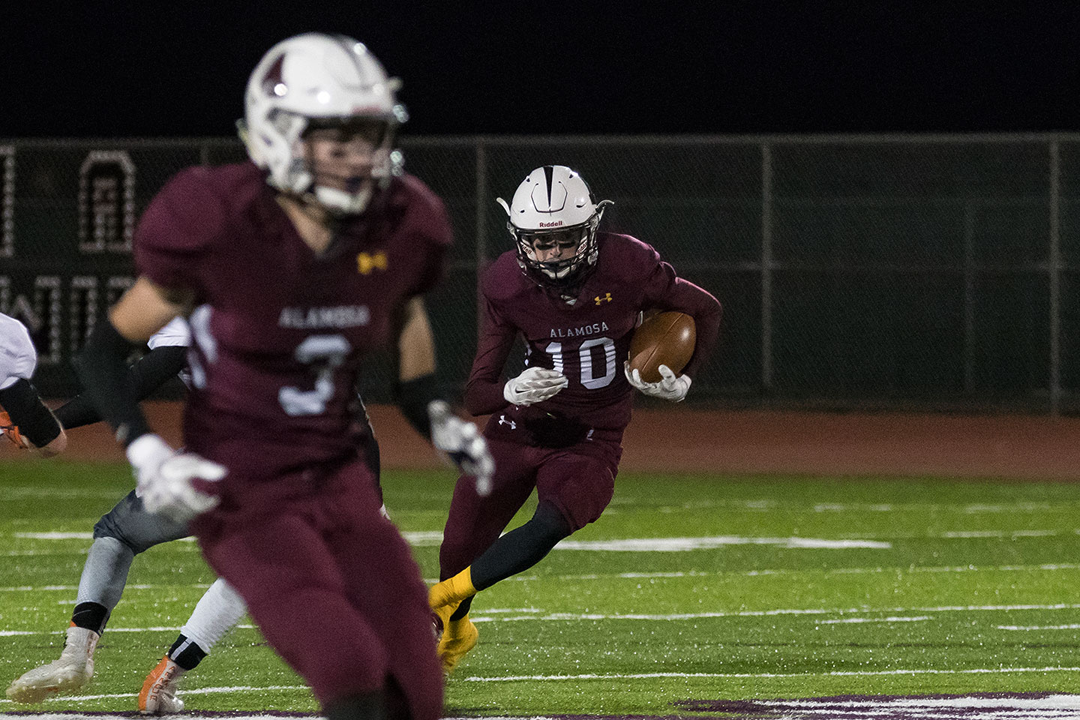 Chad Jackson (10) gets some yards after the catch while Ian Jackson (3) works up-field. Jackson caught a 19 yard touchdown from John Lujan in the Moose win. 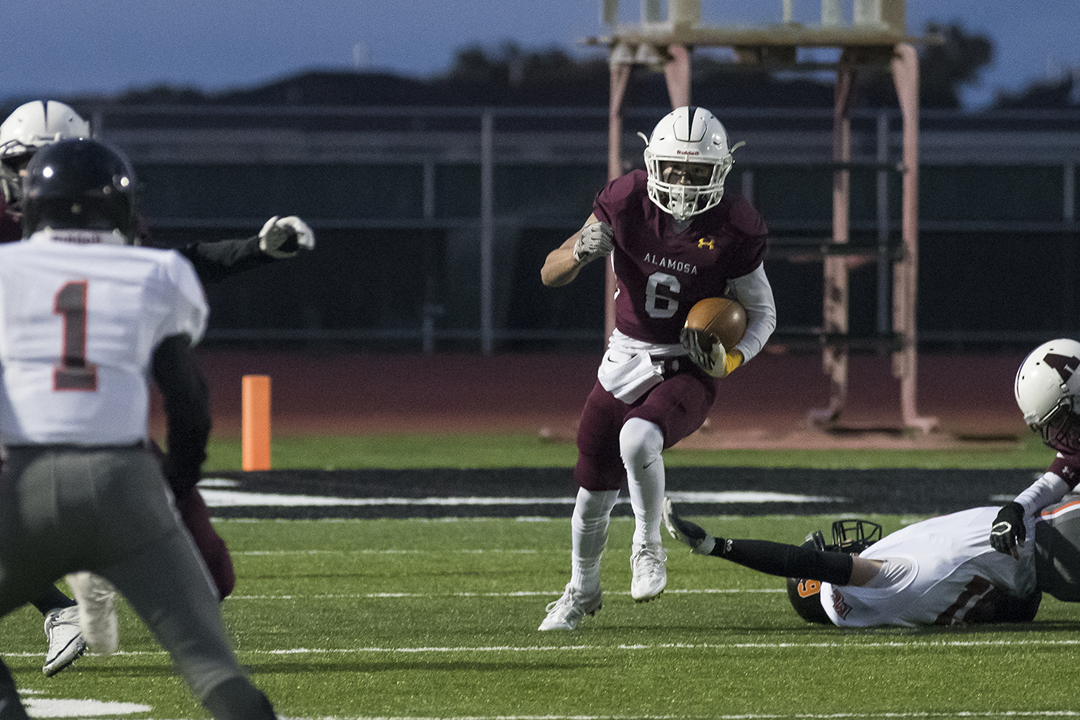 Reis Martinez finds a crease in the 38-0 victory over Montezuma-Cortez. Martinez added his sixth touchdown of the season and went over 500 rushing yards Friday night. (Photos courtesy Aaron Parrill)

From their own 37 Lujan found some room on a keeper and broke loose for a 44 yard gain to the 19 then the ensuing play Reis Martinez went the rest of the way to go up 35-0 effectively putting the game to bed.

While the previous drives flexed offensive muscle the Moose also showed room for improvement going the wrong way on their next drive losing 17 yards, 5 to a penalty. In total the Moose watched the refs march off 106 yards in penalties Friday night. Late in the fourth Alamosa got in range and Katy Gallegos booted a 24-yarder, her second longest of the season, to add three more to an impressive win.

Alamosa’s home stand wraps up next week as they face league foe Delta. Delta will come to Alamosa in the middle of a three game skid dropping their latest to the Pagosa Springs Pirates. Alamosa and Delta square off Oct. 6th at 7p.m.