ALAMOSA — Meeting at the future site of what will likely be Alamosa’s newest park, residents in the new subdivision off south Craft Drive told city staff Tuesday night they would welcome a park in their neighborhood.

Parks & Recreation Director Andy Rice explained that although Alamosa as a whole has an abundance of parks, it is lacking a park in this part of town, which is a relatively newly developed area. The park would serve a dual purpose, he added, in providing a place to play in addition to drainage in the event of rare heavy rains. He said a lot of communities in the West, such as Phoenix, use this type of area for parks and drainage.

“There might be a day or two where water is on the soccer field, so to speak, but most of the time it would not be,” Rice said.

As proposed, Craft Drive would split the park so that there would be play areas on both sides of the busy street. If that is the final plan, a flashing light might be erected and/or reduced speeds imposed.

Residents shared a few concerns about safety but by general consensus were supportive of the city pursuing funding for a park in their neighborhood.

Residents asked about fencing to divide the park from the residential neighborhood; placing similar amenities on both sides of Craft so youngsters would not have to cross the street to get to the other side of the park; and monitoring the park so it would not attract the drug use apparent in other parts of town. There was also a desire to maintain some of the natural wildlife habitat that exists in that area.

One mother said she was concerned about keeping drugs and alcohol out of the area because she had seen that in other city parks like Cole Park.

“I don’t want it to be another drop zone for needles and alcohol,” she said.

Rice said park crews have had to sweep playing fields before games to remove needles. 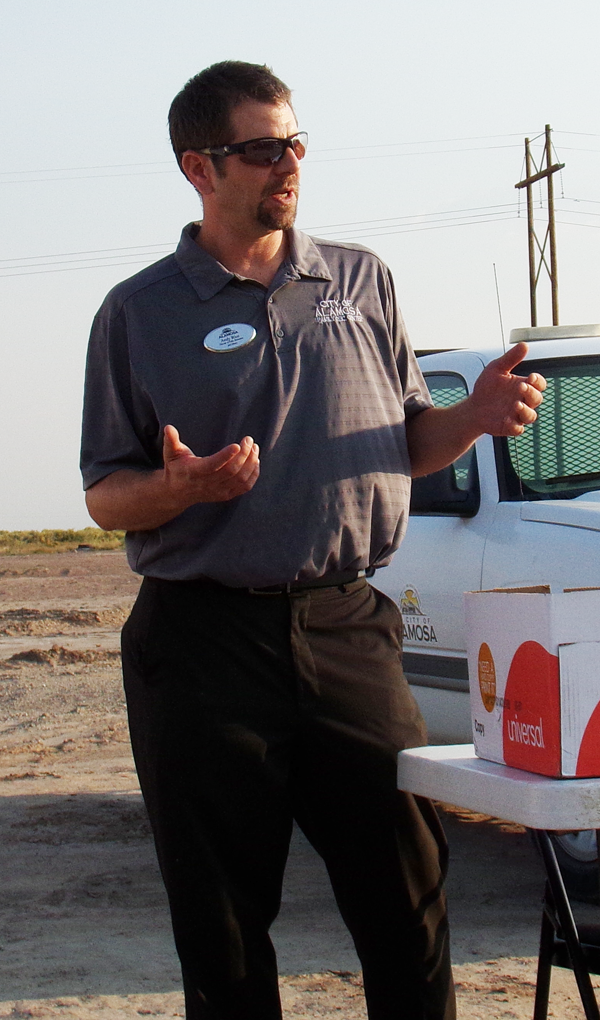 City Manager Heather Brooks said there are a lot of laws that protect the public’s ability to be on public property.

“Sometimes our hands are tied what we can do, but the more we have public input on what goes on, the more we have political pressure,” she said. She asked residents how they felt about cameras in the park to monitor activity, and one resident said it depended on who had access to the footage. Rice said the city has cameras at the rec center so the leadership can look at the footage from them if there is a problem.

Brooks said it could be helpful to have cameras in city parks to curb vandalism and other criminal activity.
One of the residents suggested that if the city placed a park in this neighborhood perhaps police patrols could also be increased.

“Other than police officers that live in this area, we don’t see them sweeping through,” the resident said.

Rice said the city does not have funding for this park yet but wanted to see if the neighborhood was open to a park before proceeding further. He said the city would be applying for a Great Outdoors Colorado (GOCO) grant in November and would be looking at other sources of funding as well. The city will probably hold another neighborhood meeting in October, he said.

City staff asked for adult and children’s input on what they would like to see in a new park in their neighborhood, whether it would be picnic tables, grassy areas, playground equipment, skate/bike parks, gardens, soccer fields or other amenities.

“When we built Zapata Park, the children’s input was very, very valuable,” he said.

Rice added that in addition to input on the park, the parks/rec department staff want to hear from the public about parks/rec programming.