ALAMOSA — “Today we are here to pay tribute to law enforcement who have made the ultimate sacrifice for our country and to show our appreciation for all those who continually serve on the front lines of this battle against crime,” Alamosa Mayor Ty Coleman said during the 11th Annual San Luis Valley Peace Officer Memorial on Wednesday evening. 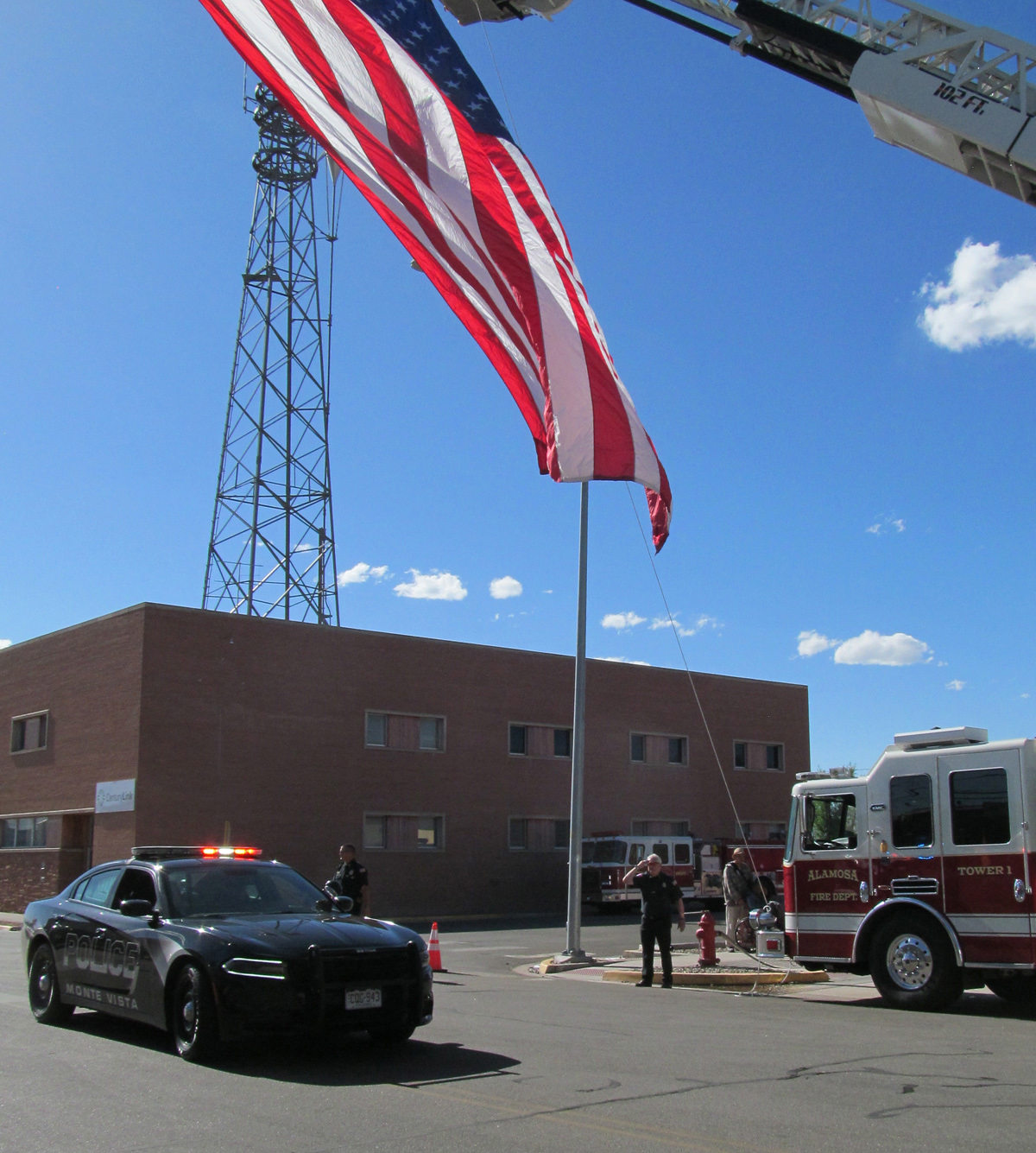 A Monte Vista police car proceeds under the banner of the U.S. flag flown from ladder fire trucks as the Procession of Lights concludes on Fourth Street in Alamosa on Wednesday night.

He and Alamosa Police Chief Duane Oakes acknowledged Peace Officer Memorial Day and Police Week, first instituted by President John F. Kennedy in 1962 and celebrated this week locally and throughout the country. 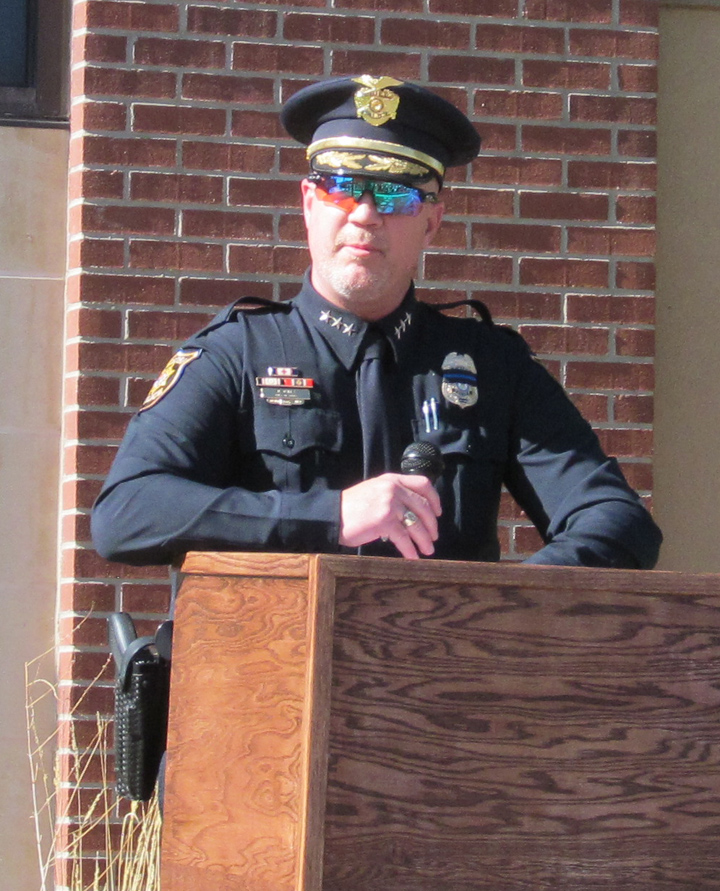 Alamosa Police Chief Duane Oakes shares the history of the Peace Week and statistics of those lost in the line of duty annually.

The week acknowledges the devotion, dedication and sacrifices made by law enforcement, some giving the ultimate sacrifice. Chief Oakes pointed out that every 58 hours an officer dies in the line of duty and that so far in this year alone 54 have died in the line of duty throughout the country. 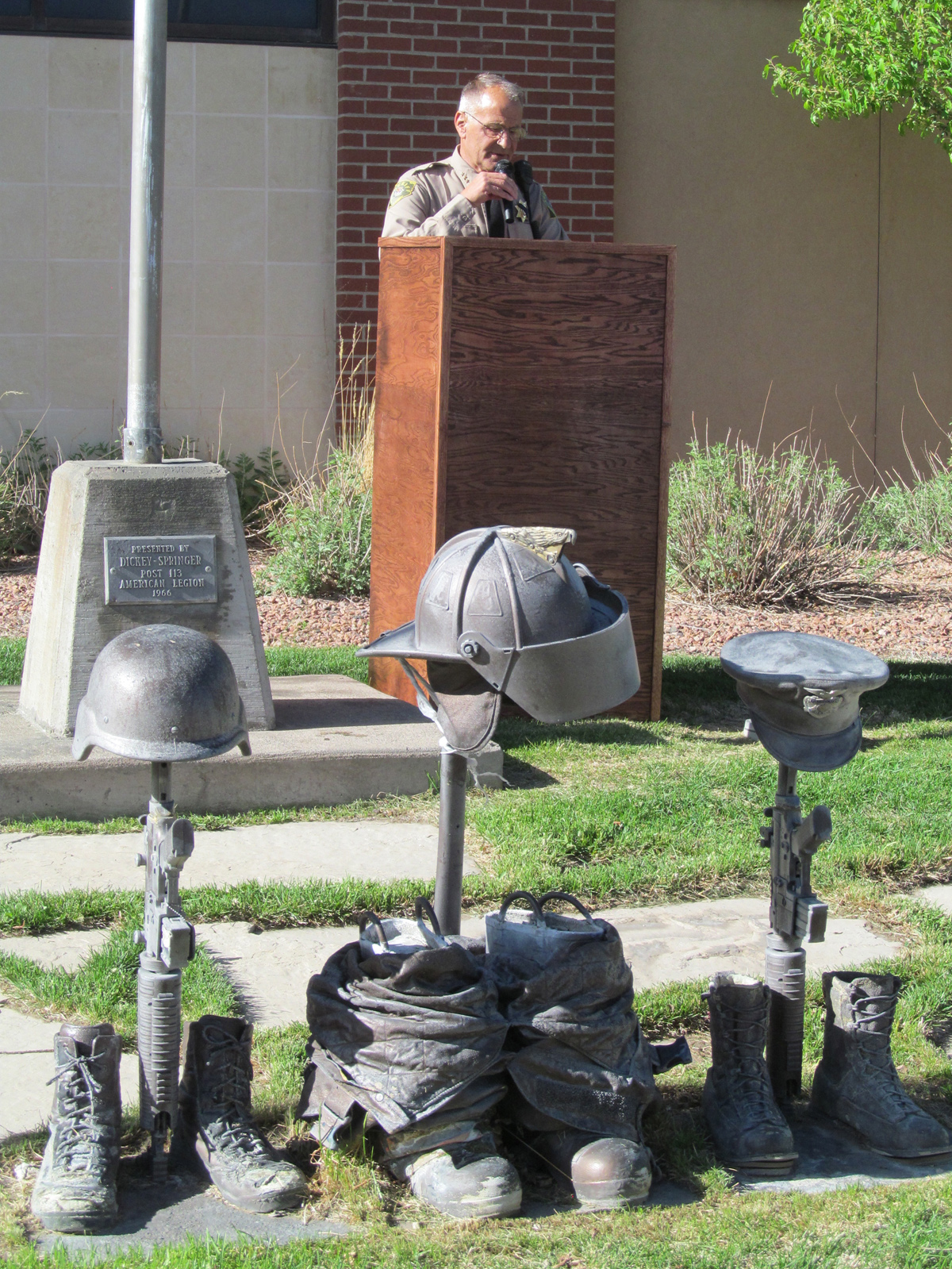 With the permanent memorial honoring the fallen in the foreground, Alamosa County Sheriff Robert Jackson reads the list of those who have died in the line of duty and members of the law enforcement family who have passed away. 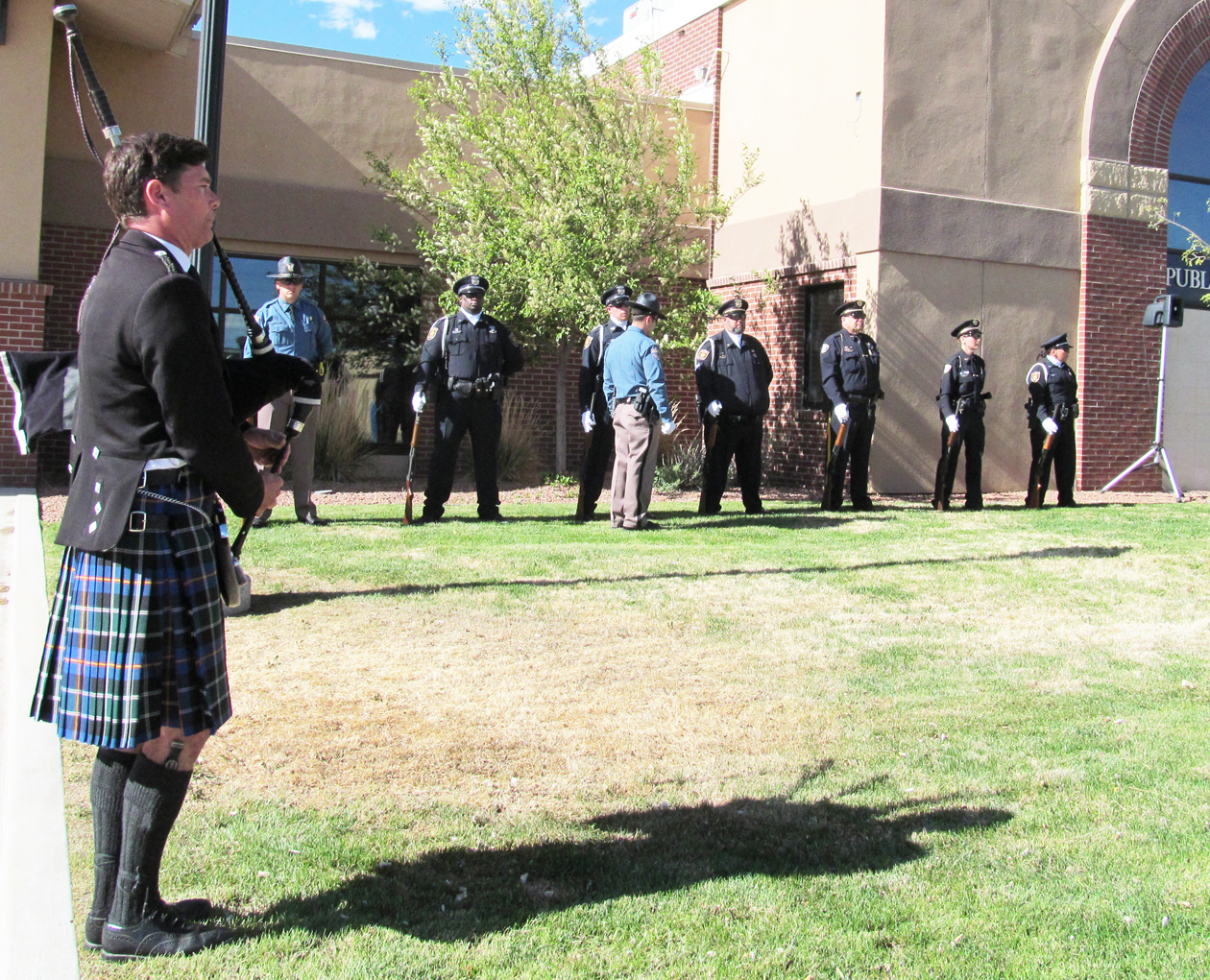 Scott Beach, left, plays “America the Beautiful” on the bagpipes as the procession arrives for the peace officer memorial ceremonies in front of the Alamosa Police Department. The Honor Guard is shown in the background. 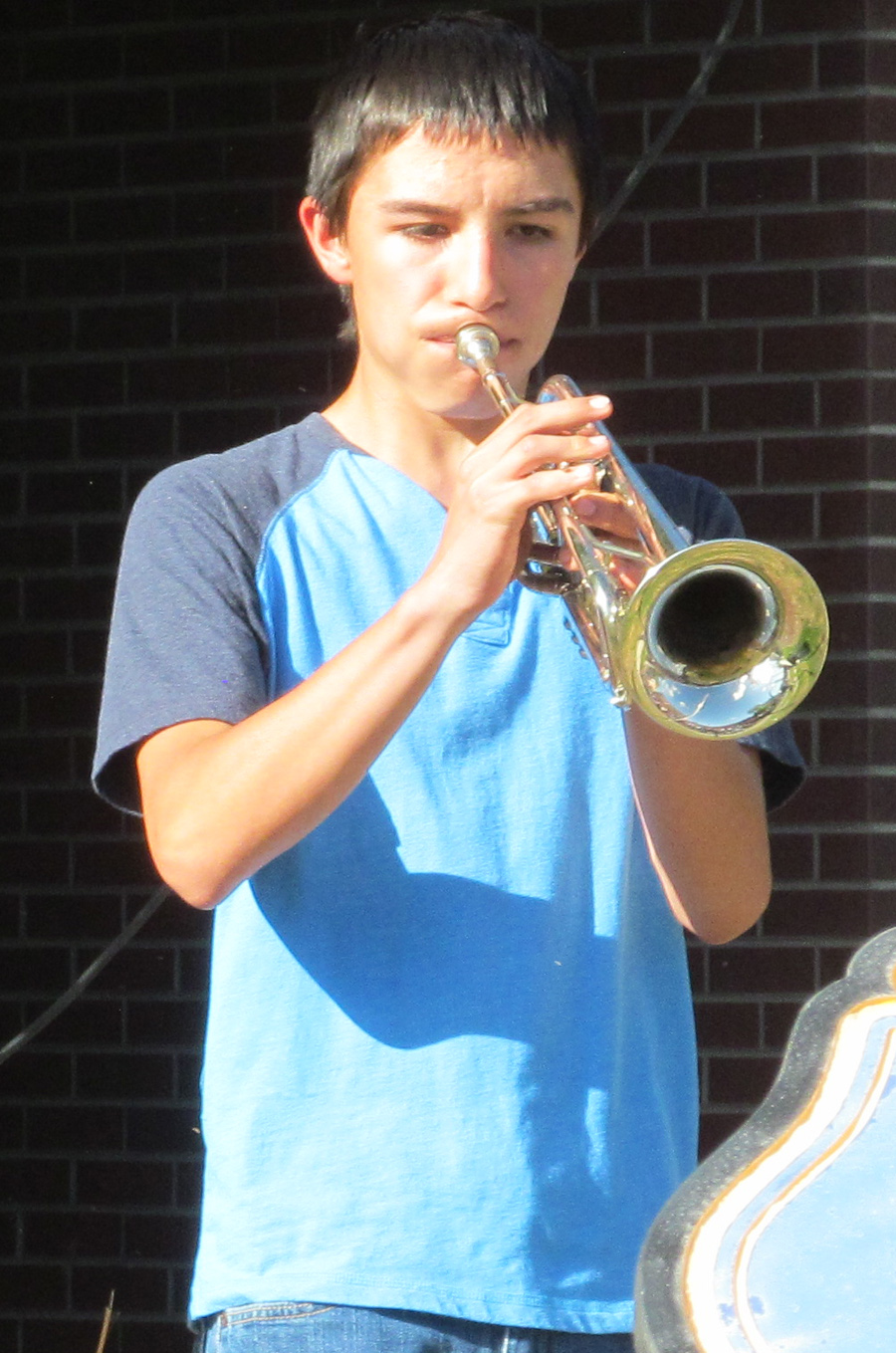 Tyler Maestas plays taps on the trumpet at the conclusion of Wednesday’s ceremonies. 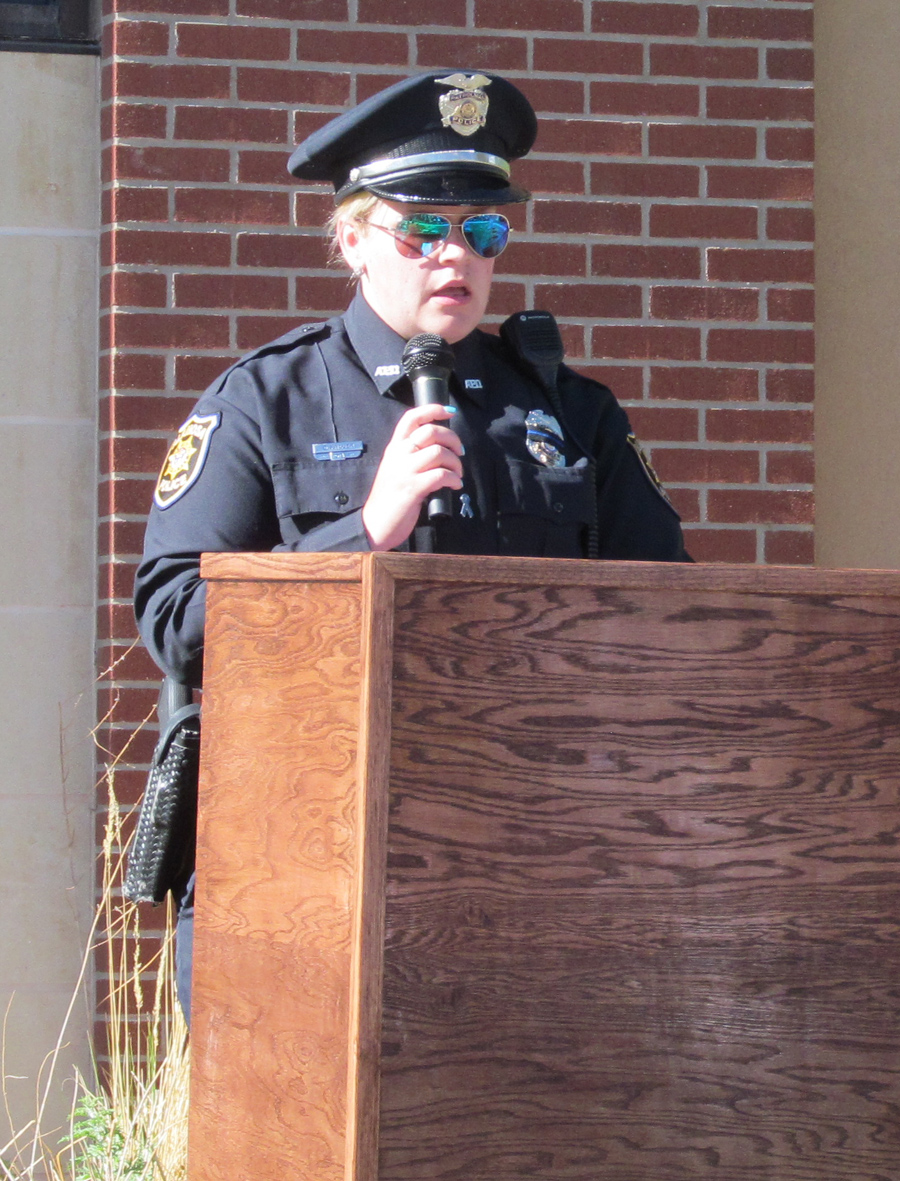 Alamosa Police Officer Dana Knauer shares the fallen officer’s poem, which includes the admonition, “Live your life as I did, unafraid.”

An honor guard provided a Twenty One Gun Salute.

Mayor Coleman was guest speaker for the event. 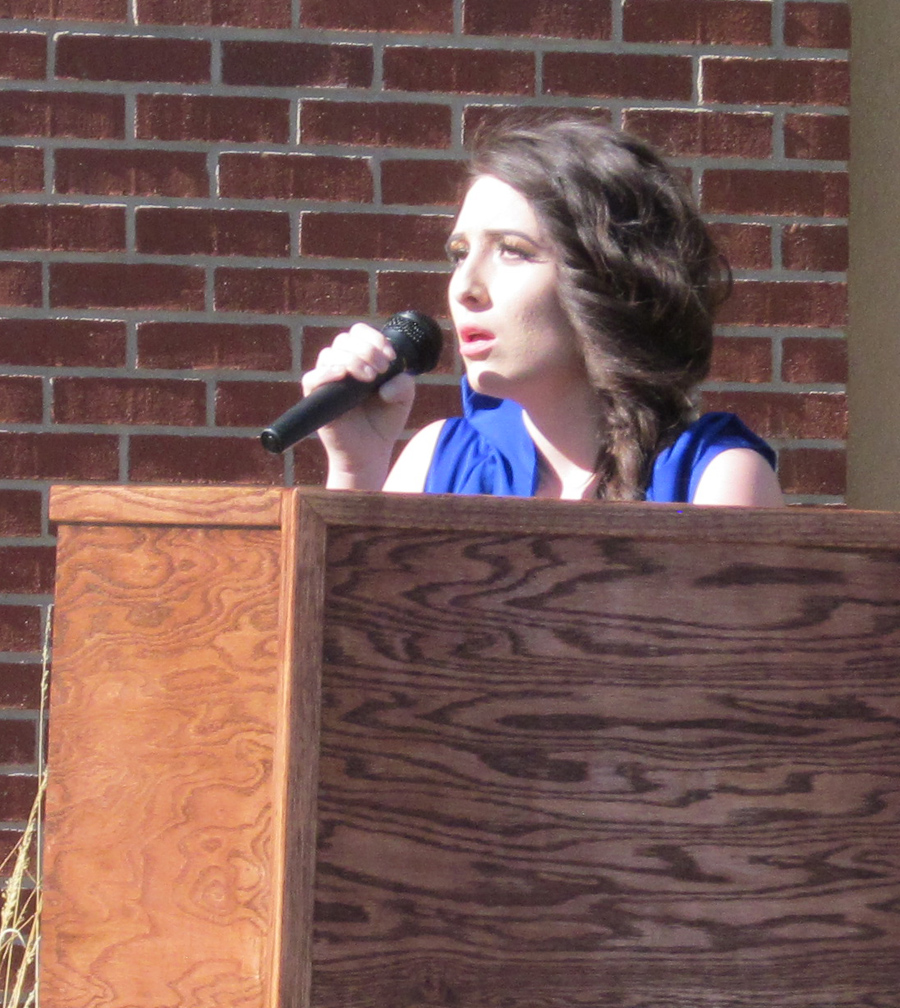 “Every day law enforcement put their lives on the line to serve and protect our community,” he said.

He added that in rural communities like those in the Valley, law enforcement officers might also serve as first responders, firefighters and EMT personnel. Coleman referred to the efforts a few weeks ago when a dangerous fire threatened the Alamosa community, and it took the efforts of first responders from throughout the San Luis Valley to contain the situation.

“I was very proud to see the cooperative efforts by the law enforcement officers and San Luis Valley first responders,” the mayor said. 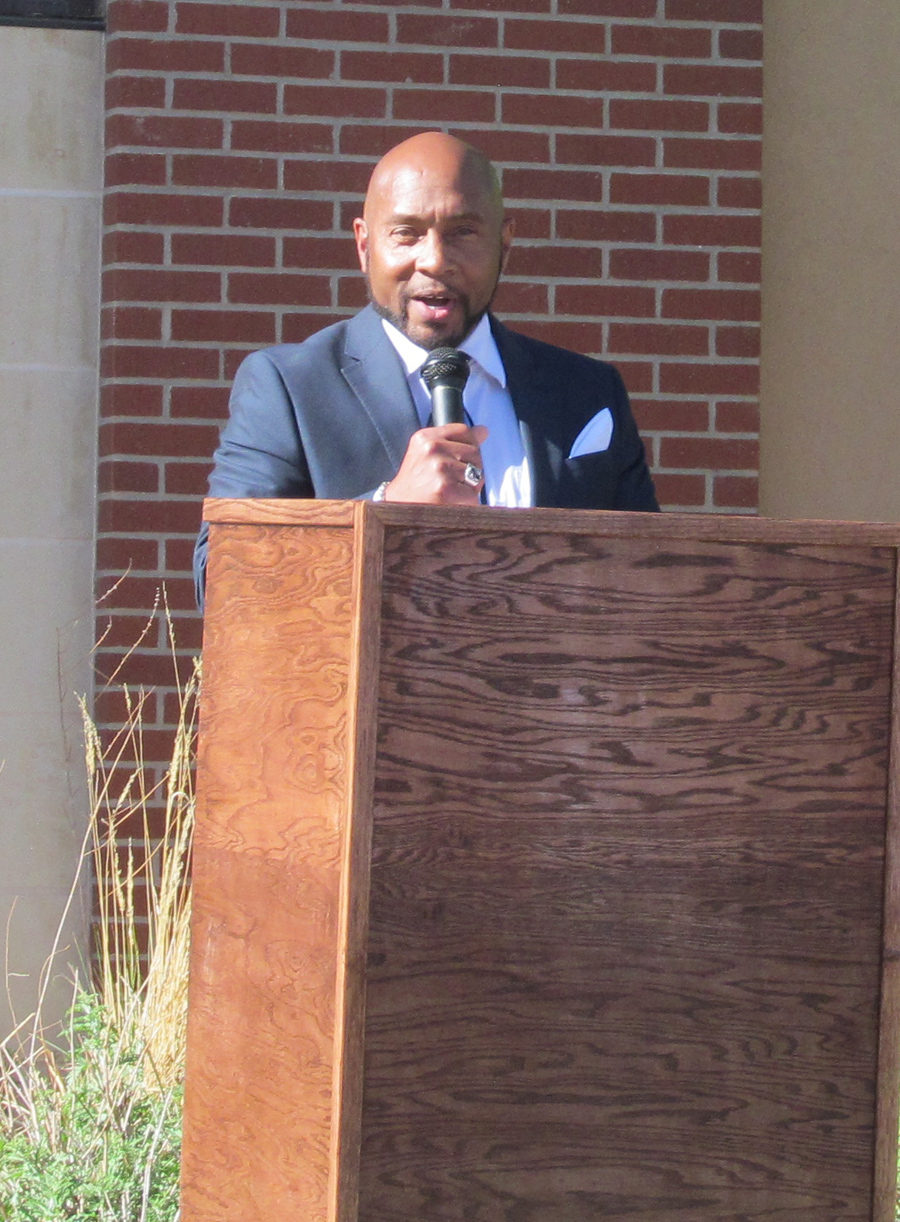 He commended police officers and their families for participating in community events like softball leagues, Halloween fright night, career fairs and Shop With A Cop during the holidays.

He said he knows firsthand what it is like to be a family member of someone serving in law enforcement, as his mother was a Houston police officer. The range of emotions can be like a rollercoaster ride ranging from compassion to anger and gratification to frustration. The job can take its toll physically and emotionally, he added.

“Even when things get tough, please don’t give up because we need and appreciate you.” 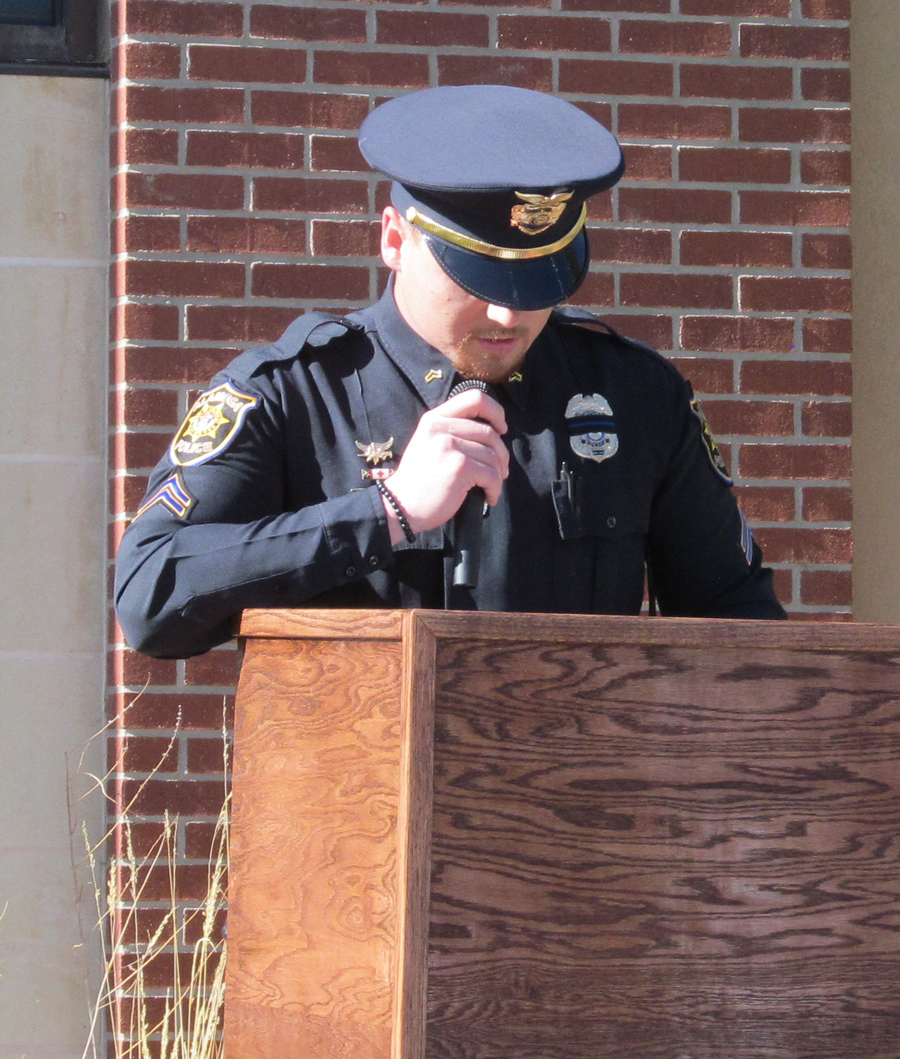