By: Joel Priest - Updated: 5 years ago

IGNACIO—Building up momentum to visit Centauri next week, a contest most likely deciding (again) the Southern Peaks Conference champion, was doable Friday night for Monte Vista…but also appeared wholly unsatisfying to not only head coach Manny Wasinger and his staff, but the Pirates themselves.

“We came out here, played hard, got the ‘W,’” said senior workhorse Jacob Chavez, whose two rushing touchdowns helped stake MVHS to a 14-0 lead late in the first half at Ignacio, “but we’ve got to keep our poise. We’ve got to play better than we did tonight.”

Chavez unofficially broke the 150-yard mark while driving the visitors’ ground-and-pound offensive attack, which pieced together clock-killing possessions that visibly sapped the Bobcats energy with each snap. The first such grinder consumed six minutes, 45 seconds of the second quarter, and used 16 plays (14 runs) to march 87 yards with Chavez ultimately powering through the middle from 13 yards out with 2:47 left before halftime. 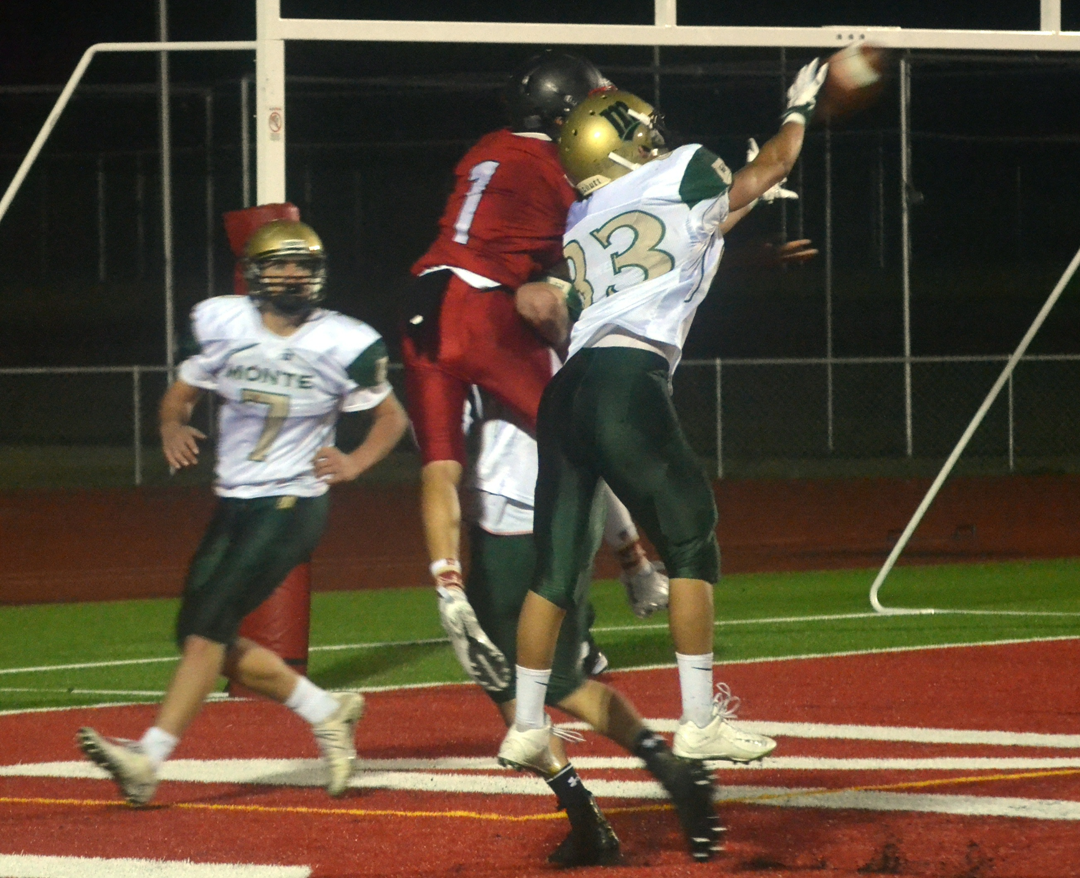 Neither side managed much after intermission, despite each team starting one drive near midfield and another at better than their own 30, until MVHS (3-2, 1-0 SPC) took over at their own 13 with 0:25.1 left in the third quarter after a downed, 44-yard Lovelace punt.

Illustrating how paramount ball control should be for any team, the Pirates took advantage of an illegal-participation penalty—resulting in a first down at their own 32—and proceeded to both power and plod their way 87 yards via an incredible 19-play march which used 8:07 of clock. Sophomore Kaidon Wenta hurried around left end from 15 yards out on the 19th snap, and Randolph was again dead-on with the extra point—putting MVHS up 28-0 with only 4:18 remaining in the contest.

Ignacio (1-4, 0-1) managed to avoid a shutout on their next play from scrimmage, with Lovelace lobbing a 56-yard score to junior Lawrence Valdez with 4:00 left and then tacking on the PAT. And though MVHS junior Darius Garcia paid a vicious price to smother Ocean Hunter’s ensuing squib kick, Monte Vista’s final series—started by a 29-yard Chavez run—ended with the Bobcats recovering a fumble at their own 40 on the sixth play.

“You can never have a team too tired,” said Chavez. “You’ve just got to keep playing as hard as you can. And it showed tonight: We didn’t play as good as we should.”

Rebounding—for better or for worse—from a 30-7 loss at second-ranked Meeker, costing the Pirates the CHSAANow.com Class 1A poll’s #8 spot as well as top-ten inclusion this week (prior to defeating IHS), MVHS will follow up the crucial Oct. 6 trip to La Jara with road games at Walsenburg John Mall on the 13th and non-conference Rocky Ford on the 20th.