Rio not so 'Frio' for annual 5k run and walk

ALAMOSA – A 17-year-old cross country runner from Rampart High School in Colorado Springs edged out the three-time runner-up for top honors in the fourth annual Rio Frio 5k held Sunday in conjunction with the Ice Festival in Alamosa.

Aaron Dewey, pictured above to the right, has run in all four Rio Frio 5k races as part of a father-son weekend with his dad, Grant. The winner has shown steady improvement in the local event according to Rio Frio race director Jeff Owsley, finishing third, eighth and 14th overall the previous three years.

Sunday’s race was diverted from the usual route on the frozen Rio Grande, starting and finishing in Cole Park and proceeding north on the city’s levy system with about ¾ of the race on the lake at Blanca Vista park. Runners had to deal with extremely slick conditions at times where snow didn’t cover the ice, slowing overall times of the 121 participants.

Dewey, who finished in 20:13.7, edged out “always a bridesmaid, never the bride” Nicholas How of Alamosa, pictured above to the left, (20:26.5) who also finished second the past two years, last year to Adams State great Simon Gutierrez and the previous year to Enrique Salcedo, then of Kristi Mountain Sports. 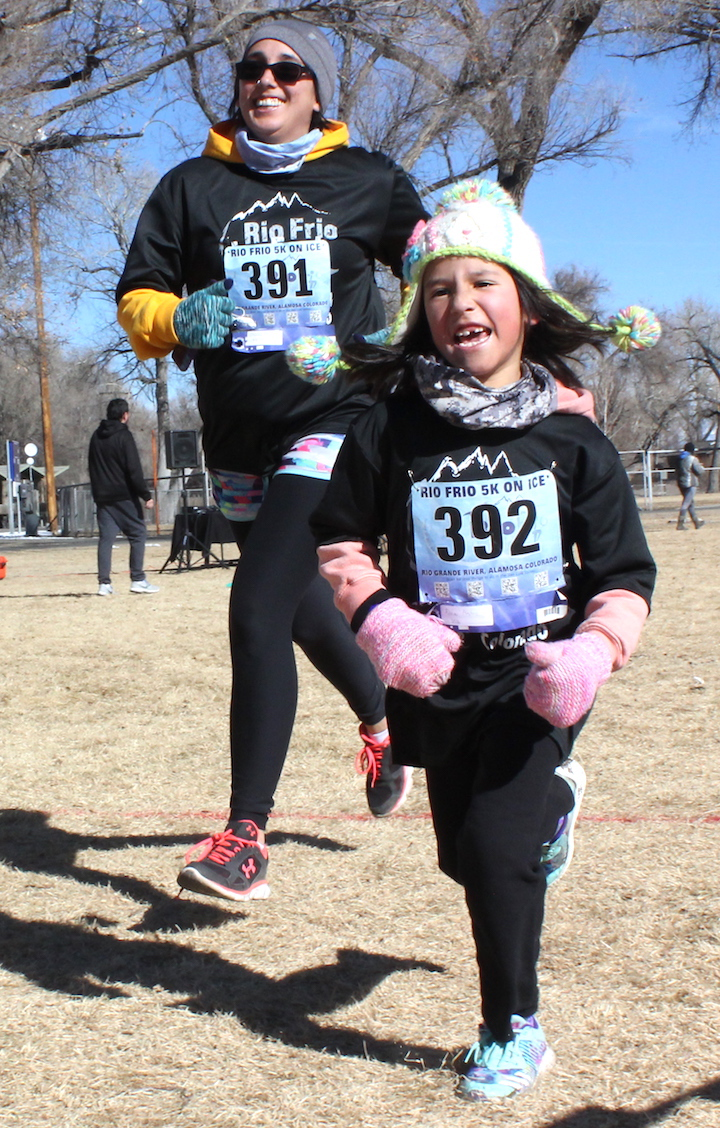 Among the finishers in the Rio Frio 5k on Sunday were the smiling mother-daughter team of Paloma and Rhoni Mestas of Alamosa. More than 120 runners and walkers participated this year. Courier photo by Keith R. Cerny.

Owsley said one of the goals behind the Rio Frio is to draw runners from outside the area, noting that Deweys are a prime example. The uniqueness of running on a frozen river was spoiled this year by the unseasonably warm days leading up to the race. 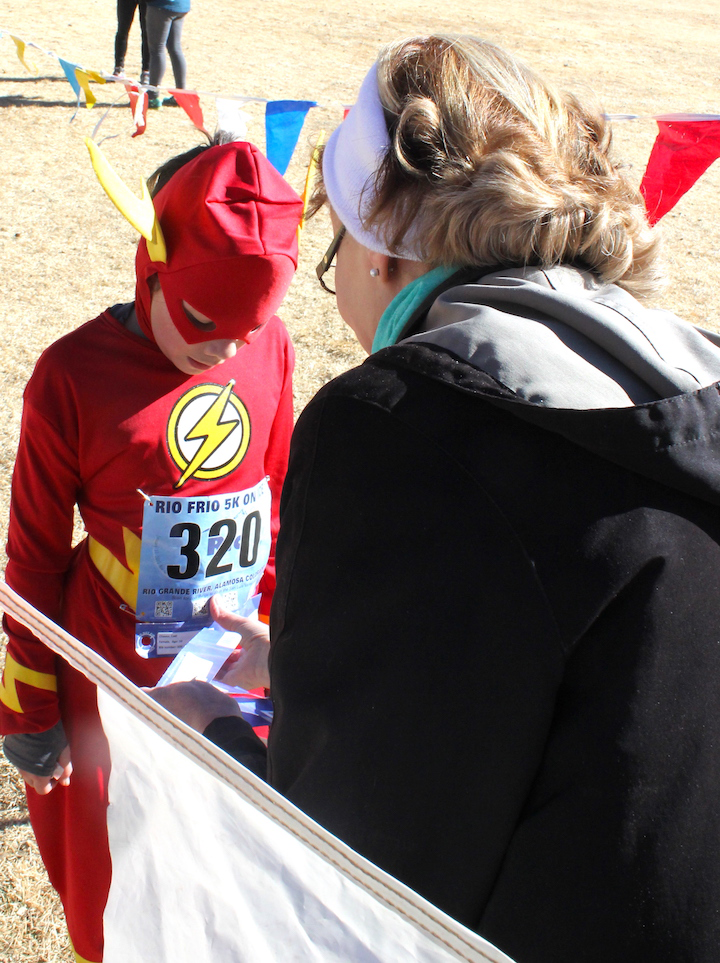 Keeping with the “superheroes” theme of the Ice Fest weekend, 10-year-old Cadi Chavez did her best “Flash” impersonation for the 5k run as she is greeted at the finish by Hallie Owsley. She is the daughter of Dennis and Jessica Chavez of Alamosa. Courier photo by Keith R. Cerny.

Prizes were awarded by gender and age groups, results of which were not available. Overall results were as follows: