CONEJOS — Michael John Robinson, 32, was advised last Friday of seven criminal counts in connection with the suspected murder of his step-grandfather, James H. Sprouse, 77, sometime between June 3 and 12, 2016.

He was arrested April 28 in Indio, California and advised in Conejos County Court by Judge Kimberly Cortez.

Robinson had been staying with Sprouse in what had been a small grocery store in Romeo until the alleged incidents took place.

Attorney Benjamin Vernon of the public defender’s office asked the court to limit law enforcement contact with Robinson, asking that defense attorneys be contacted before speaking with the defendant, except for routine day-to-day contact.

A gag order was in effect until Robinson was taken into custody and the recent order limits deputies' contact as well.

Discussing bond, Deputy 12th Judicial District Attorney Ashley Fetyko noted that the nature of the alleged crimes led to concern for community safety and the fact that he had already taken flight meant a higher bond was warranted.

The complaint and information include murder in the first degree, alleging that Robinson “unlawfully, feloniously, after deliberation and with the intent to cause the death of a person other than himself,” caused the death of Sprouse. 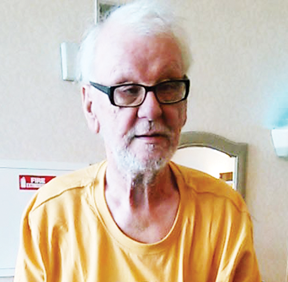 Count two, alleging a crime of violence, states that Robinson “unlawfully used or possesses and threatened the use of a deadly weapon — an unknown bludgeon— during the commission of or attempted commission of, conspiracy to commit or the immediate flight from the offense of murder in the first degree.”

Count three also alleges a crime of violence alleging that Robinson caused serious bodily injury to Sprouse, a person not a participant in the crime.

Count five alleges Robinson tampered with physical evidence. “Believing that an official proceeding was pending or about to be instituted, and acting without legal right or authority, unlawfully and feloniously destroyed, mutilated, concealed, removed or altered physical evidence with intent to impair its verity or availability in the pending or prospective official proceeding.”

Count six alleges Robinson committed abuse of a corpse, a class two misdemeanor, “by treating the body or remains of Sprouse in a way that would outrage normal family sensibilities.”

In addition, he is charged with a sixth count, first degree aggravated motor vehicle theft, a class five felony. Robinson is accused of unlawfully, feloniously and knowingly obtained or exercised control over Sprouse’s vehicle for more than 24 hours and removed the vehicle from Colorado for more than 12 hours. The value of the vehicle was less than $20,000.

Finally, he is charged with class one misdemeanor concealing the death of another person and preventing a determination of the cause and circumstances of death.

Robinson left Colorado somewhere between June 15 and June 17 last year in the victim’s red Ford Explorer, which was found abandoned in San Diego, California on June 17, 2016.