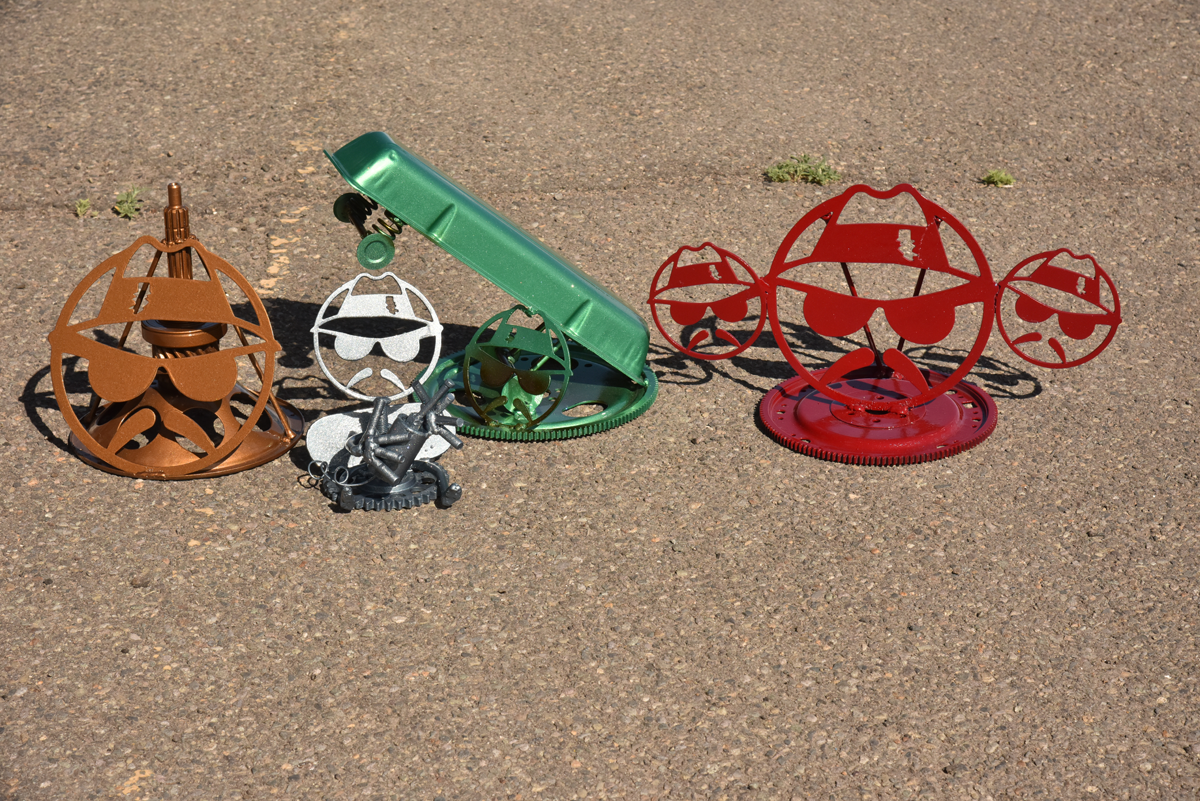 The younger members of Rollin’ Deep Car Club created these unique trophies out of scrap parts for the Pre-hop. 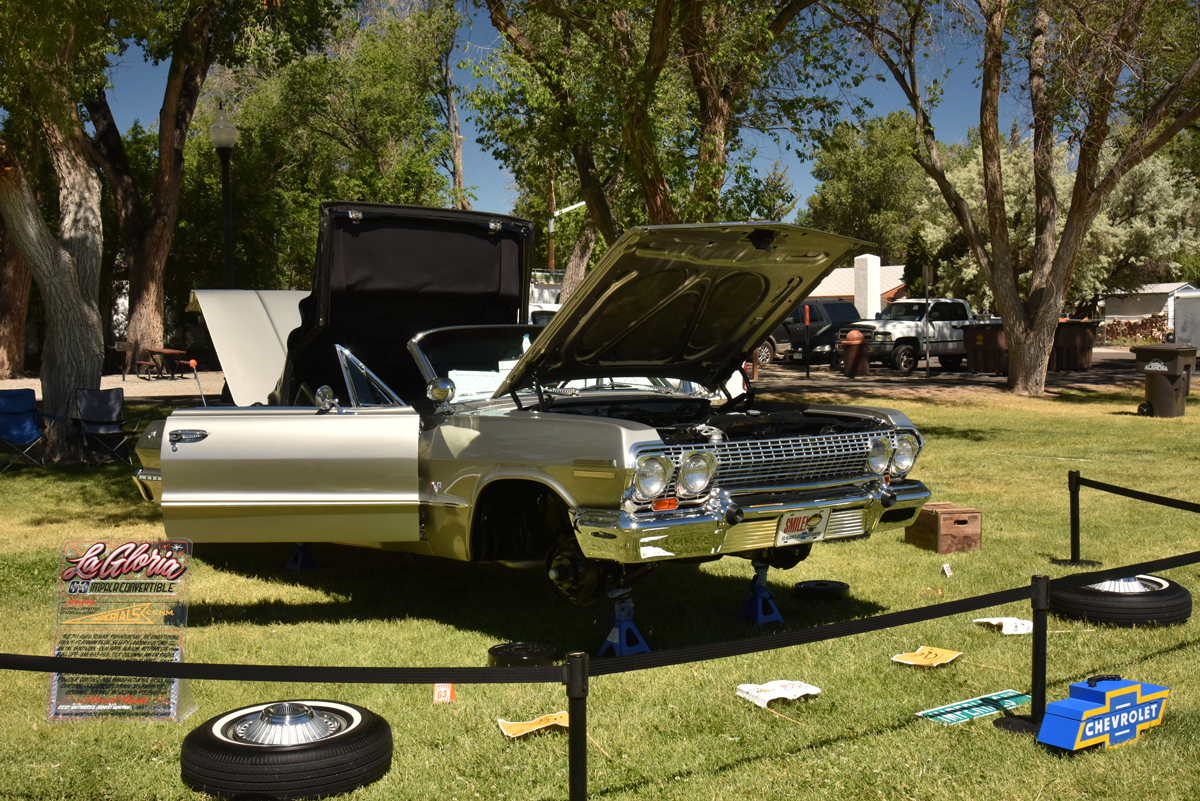 Scotty Gutierrez of Monte Vista was one of the big winners with his ’63 Impala. 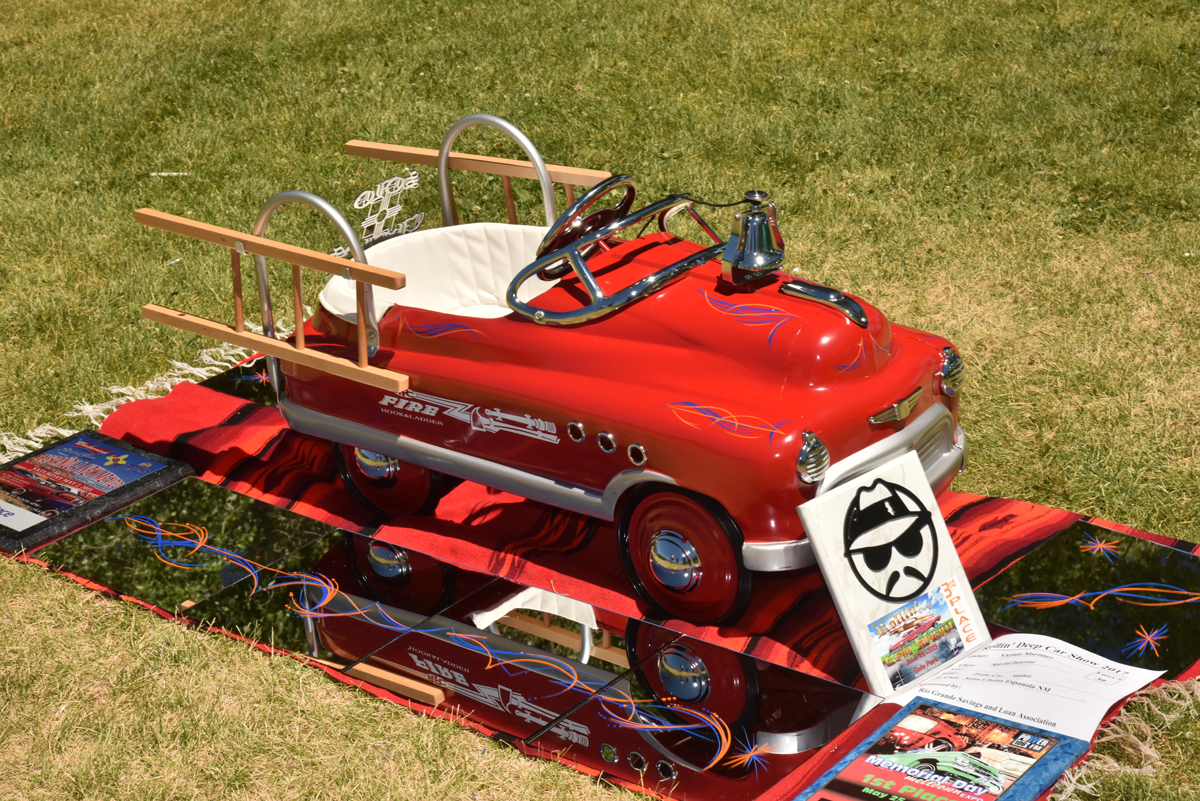 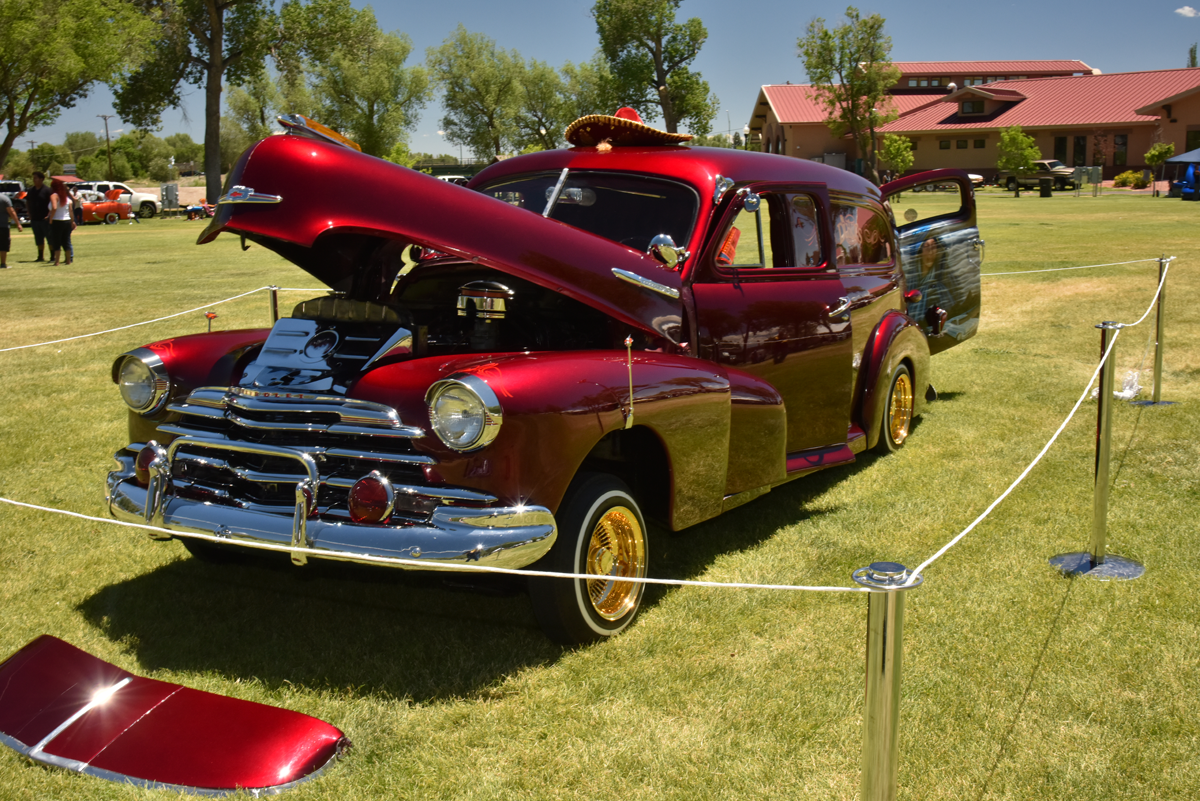 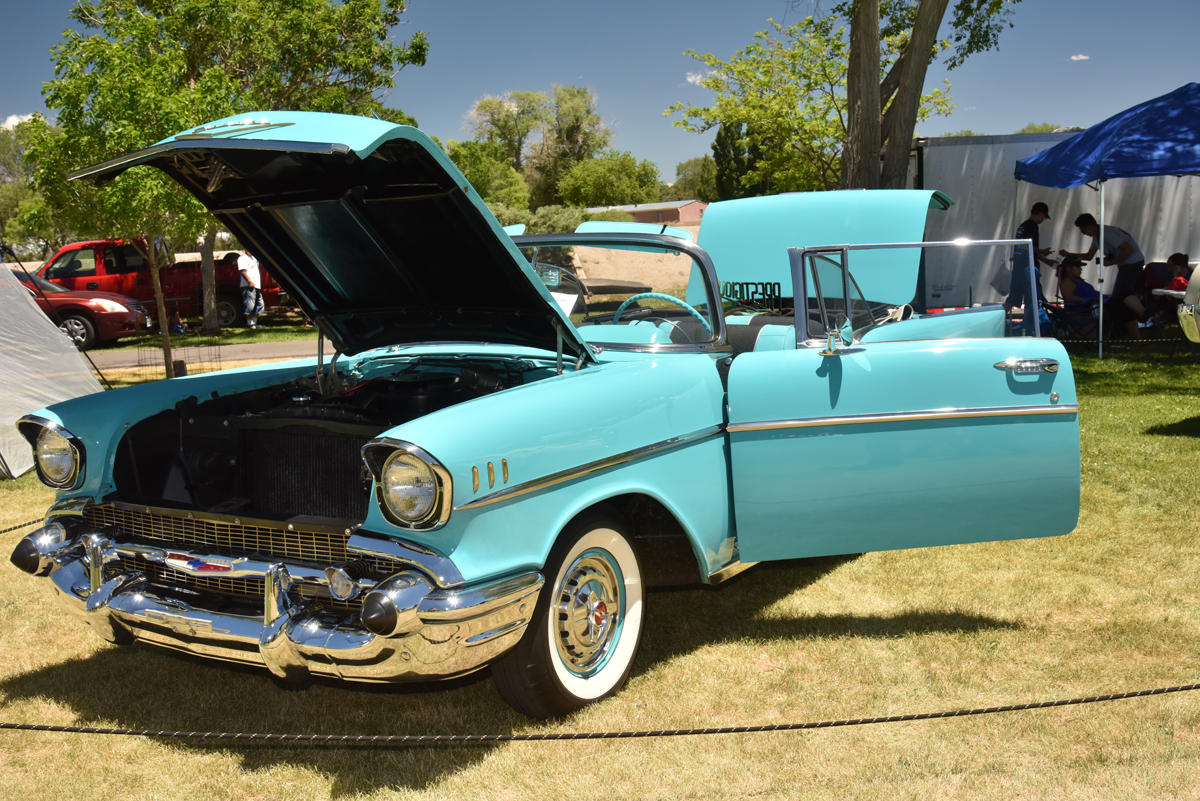 Ken Jaquez of Albuquerque, formerly of San Acacio, was a winner with his 1957 Chevy. 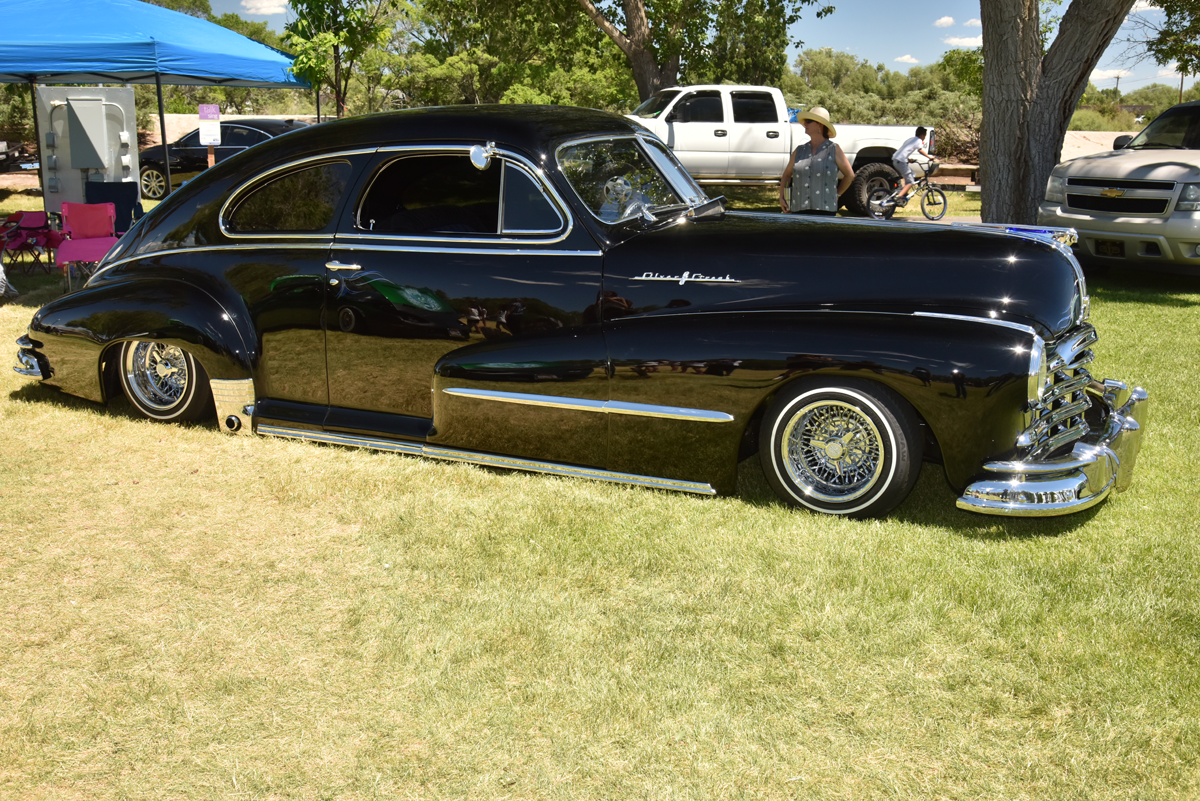 One of the Rollin’ Deep big winners was this 1948 Pontiac owned by Johnny Martinez of Chimayo, N.M. 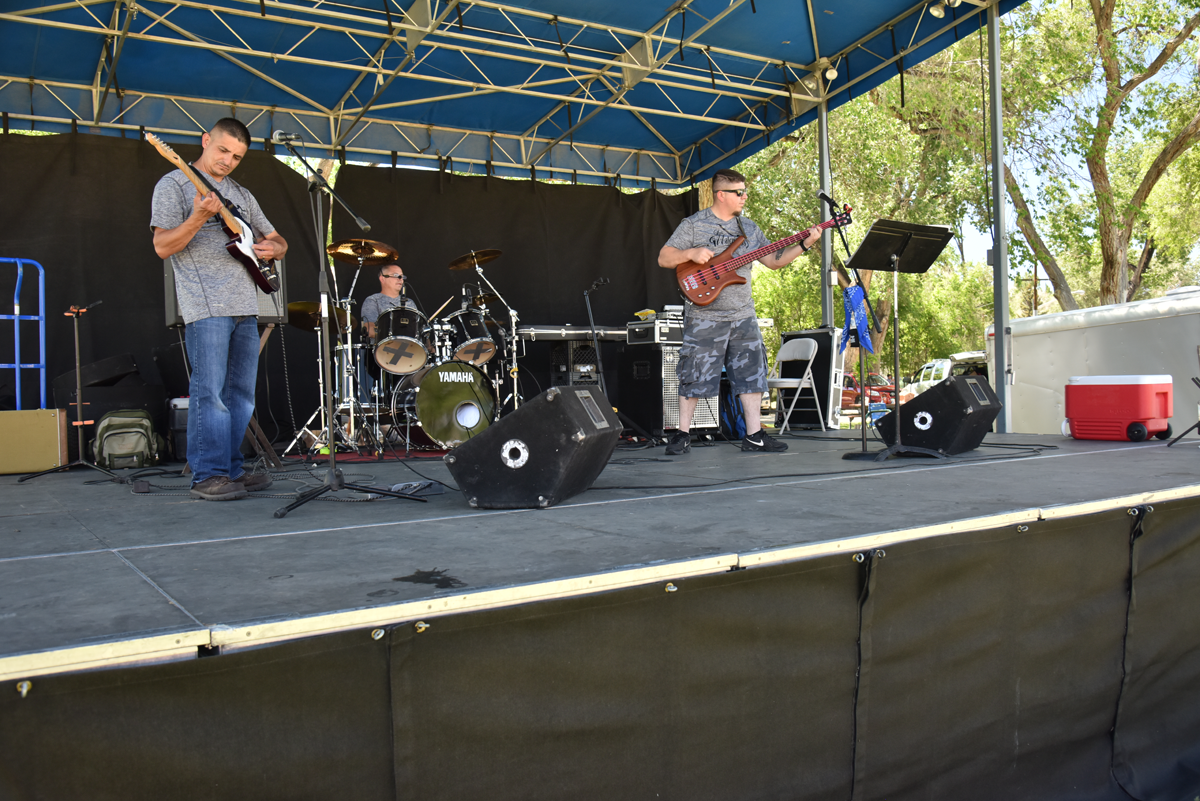 Los Marcardios perform during the Rollin’ Deep Car Show in Alamosa on Sunday. 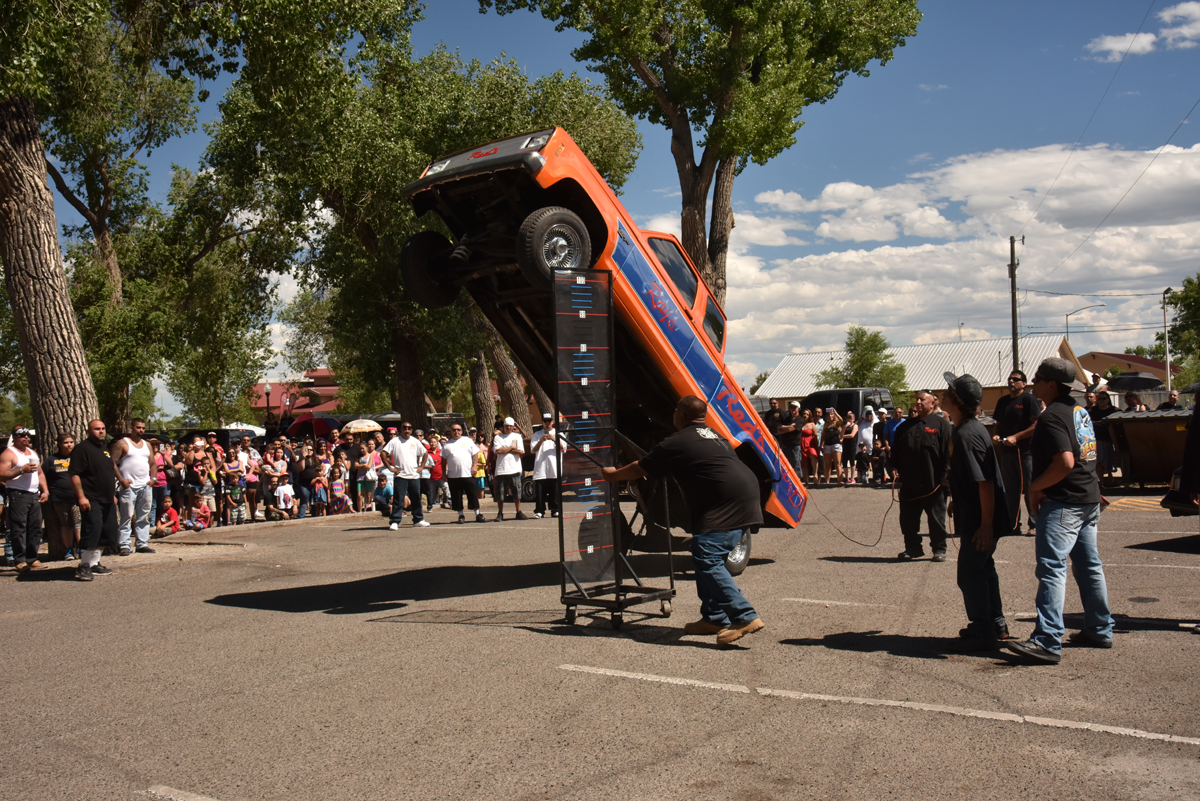 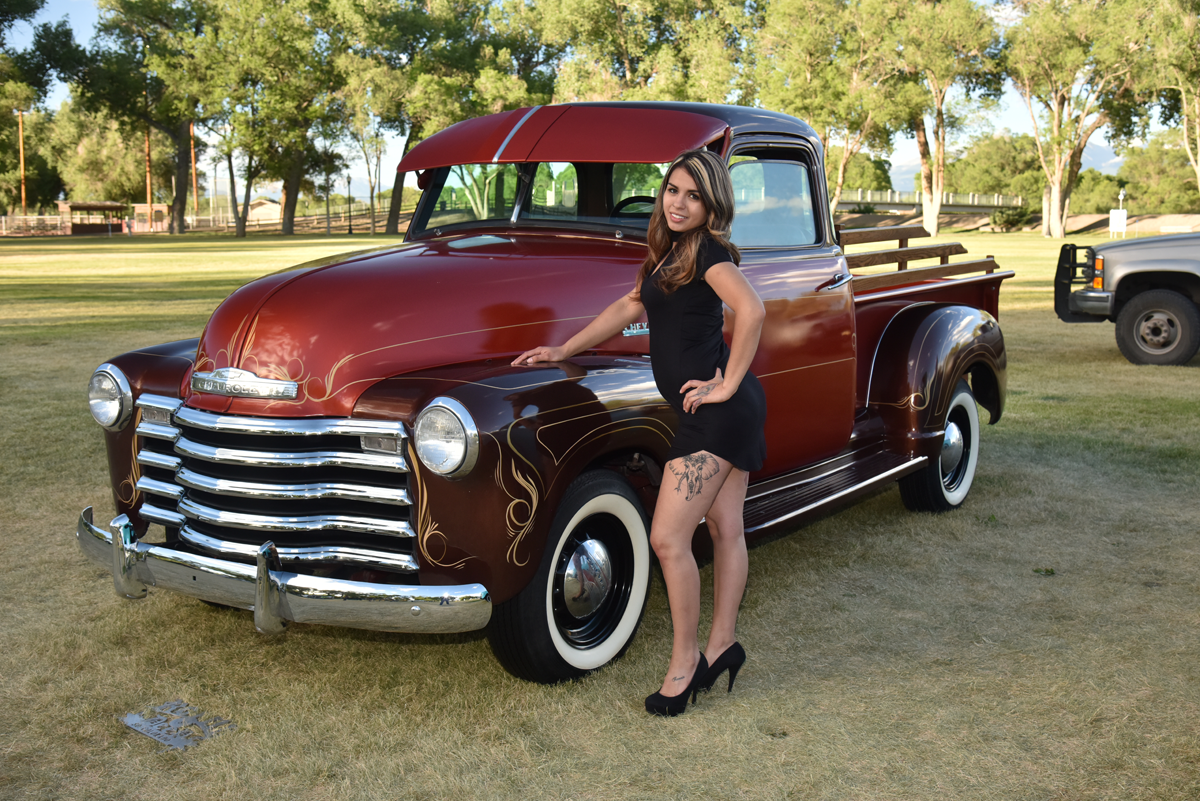