SAGUACHE — A trial began this week in Saguache for Charles Moises Gonzales, 47, charged with the murder of Saguache area resident Mike Rust, 56.

Gonzales was charged with first-degree murder, first-degree burglary, tampering with evidence and possession of a weapon by a previous offender.

His trial is scheduled through December 12. Jury selection began on Monday in district court in Saguache.

Rust was a well-known crafter of “shorty” mountain bikes and a metal craftsman who was inducted into the Mountain Bike Hall of Fame in 1991. He moved to northern Saguache County in 1994 to build a sustainable solar home out of recycled materials.

Rust disappeared from his Saguache County home March 31, 2009 after arriving at his residence following a grocery-shopping trip to discover what he believed was a break-in. He called a friend and told her he was taking his gun and planned to follow tracks outside his home to see where they led. Investigators suspected that Rust confronted the thief or thieves who then killed him and took off with his bike.

Although his bloodstained motorbike was later recovered in a canyon several miles from his home, Rust's remains were not recovered until January 2016 and confirmed by DNA analysis in April of that year. 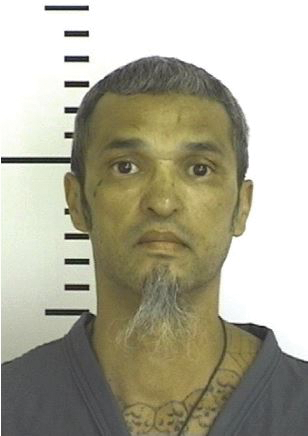 Gonzales was identified as a possible suspect in the case later that year. Gonzales was serving time in a Colorado Department of Corrections facility in Cañon City on unrelated charges when the warrant was issued in 2016 on the Rust case. He had been convicted of numerous weapons offenses, assaults, sexual assault, burglaries, theft, criminal trespass, escape and aggravated motor vehicle thefts, according to the warrant.

After a preliminary hearing last December, visiting Judge Adele Anderson bound the case over to district court on all counts. In her decision she explained she could not dismiss the fact Rust was assaulted and shot from behind, contrary to Gonzales’ claims in his confession that the two struggled over the gun and Rust was accidentally shot.

She called the evidence against Gonzales “authentic” and ordered his case be bound over to district court for adjudication.