ALAMOSA — During a work session Wednesday night Alamosa city councilors appeared receptive to a proposal to locate an RV resort by the Cattails Golf Course.

They spoke with developers interested in purchasing about 35 acres of city ranch property to combine with about 30 acres of private property to host a 500-site resort.

The council has not yet made any decisions on selling the property or approving the RV resort, and Alamosa City Manager Heather Brooks said she wanted the process to be as public and transparent as possible. She stressed there will be ample opportunity for the public to have input.

As a next step, city staff will likely solicit proposals from anyone interested in purchasing and developing that same property, and the city will have the property appraised.

The proposed RV resort would be a membership resort where RV’ers would buy into the resort for about $5,000 (plus annual renewals and maintenance fees) with options to also become members of the Coast to Coast network of campgrounds and resorts, Coast to Coast President Bruce Hoster, pictured to the right above, explained. Members could then stay at an RV resort for free if it was their home park or about $10 a night for up to two weeks at a time.

He said having a resort next to the golf course, as this one would be, would be a unique selling point, and developers hope to work with the golf board to incorporate golf club memberships into the resort membership.

“We see the golf course as a huge asset for us,” added Alamosa Architect Don Spencer, a partner in this project. “We are going to make every effort to integrate into the golf course.”

He said he did not know of many RV resorts like this proposed resort adjacent to a golf course.

Hoster said resorts like this tend to be better maintained because “members feel ownership of it.” Coast to Coast also requires certain standards and regularly inspects affiliated resorts, he added.

“We want to be sending people to places where we would be sending our family or our friends or ourselves,” Hoster said.

At least a portion of the RV resort would be open year round. In addition to three or four sales staff who would be promoting memberships, the resort would employ 6-7 full-time staff. Amenities would include two (probably indoor) swimming pools, laundry facilities, chapel, small store and recreational building.

Hoster said nine million households own RV’s, and the number is growing rapidly. He said the typical RV owner is now an average of 48 years old, with 40 percent RV’ing with children. He and others speaking to the council Wednesday night said RV’ers are more active than in the past, and the activities available in the Alamosa area such as hiking, fishing, biking and sightseeing are tailor made for the RV crowd. When people leave RV resorts, Hoster added, they spend money on dining, scenic trips, shopping, breweries, entertainment like movies and exploring.

Alamosa Mayor Ty Coleman asked what other businesses this type of development might attract to Alamosa. Spencer said among other related businesses this would likely attract RV dealerships, and the dealership in South Fork is planning to expand to Alamosa if this is constructed.

He added that other RV developments are also being considered in Alamosa, but he did not see them as competitors, “because there is enough for everybody.” RV resorts could complement each other, he said. 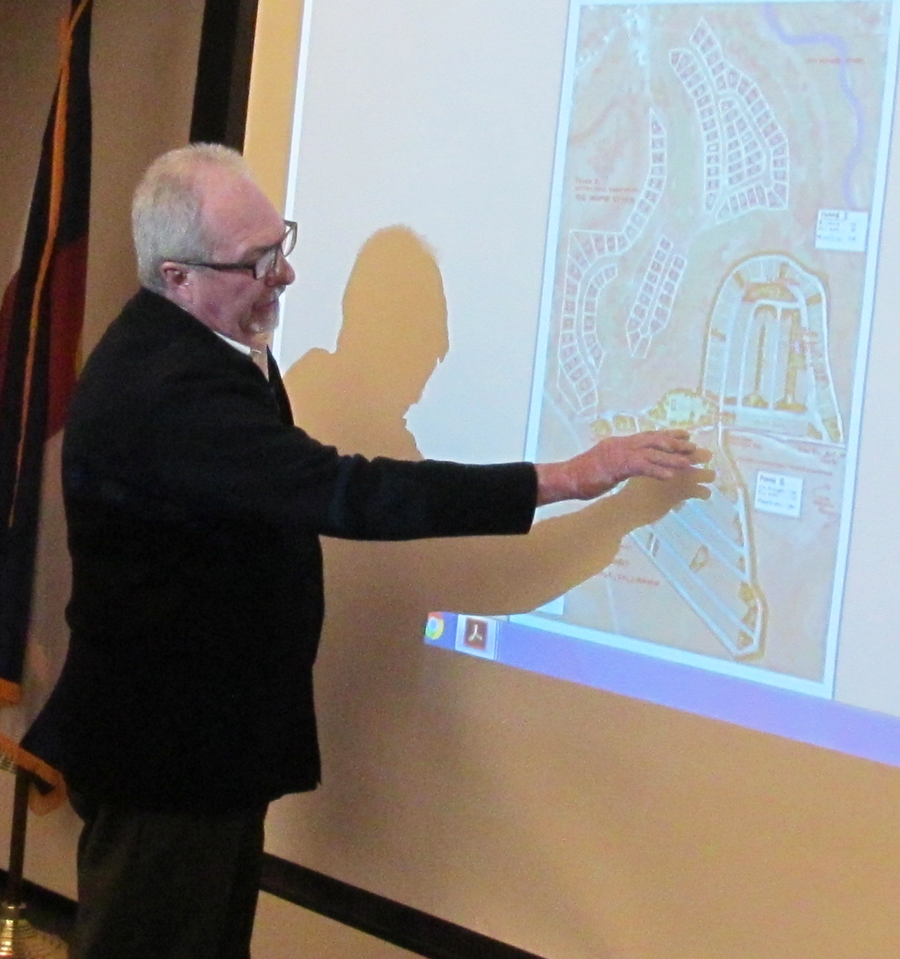 “I would like to see us move forward,” said Councilman David Broyles. “I think this is a great project for the city.”

Councilman Charles Griego said if the city sold the requested amount of property for the RV resort, it would be about 35 acres out of 1,300-1,400 acres encompassing the ranch. Councilor Kristina Daniel said it is important to keep in mind that this transaction would involve selling a public asset, and that portion of what is now publicly accessed property would become private. She said the economic development this would bring would be huge, “but I don’t want to forget this was a public access, right now is open to everyone, that we will be selling for an elite group of people.”

Eric Olsen, president of E.L.M. LLP, the developers of the proposed RV resort, said he did not like the word elite. He said anyone could become members of the resort. Michael Fisher, CEO of E.L.M. LLP, said, “We are not trying to be elite. We just want to build something that looks and feels really good.”

He added that if the city wanted the developers to keep some spaces open to the public, they would be glad to do that.

“We are here to work with you, not against you at all,” Fisher said.

Spencer said developers are working with Alamosa State Bank on funding and would construct the resort in phases. Fisher estimated the first phase would take roughly a year to complete. Spencer said the design work, which is currently a conceptual product, would take three or four months to complete before the project could be bid and ground broken.

The city councilors talked about a few challenges such as the Independent Ditch, nearby archery range, with potential solutions involving redirecting the ditch and/or archery range. Discussions would need to be had with the Eagle Scout who made the archery range his project, and further discussions would also need to be had with ranch lessee Alan Simpson, the councilors said. He has a contract with the city for his cattle and grazing operation on a portion of the ranch and is aware of this proposal.

A map of the proposal and feedback form can be found on the city's website.