ALAMOSA — Over three years of fundraising efforts lead to the completion of San Luis Valley Health's cancer center, which opened to the public yesterday evening. The 5,000 square-foot expansion allows for 10 patients, up from four, to be treated simultaneously.

The ribbon-cutting reception focused on the themes of gratefulness and community. City of Alamosa Mayor Ty Coleman, the first guest speaker, thanked the staff of SLV Health and mentioned the importance of the facility.

"Due to the expansion of this cancer center," Coleman said, "people who live in the San Luis Valley now will have a wonderful place to come for treatment and not have to worry about travelling over a dangerous pass in the cold winter months."

SLV Health Foundation Board President Sheila Hicks is familiar with that trip.

"I have a personal vested interest in seeing this cancer center come to fruition because in 2007 I was diagnosed with breast cancer," said Hicks. "I travelled back and forth from Denver for many months. It's a blessing to see this come here. It really is." 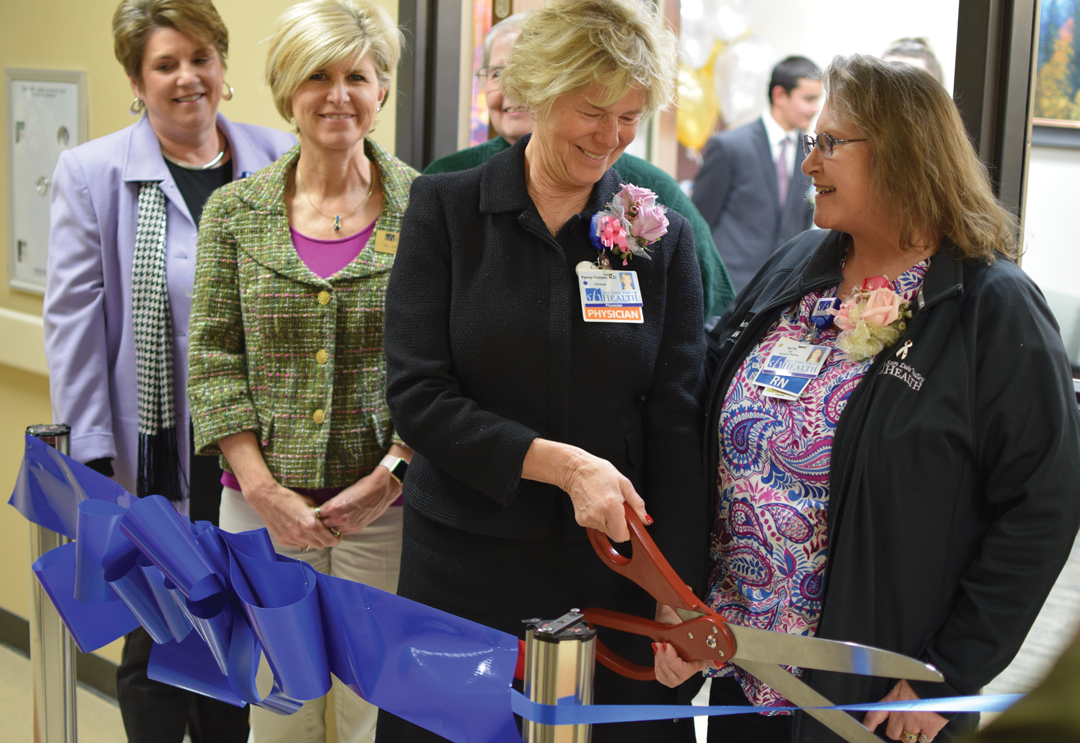 By moving the oncology department at Stuart Avenue to the hospital, the $2.8 million center does hematology and infusion as well all under one roof. Dr. Penny Cooper, who was hired as their first full-time oncologist in 2014, oversees the treatment. Last year SLV Health served 1,341 cancer patients.

The facility has infusion chairs equipped with tablets and televisions, a conference center, break room and space for friends and family to visit patients. Exam rooms are equipped with interactive displays to help patients visually understand their medical care. 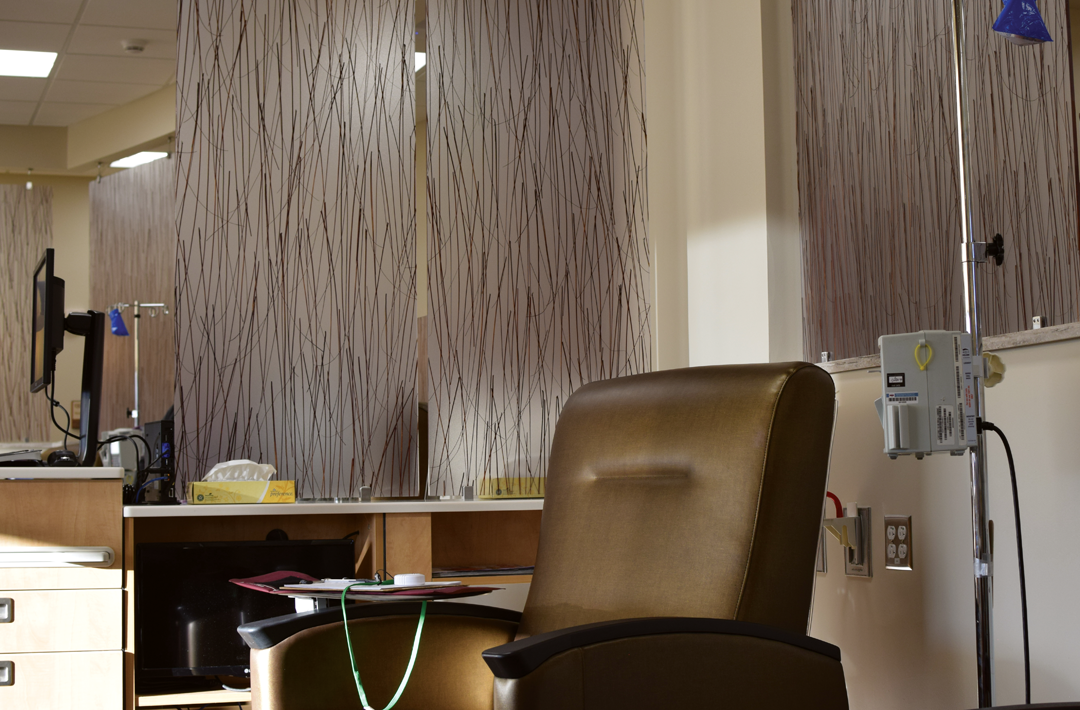 A new, state-of-the-art infusion chair sits in the center awaiting patients. Next to each is a chair for caregivers that was donated by the Holder family.

Kelly Gurule, director of the foundation, thanked the donors for making it possible.

"We truly are a community cancer center," she said. "All donations, big or small, we're needed to complete this center. People throughout the state say the Valley is one of the poorest areas in the state. I disagree. Look at what we did! Look at how blessed we are!"

She spoke of how kids made and sold cotton candy at SummerFest on the Rio, donating the proceeds to the foundation. Gurule also recognized the accomplishments of the Boys and Girls Club of the San Luis Valley for fundraising with an art show and Adams State University’s athletics.

Special thanks went to the Holder family, who raised over $9,000 for the center in memory of the late Larry Holder. Last year the family hosted a golf tournament that $16,000 for the foundation. Additionally, each treatment chair has a caregiver chair for moral support that was donated by the family.

"It came from the people of the San Luis Valley, so it was only fitting that we put that money back into this community," said Palmer. "I can't say how much it means to us that we were able to contribute to this worthwhile cause." 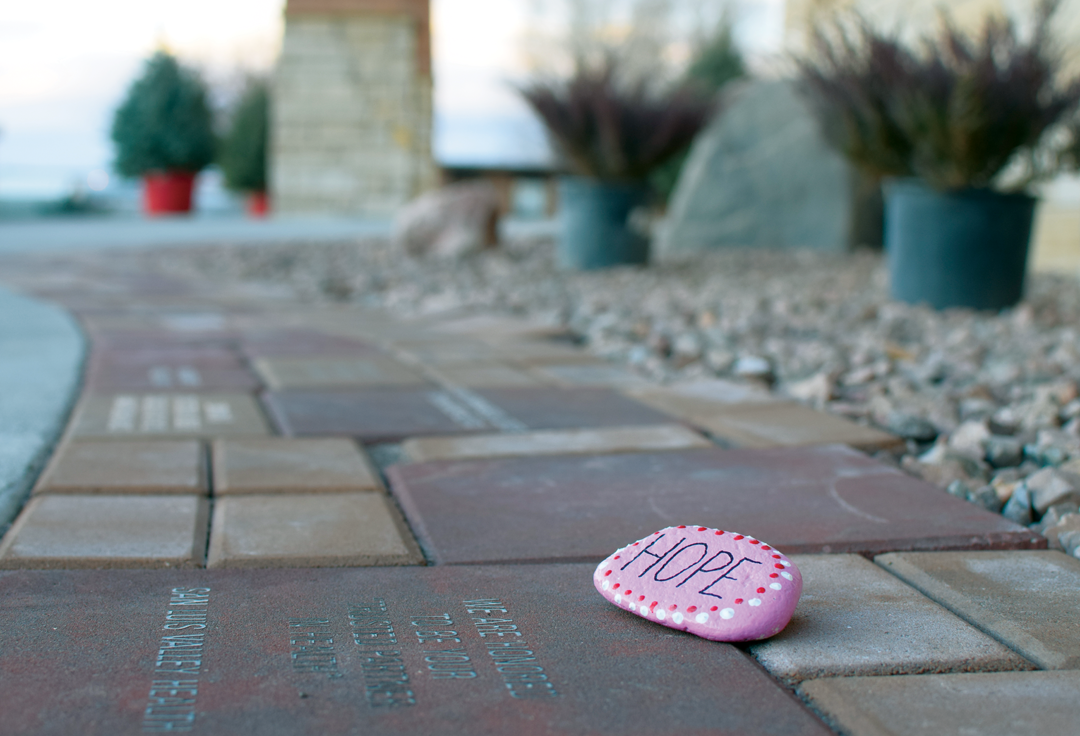 A painted pink rock sits on a path of engraved bricks that leads to the cancer center. Bricks can be purchased from the hospital and the visitors are encouraged to take the rocks to spread their message.

SLV Health CEO Konnie Martin closed the remarks by saying a blessing and thanking the hospital's board of trustees, leadership team and other individuals.

"To each and every one of you who made whatever kind of donation you could make, I hope you have a special kind of ownership and pride in what you see today," Martin said. "It is collectively ours. We as a community own San Luis Valley Health and we own this cancer center. It is an incredibly prideful moment."