Ryan Davis takes off on a keeper looking for real estate in Sargent's Friday Sept. 22 victory over the Norwood Mavericks

ALAMOSA— This Saturday the rivalry is renewed when the Farmers head east down 7 Mile to face Sangre de Cristo in a Southwest league contest between 1 win teams.

Sargent’s first win of the season has come at an opportune time as it was against formerly fourth ranked league rival Norwood in a 34-6 affair that catapulted Sargent to number nine in the rankings.

The Thunderbirds meanwhile took their win from Custer County on Homecoming 46-14 and are in the midst of a 2 game skid.

Prior to the Norwood game Sargent was averaging 300 yards a game and 17 points per game. A number they improved on when they faced the Mavericks boosting up to 387 yards and 34 points. 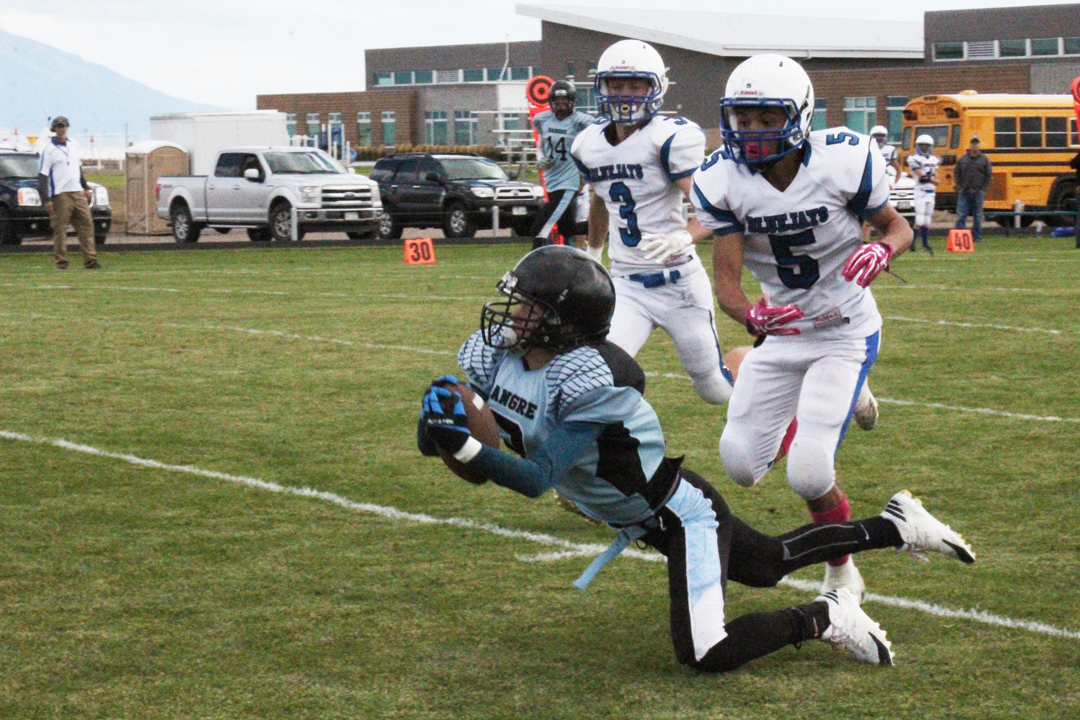 Manuel Lopez completes a 50 yard reception to put the Thunderbirds on the doorstep against the Mancos Bluejays on  Saturday Sept. 23.

Sangre de Cristo is working through their own issues as well putting up just below 11 points per game in the last four numbers they hope to improve on moving forward.

Offensively the Farmers will be looking to Ryan Davis who is completing just under half of his passes this year for 3 touchdowns and 440 yards. When Davis pulls it down he has gotten 336 yards at a 5.1-yard clip.
Trevor Milne leads the aerial attack and specializes in the running game with 422 all-purpose yards and 4 touchdowns.

The Border War is in its sixth year having been played since Sargent dropped down from 1A in 2011. Sargent currently holds the trophy and the advantage 4-1. The game also holds intrigue in the fact that the Farmers head Coach Trevan Pepper graduated from Sangre de Cristo. The next chapter is written Sept. 30 at 1 p.m.