VALLEY — A nationwide “Stop the Bleed” campaign has been started over the past couple years in an attempt to educate first responders and the general public on how to potentially save lives when the opportunity arises.

Inspired by the idea, SLV Health’s Trauma Committee along with Trauma Coordinator Julie Ramstetter decided to take matters into her own hands and chose to take advantage of the opportunity, purchase trauma packets, supply them, then distribute trauma packets and supplying knowledge to local police departments.

She has made great strides forward in making sure everyone is well educated and well equipped in our community. Gloves, tourniquets, QuickClot, and basic training were all given to departments across the valley to help them be better prepared to “Stop the Bleed”. 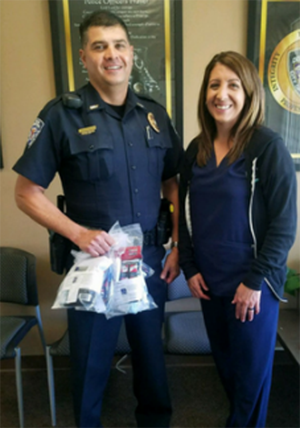 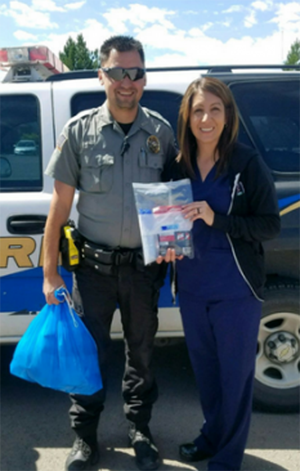