ALAMOSA — Military veterans working in the medical field shared their experiences during a special Veterans Day event hosted by SLV Health on Friday.

Their military experiences and their current medical careers varied, but what they all shared was pride and dedication in both forms of service.

The theme of the Friday event was “From Military to Healthcare Service.” While the five presenters spoke, photos and information was displayed on many of the other 25-plus employees at San Luis Valley Health who have either served or are serving in the military.

Dr. Miller said he appreciated his Navy training “to take care of anything” even in the middle of nowhere where the medical officer might have to handle whatever arises in primitive or remote conditions. That training prepared him to handle medical emergencies wherever he was, whether performing humanitarian work in Indonesia or Vietnam or working at SLV Health in Alamosa.

Song’s military training began with ROTC, and when he graduated as an officer he wanted to be a pilot, but his eyesight was not good enough. He still performed a vital function with air traffic control, however.

Song was also deployed to Afghanistan where his service earned him a medal.

When he got out of the service Song had a desire to continue doing something that gave him the same sense of satisfaction he had in the military, and after serving in emergency management he became involved in emergency medical services.

Song said much of his military training and background transferred into the EMS field, “much like a glove would fit on someone’s hand.” For example, the importance of functioning as a team and functioning with precision were just as important in emergency medical services as in the military.

He added he was glad to find something that offered the excitement and fervor he had experienced in the military.

“I am just glad I found an outlet for that again,” he said.

Dr. Hernandez, who served eight years in the Air Force, also transferred his military experience as a part of a team into the medical field. He said working with other people to accomplish a mission, whether in military or medical service, gave him a feeling of success.

“Team work is profoundly important,” Hernandez said. “Working with the people around you, accepting input, is critical.”

In cockpit resource management, everyone had the opportunity to give input about what was happening, he said, and he has used that approach in the operating room as well.

“I am relying on a team of people,” he said.

He credited the nurses for being his eyes and ears because they are dealing with his patients all the time, even when he is not there. “I have to have faith in them, relying on their judgment.”

He added, “I give a lot of credit to the nursing staff and what they do. They are critical to what we do.”

Everyone in the operating room is equally as crucial, he added.

“I try to make sure everybody on my team, everybody that’s helping me out, has the opportunity to give me input and feels comfortable with doing that,” he said.

“Teamwork is essential on an airplane … It’s equally essential in medicine.”

McDaniel, who joined the Navy in 1985, said he had heard family members and others who had served in the Vietnam era talk about how they were treated and how there was a cloud over the military at that time.

“It’s so awesome to see how that’s changed now,” he said.

Werner, a combat medic, entered the military two months before 9/11, and when he deployed to Iraq, he was one of the first in the country. During his second deployment to Iraq he was hit by a bomb. He recalled that he was in a Humvee ready to go out in the field when the bomb hit. He had positioned himself in the vehicle to be closer to the air conditioning, and that one decision saved his life.

“I just wanted to sit by the air conditioner, and it saved my life.”

As it was, he had to be flown out for treatment and operated on, with shrapnel removed from various parts of his body. He said he personally pulled out 30 pieces of shrapnel from his body as well.

He said that his service gave him the skill to work under pressure, and as others also said on Friday, it taught him teamwork. He said he was grateful for the skills he learned in the military.

He added, “I am very grateful for everybody’s support … This community has been awesome.”

The veterans present on Friday were recognized with applause and standing ovations. Two World War II veterans received special recognition, Sam Fasnacht who recently was awarded The National Order of The Legion of Honor in the rank of Knight from France, and WAC Dorothy Brandt, who lied about her age to enter the service in WWII at age 16. She is now 90. Brandt thanked the medical personnel like San Luis Valley Health Chief Medical Officer Dr. Gregory McAuliffe who had been her doctor for many years. She attributed her longevity to good professional health care here in the San Luis Valley.

McAuliffe said it was a pleasure to honor the veterans associated with SLV Health, and he encouraged everyone to remember all of the veterans around the country. 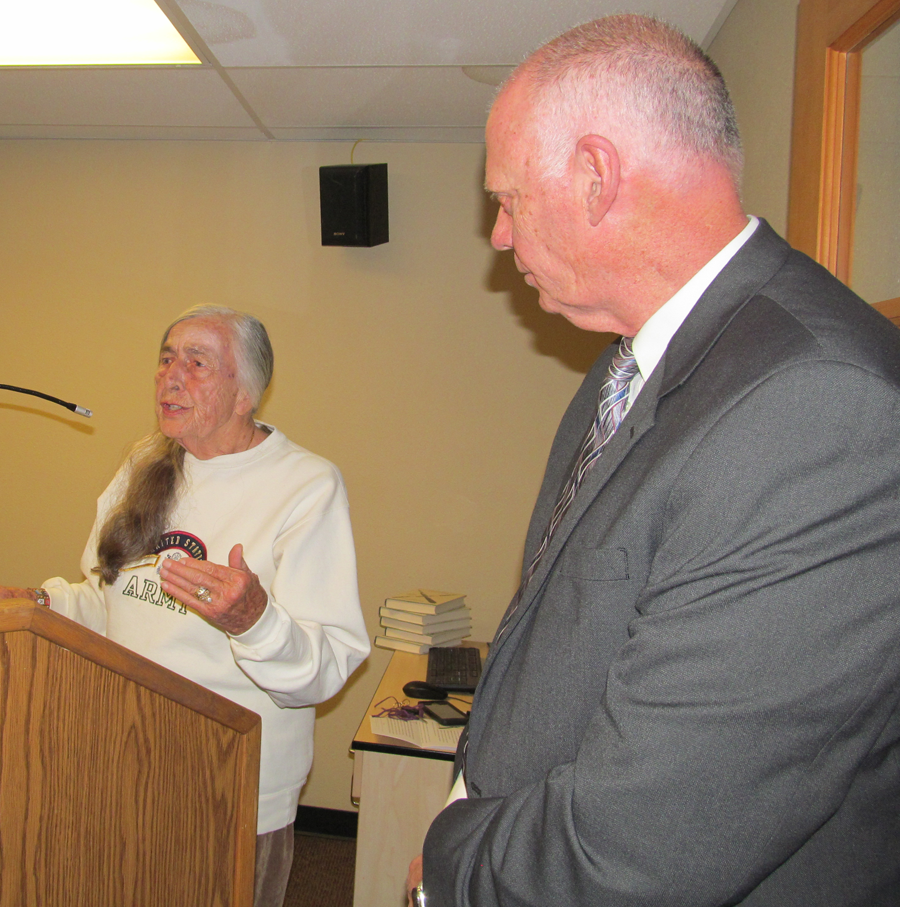 WW II veteran Dorothy Brandt thanks the medical staff, such as Dr. Gregory McAuliffe, right, for taking care of veterans like her. 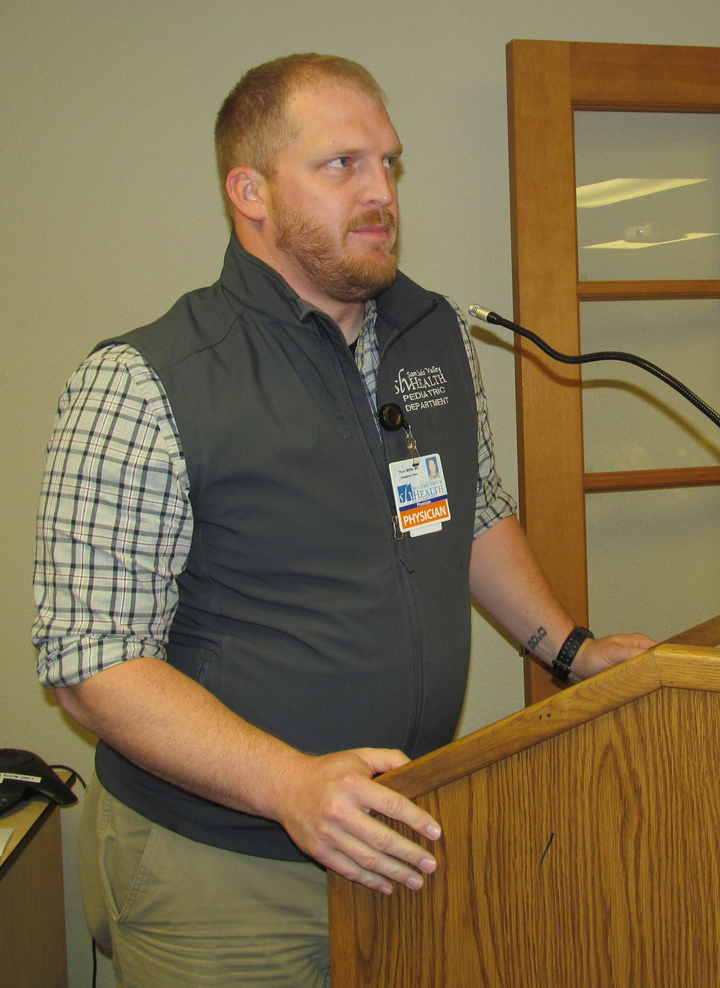 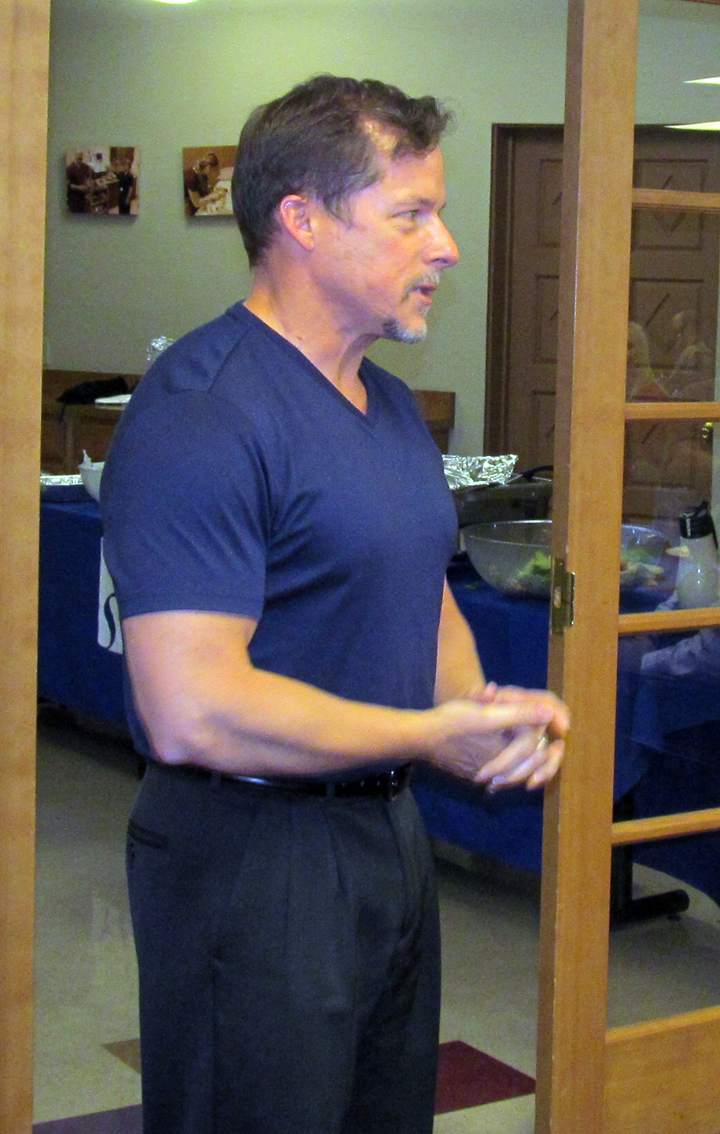 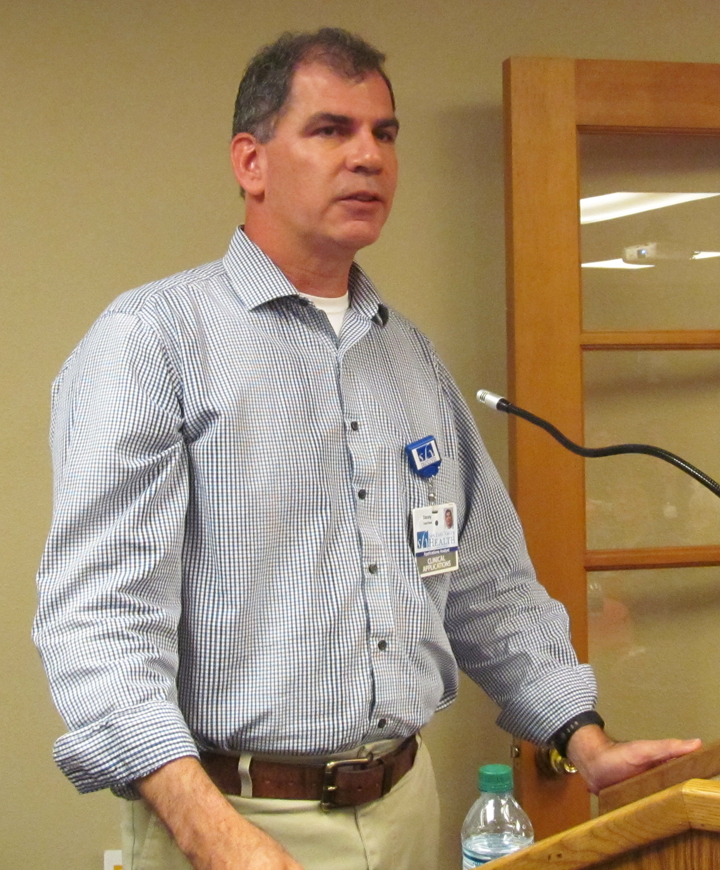 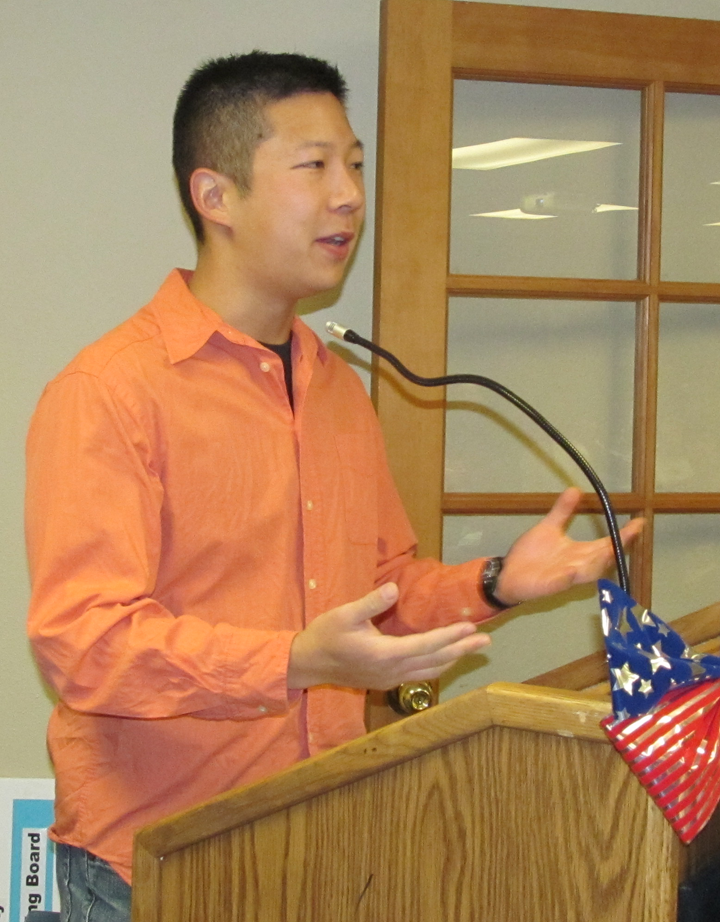 Air Force veteran Francis Song is a technician in the Emergency Department. 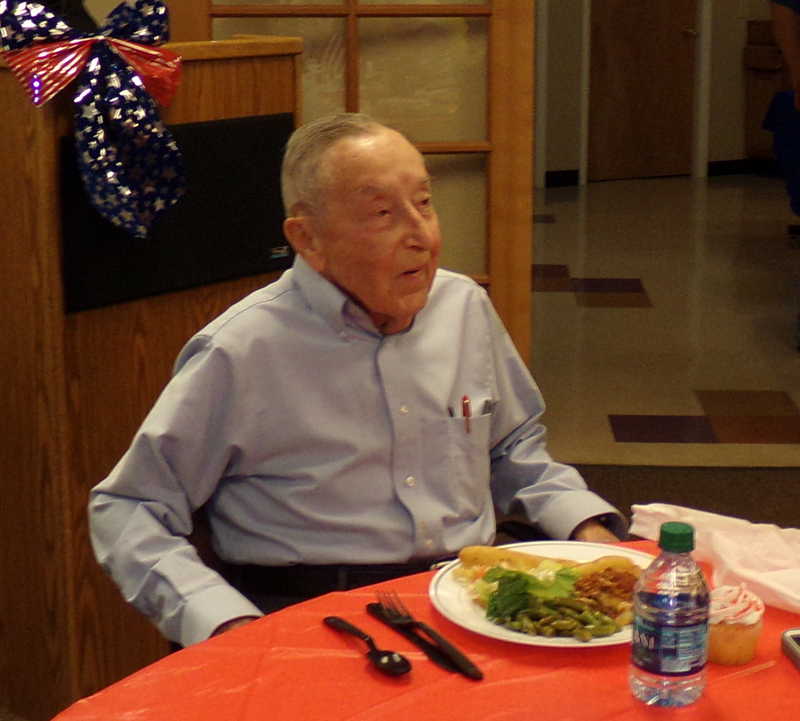