Game action begins with softball on Wednesday, June 7th at 2 p.m. with the week concluding with championships for boys basketball, girls basketball, and volleyball on Saturday, June 10th.

Something a little different about this year is that the wrestling match will be on Friday afternoon starting at 2 p.m. and right after that, the boys and girls basketball semifinal games will take place. The football game is set to start at 7:30 p.m. to wrap up the Friday action.

Tickets are available to fans at an individual rate of $10.

The CHSCA All-State Games will feature 19 student-athletes from the San Luis Valley (SLV) and one coach.

Three-time state wrestling champion Isaiah DeLaCerda from Alamosa will open up the action for the San Luis Valley as he will wrestle at 113 pounds. DeLaCerda, who also was a three-time state cross country champion and had a storied track and field history that included three straight 4x800 meter championships, was in the state title match all four years of his high school career. The son of Ronda and Peter DeLaCerda was coached by Gary Ramstetter. He will be attending college in the fall.

On the boys’ side, four will be represented all from four different schools.

Also representing the SLV will be Mean Moose Head Coach Brandon Brubacher, who will be a coach for the Blue Team.

Johnson, the son of Jeff Johnson and Stacey Plane, plans on attending Colorado Mesa University and has been named All-State honorable mention in football.

Venzor, the son of Liz and Jorge Venzor was named an All-State honorable mention player for the Center Vikings.

Lucero, the son of Matt Lucero and Kim Archuleta, recently played in the first ever Six-Man All-State game and was an all-conference player as he participated in four sports his senior year.

Ryan Brubacher, the son of Tiffany and Brandon Brubacher, was named the Intermountain League Player of the Year an impressive three times.

Brandon Brubacher has 15 years of coaching experience and has been named the Intermountain League coach of the year three times. As a head coach, including stints at Sangre de Cristo, Brubacher has made five appearances into the Elite Eight including a second place finish in 2016.

Chacon, the daughter of David and Mary Chacon, will be attending Adams State University in the fall and was a two-time Intermountain League all-conference performer for the Pirates.

Jones, the daughter of Mark and Jody Jones, will attend Fort Lewis in the fall and was named the 2015-16 Southern Peaks League MVP.

Sanchez, the son of Monica & Glen DeHerrera will look to become a cardiothoracic surgeon. She was an All-Conference member for the SPL.

Lester, the daughter of Don Wenta and Tonya Metz, will be attending Rocky Mountain College in the fall. She was named the Southern Peaks League Player of the Year.

On Friday night, two Farmers, who also represented the San Luis Valley at the 8-Man All-State Football game in Sterling last weekend, will be on the gridiron in Rex Stadium. Sargent’s Esteban Aguilera and Justin Hasci will both be playing for the South Team.

Aguilera, the son of Maria and Ubaldo Aguilera, will be attending UC-Colorado Springs.

Hasci will make Rex Stadium a permanent home as he signed a National Letter of Intent earlier this academic year to continue his playing career for the Grizzlies. The son of Jeff and Rhyan Hasci, Justin was named the All-Valley Football Player of the Year twice and was an All-State performer.

Action starts bright and early on Saturday in Cole Park as the cross country races are set to start at 9 a.m.

Only one girl will be representing as Alamosa’s Isabelle ter Kuile will run. Ter Kuile, the daughter of Nutschka ter Kuile, was a member of Alamosa High School’s state championship team in 2014, a year that Alamosa won both boys’ and girls’ titles.

On the boys’ side, four Mean Moose runners will run as Oscar Martinez, Caleb Berlinger, Caleb Palmer and Miguel Baltzar will cap off their prep careers just like they started, running in Cole Park in June. All four were members of Alamosa’s 3-time cross country championship run.

Berlinger, the son of Nick and Alicia Berlinger, plans on attending West Texas A&M and run cross country and track.

Martinez, the son of Erika Martinez, will be attending Adams State University in the fall and he really made an impact in track and field. He was a member of Alamosa’s three straight 4x800 meter titles and this past season he won the individual 800 meter title in 1:55.

Baltazar, the son of Nicolas Mateo and Eulalia Diego, will attend Trinidad State Junior College in the fall and has been an All-State cross country selection.

Palmer, the son of Kip and Lucy Palmer, will be going on an LDS mission before attending college. He was a three-time All-State runner in cross country.

Last but certainly not least, are the volleyball players. Three have been selected to play and they all will be playing on the White Team. The players are, Alamosa’s Shannon Cody, Sierra Grande’s Antoinette Archuleta and Del Norte’s Devin Dallas.

Cody, the Alamosa High School salutatorian, is the daughter of Shawn and Marsha Cody. She will be attending the University of Kansas in the fall after she has been named an All-State member in volleyball.

Archuleta, the daughter of Thomas Archuleta and Stephanie Trujillo, will attend Adams State University in the fall and was an All-State performer.

Dallas, is the daughter of Dan and Kathrine Dallas. She will play college volleyball after she was named the 2016 Southern Peaks League Volleyball MVP. 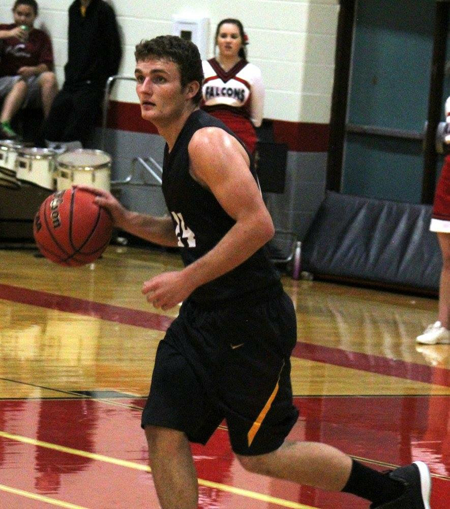 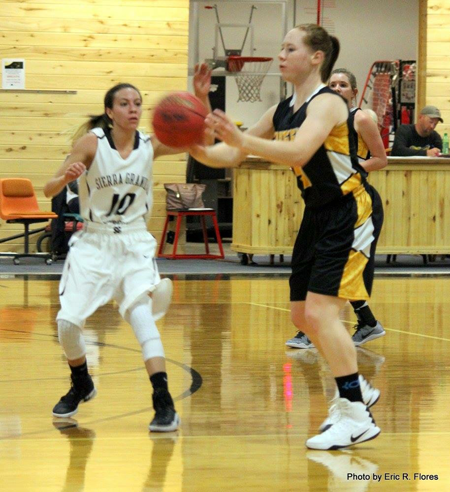