The Parras, Kendra and Carlos combine for 56 points in a big night for Del Norte.

Carlos Parra hangs on the ball to close the game against Sierra Grande on Tueaday night in a 71-58 win. Parra posted 21 of his 30 points from the three-point line.

DEL NORTE — Tuesday night Del Norte welcomed Sierra Grande for the Tigers’ first home games of the season and both the girls and the boys defended home court earning two clear victories. In their last action the Sierra Grande girls fell to Custer County by a razors edge in a 60-59 game.

Del Norte was in La Junta for the Holiday Shootout. Del Norte defeated the host Tigers 54-29 to set up a rematch with Centauri. Del Norte fell short in a 50-39 game and closed the tournament with a 40-37 loss to Swink to take fourth place.

Tuesday night the varsity games were delayed about a half an hour when the boy’s junior varsity game went into double overtime, a thrilling affair that the visiting Panthers took 44-35.

Both girl's varsity teams came into the game with something of a chip on their shoulder each coming off a loss. The first half was a testament to the effort and the skill each team brought to the table with a tight 28-27 game in Sierra Grande’s favor. 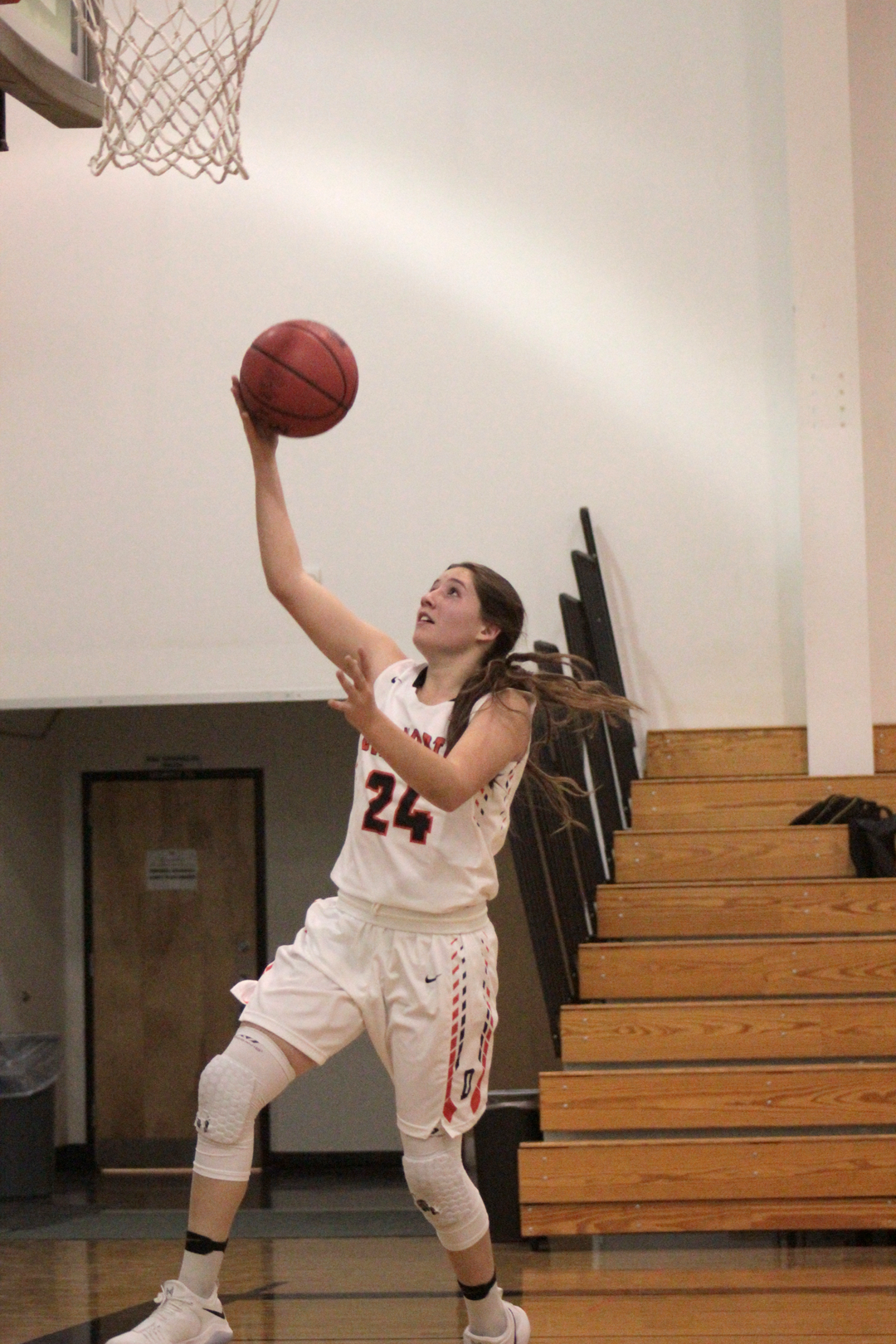 Kendra Parra drives to the hoop after a nifty steal adding 26 points to Del Norte's 59-43 win.

Sierra Grande let go of the wheel for a moment and lost control of the game mustering 4 points in the third and trailing to a 59-43 finish. Sierra Grande’s Abby Corona entered Tuesday’s game averaging 16.6 points per game, Corona stuck close to her average and posted 15, hitting on 5 of her 12 shots and going 2 of 5 from the three-point line.

Nina Vigil and Brooke Paine each pulled down 4 rebounds tying for the team lead. Vigil also collected 7 assists and 11 points.

For the Tigers it was Kendra Parra who led the team contributing 26 points to the Tigers winning effort. Parra was followed by Lacie Jones with 12 points.

Last we saw of the boys Del Norte was also in La Junta. The boys faced the eventual champion La Junta Tigers in the first round and suffered a 47-36 defeat. But Del Norte kept fighting and knocked off Fowler and Lamar to take 5th in the tournament.

When the Sierra Grande's boys met Custer County they routed them to the tune of 81-38.  When the boys took the court the most noticeable match up was Arthur Rodriguez and Carlos Parra, each boy towering at over 6 feet. 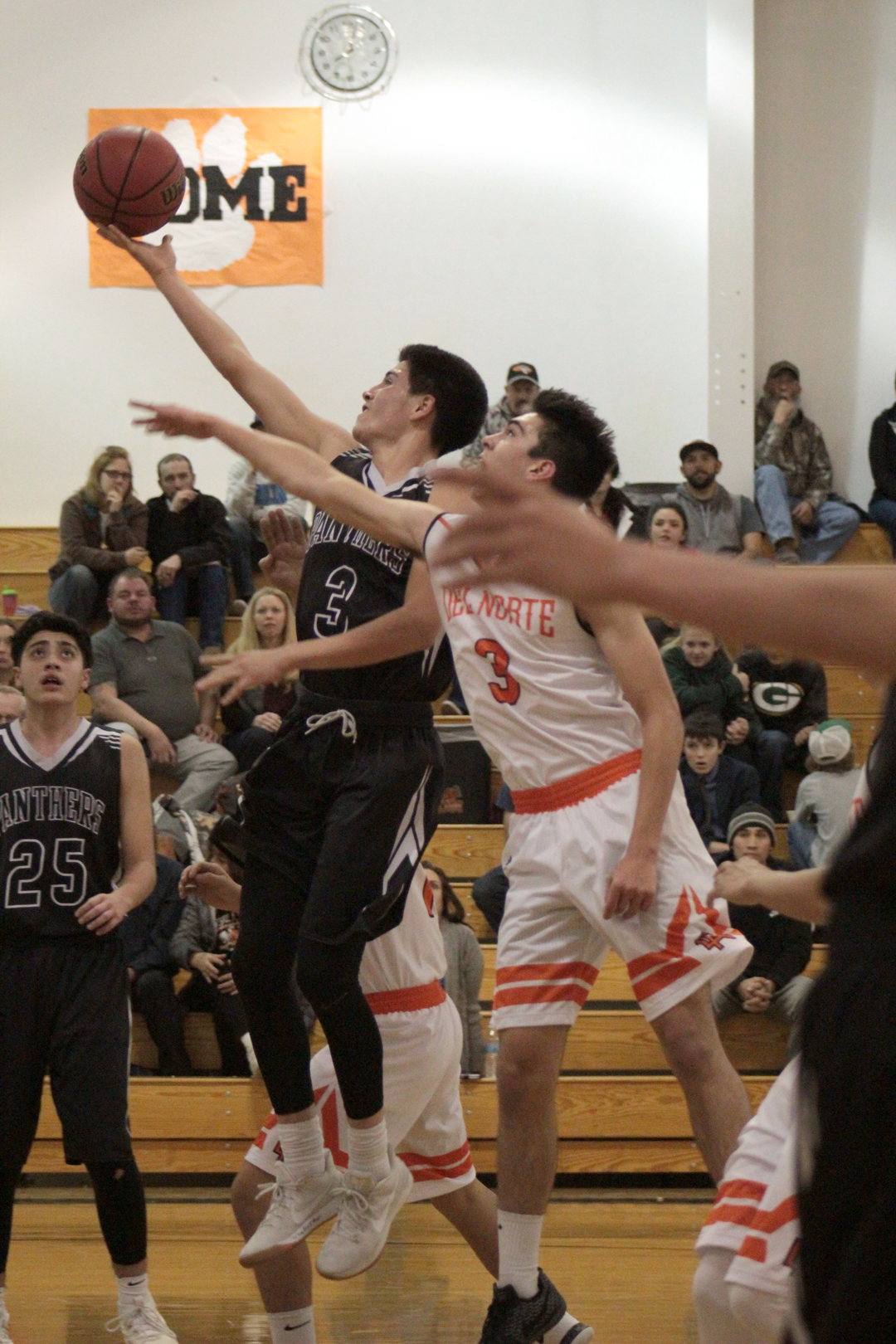 The two teams went shot for shot throughout the game. Del Norte getting the better of each quarter. In the first it was a 7-point lead. By the half the host Tigers and grown that lead into a 32-24 game. Del Norte’s Parra took the majority of the attempts from beyond the arc hitting on 3 of 8 in the first half.

Del Norte continued to outrun Sierra Grande taking over for a 71-58 final. Sierra Grande’s Rodriguez had a very productive game tacking on 36 points and 6 rebounds leading the Panthers in both categories. Carlos Parra also had a strong showing adding 30 points to his season total of 211, 21 of those points coming of three-pointers. Kade Glover followed Parra in scoring with 21 points, sniping for a 72 percent clip from the field.