“4-H has made me the leader and person I am today, and being able to compete on a team with three other talented 4-Hers and win was amazing,” said Hoffner, 16.  “I am so excited to be going to nationals again, and can’t wait for the many more opportunities that the 4-H program has in store.”

Hoffner and her teammates, Caleb Lindahl, Emily Rhea, and Tabitha Lindahl, also took home second place for team group process in the competition, and received awards for their individual performances. Hoffner was the third place individual overall, and also took home third place in individual reasons and fourth place in individual placing. In the placing events individuals had to take a situation and then rank products with those standards in mind. In the reasons event, they had to verbally present their placings and reasoning for them to a judge.

“This event is really a test of these teens’ reasoning, critical thinking, and public speaking skills,” said Amy Henschen, the Colorado State University 4-H Youth Development Agent for the Valley. “Kristine has all these skills in abundance, so it was great to see all of the hard work that she put in pay off with this win. I’m sure her team will go on to represent the state with tenacity at nationals.”

The San Luis Valley sent a six-member youth delegation to the 4-H State Conference, which serves as a learning, competition, and leadership development opportunity for youth from all over the state.  The event featured workshops, entertainment, and twelve state contests. Valley 4-Her Mason Torr, of Saguache County, served on the state officer team that planned the event.

Aside from her big win, Hoffner was also inducted as the new district 4-H president at the event. In this role, she’ll be representing the San Luis Valley on the State 4-H Officer Team, and helping plan youth leadership camps for Colorado 4-Hers.

For more information on the 4-H youth development program, visit the San Luis Valley website at http://sanluisvalley.colostate.edu, call 719-852-7381 or email [email protected] 4-H is a cooperative effort between Colorado State University Extension and Alamosa, Conejos, Costilla, Mineral, Rio Grande and Saguache counties. Extension programs are available to all without discrimination. 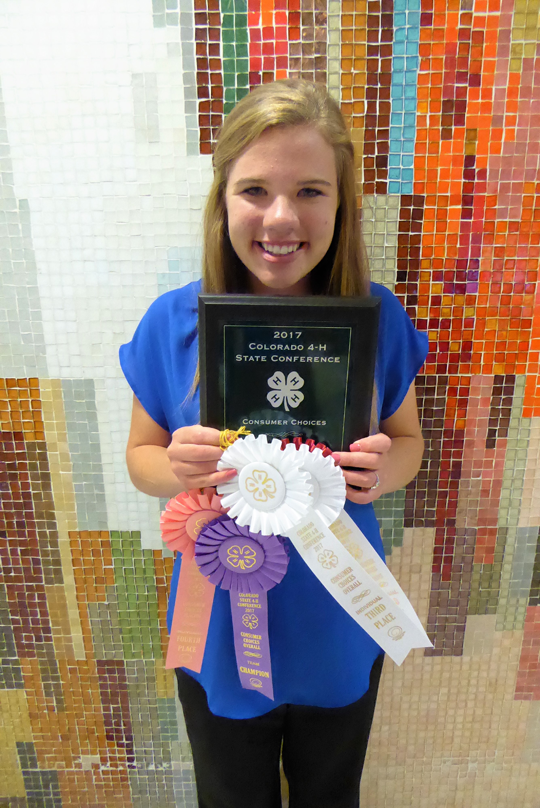 Kristine Hoffner holds up all of her team and individual awards from the Consumer Choices contest. 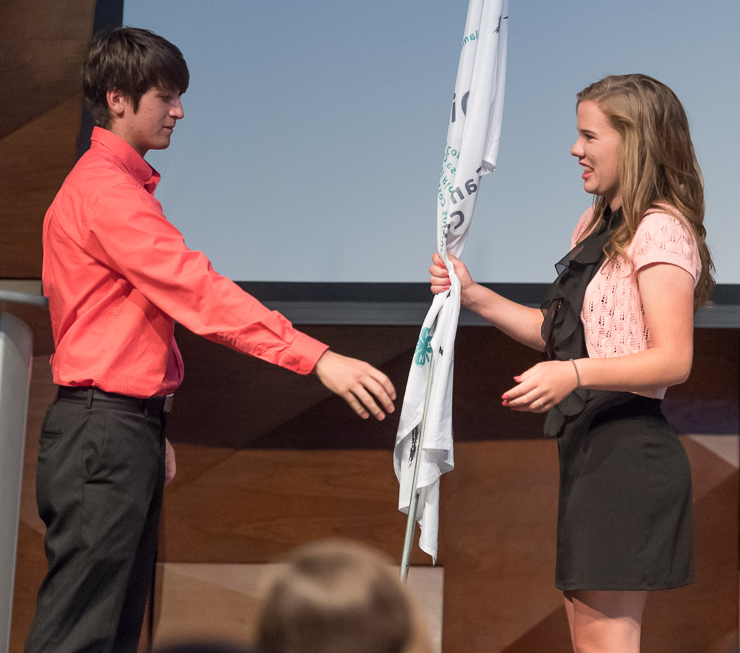