WOLF CREEK — It’s a busy Spring Break week at Wolf Creek Ski Area. Eight chairlifts are busily spinning full of skiers from Texas, Oklahoma, New Mexico and Colorado. The anomaly is the source of power that makes the ski area tick along — the sun!

The entire operation, lifts and buildings, came on line with the Penitente Solar Project in November 2017 and will continue for many years into the future. The expected operational lifetime of the project is more than 25 years.

Wolf Creek Ski Area has been a leader in the ski industry of sustainable business practices for the past 11 years. Since 2006, Wolf Creek has purchased 100 percent of its winter and summer use with wind offsets.

Davey Pitcher, CEO and Wolf Creek’s area manager, in cooperation with Loren Howard, president of the San Luis Valley Rural Electric Cooperative, SLVREC, met and discussed the possibility of a Solar Farm in the San Luis Valley. The Penitente Solar Project came into realization when SLVREC purchased 25 acres of land and then negotiated a long-term power purchase agreement with Renewable Energy Systems, RES. RES, one of the top renewable energy companies in North America, constructed, and now operates and maintains the distribution of the solar photovoltaic system in south central Colorado.

The site was chosen for its sunny, unobstructed location less than a half of a mile to the existing La Garita Substation. This substation provides direct power to Wolf Creek Ski Area, the largest consumer of power in the San Luis Valley in the fall and winter months; with both night and day use.

The land that was purchased is 25 acres of arid land located in the center corners of a pivotal irrigation system in Saguache County. Penitente Solar is a 2.75 AC megawatt ground-mounted solar project equipped with a single-axis tracking system. SLVREC, the second oldest cooperative in Colorado, purchases the output from RES to serve customers residing in Saguache, Rio Grande, Costilla, Alamosa, Conejos, Mineral and Hinsdale counties.

The Penitente Solar Project provides SLVREC members access to renewable energy, which is locally generated and cost effective. The name of the project is sourced from the Penitente Canyon, a small canyon on Bureau of Land Management (BLM) lands. The area is primarily a sport climbing destination. The canyon got its name from Los Hermanos Penitentes, a Spanish religious “secret” sect that favored Pentinente Canyon for its solitude in the 1880’s. 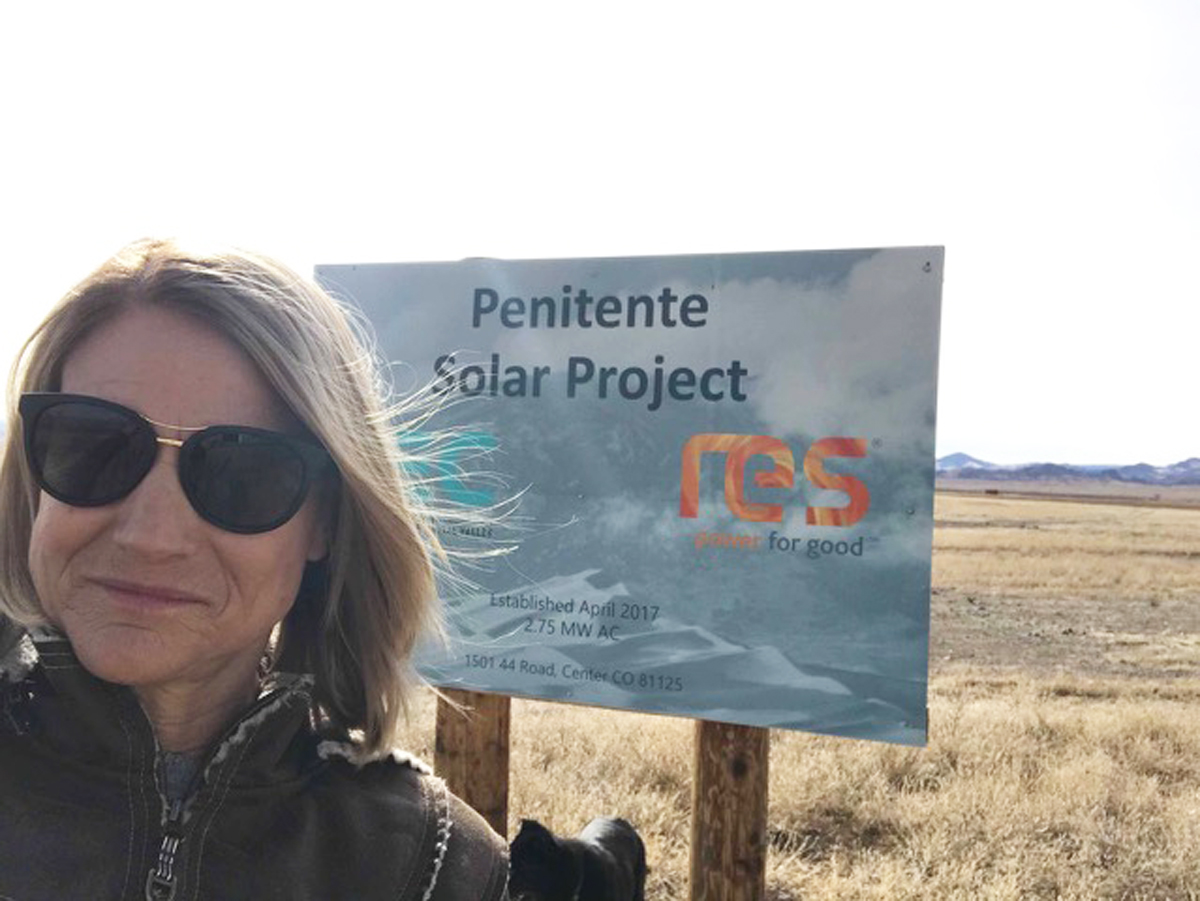 The solar panels articulate following the path of the sun; the entire operation is automated refining optimal positioning for the most effective solar gain. At the site the only sound is a hum, which comes from a huge power converter that turns the DC power into AC. The annual output of the solar plant is approximately 7,000 kilowatt hours of which Wolf Creek uses about 1,000 kilowatt hours per year.

Wolf Creek Ski Area is proud to be working with the San Luis Valley Rural Electric Cooperative and strives to implement sustainable business practices in all facets of ski area operations.

This week Wolf Creek Ski Area is 100 percent operational with all lifts running - all powered by the sun.