ALAMOSA — Adams State is proud of the diversity of its student body, which encompasses students of various ages and origins. The five graduates profiled below show there is more than one path to college success.

Adams State University will award 314 undergraduate degrees at Spring 2017 Commencement, which begins at 10 a.m. on Saturday, May 13, in Plachy Hall Gym on the Adams State campus. The commencement address will be given by Dr. Donna Lynne, Colorado Lieutenant Governor and Chief Operating Officer. The Graduate Commencement Ceremony, for students receiving their master’s degrees, begins at 1:30 p.m. in Plachy Hall, with 447 degrees to be awarded.

High school student gets ahead

Alamosa High School senior Wyanet Bresnitz will shortly become an Adams State University junior. She will receive her Associate of Science degree May 13, giving her junior class standing. Two weeks later, she will graduate with her high school class.

Bresnitz studied at Adams State concurrent with attending high school. She’ll be a cellular and molecular biology major at the university this fall.

“I love it. I like my professors. They’ve helped a lot,” she said.

“My mother is my role model, and it’s been good to be exposed to the life of a doctor,” Wyanet said. “I still wasn’t sure if that was what I wanted to do, but when I took anatomy and physiology, it just clicked for me.”

She is interested in specializing in surgery or dermatology.

Jacqueline Martinez is a mother who was inspired by her daughter, Sylvia Vigil. Like Wyanet Bresnitz, Vigil earned concurrent college credit during high school and is completing her ASU degree in political science with a minor in English in just three years. She plans to enroll this fall in Adams State’s Master of Arts in Humanities, emphasis in Public Administration program.

“Sylvia’s success in college while in high school inspired me to work towards my master’s degree,” said Martinez.

They both enrolled at Adams State in the fall of 2014. Martinez, who earned a bachelor’s in business administration from ASU in 1994, is completing a Master of Arts in Higher Education Administration and Leadership (HEAL). Now a program assistant in the Records Office, Martinez has worked at Adams State for 23 years. In her graduate coursework, she focused on ways to support first generation and low-income students.

ASU a home away from home

Among the international students graduating this spring are Soh Koon Ng, of Malaysia, and Juvet Berinyuy Fola, of Cameroon. Both fluent in five languages, they have been made to feel welcome at Adams State.

Ng began her Adams State degree at a distance from Singapore, where she lived for 10 years and worked as hospital translator. She wanted to spend her last year of college in the U.S. and is now earning her degree in Interdisciplinary Studies – sociology/social welfare. Having interned at Tu Casa, she hopes to do social work with Asian populations.

Fola transferred into Adams State to complete his Bachelor of Science in Nursing. With his wife and two daughters, he plans to relocate to Canada to attend law school. His goal is to specialize in medical malpractice.

Those unable to physically attend the commencement ceremony can stream the program live on their computer at adams.edu/live/. 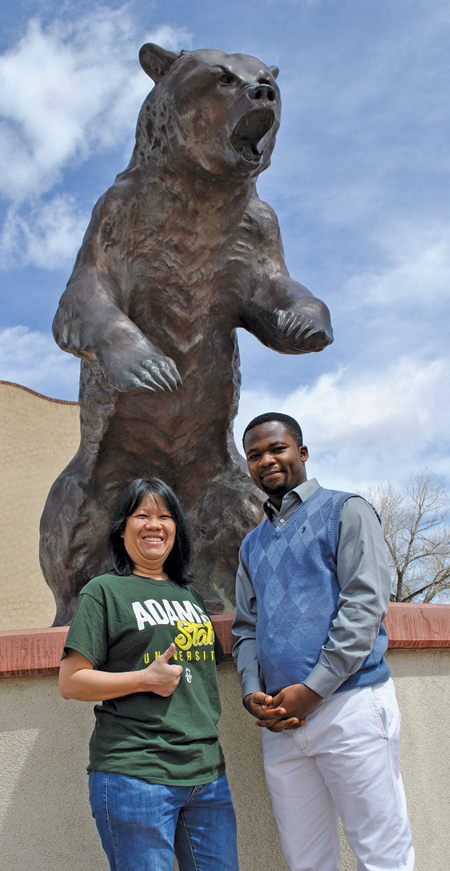 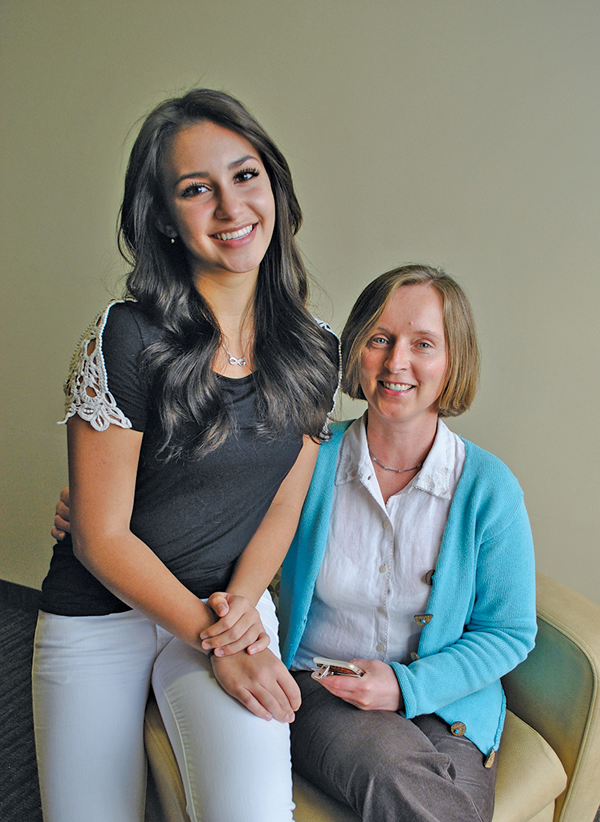