ALAMOSA — Colorado, California, ceramics and painting combined to form a unique arts exhibition in Paris, France this winter. There, Alamosa-based artist Jasmine Little showed a multitude of works from an eight-week residency she spent in Versailles. Now back in the states, Little is glad for some respite.

"I'm just excited to be back in the Valley and working here at my studio," she said.

As the daughter of a Navy sailor Little, 33, grew up throughout the country but went to high school in the deserts of Joshua Tree, California. The proximity to large metropolitan areas like Los Angeles and Las Vegas exposed Little to a diverse culture and she became interested in painting while attending Joshua Tree's Copper Mountain College for her associate's degree.

"I think painting is very democratic and accessible because everyone does it when they're children," said Little. "Everybody draws. I like that it's not that difficult to acquire the materials to make a painting. It is kind of the most universal."

Little hasn't found inspiration in the classic painters. Instead, she has been inspired by fellow Joshua Tree artist Noah Purifoy. The assemblage sculptor, who passed away in 2004, co-founded the Watts Towers Art Center and is known for his outdoor work.

"I like the people who sort of reject the establishment in the art world geographically," said Little. "It's a way of having a different sort of voice, too, and to be coming from a different sort of place. I'm interested in people not participating in the same way as everybody else."

Yet, ironically Little prefers tradition and constraint when it comes to painting. She dismisses computer-assisted and manipulated work and focuses on the brush and the canvas.

"It's like a stick with hair on it that you dip in some oils and make something out of it. It's very basic, but the square or a rectangle limits down a bunch of things, which makes it open up more space for creativity. I enjoy the confinement of the parameters."

After getting her Bachelor of Fine Arts at University of California, Los Angeles under the tutelage of Roger Herman, Little moved to the San Luis Valley to reconnect with her family that has lived in the area for three generations. Her great-grandfather was a migrant potato inspector that lived in Del Norte, her grandfather was a Presbyterian minister in Monte Vista and her father eventually settled in the region. 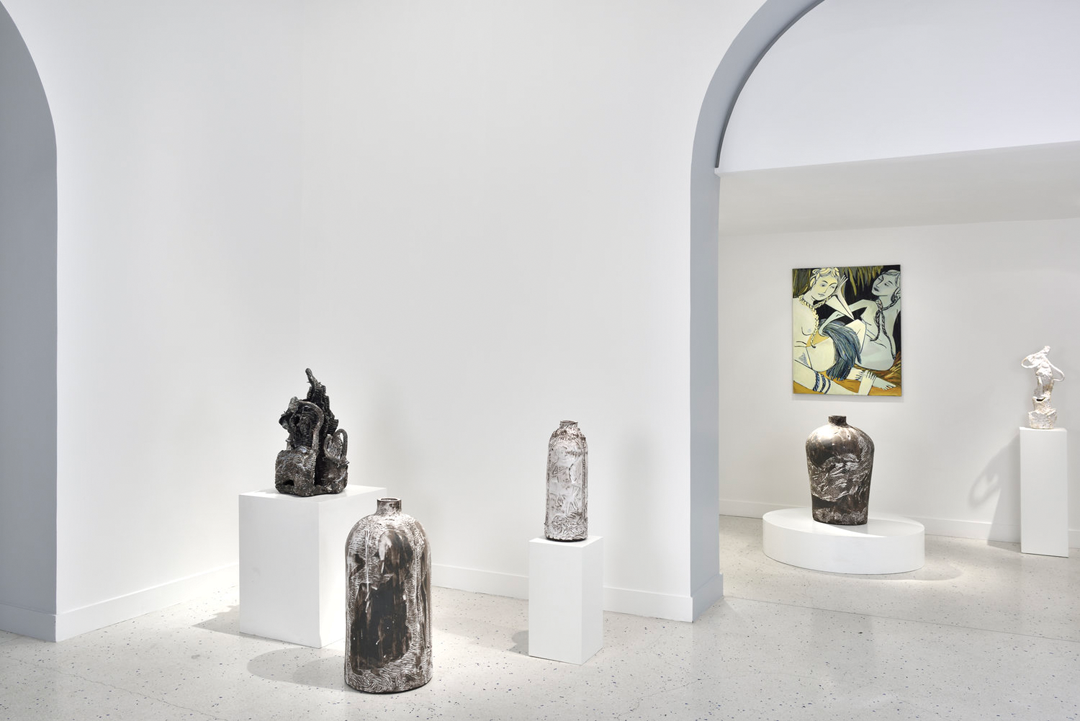 Little waitressed to support herself and husband Matthew Harris through graduate school at Adams State University. There she was introduced to ceramics, becoming engrossed in broadening her knowledge about clay, glazes and firing in kilns along expanding her technique.

She thinks of herself as a figure painter first, but having access to a different medium's toolset allows Little to get through creative blocks via experimentation.

"I think of painting as a really long-term relationship," said Little. "You think you're going to paint forever and sometimes you're in low plateaus and I was having a hard time getting directly back into painting because the human form is very clichéd in a way."

Switching from two dimensions to three and painting based on still life ceramic models got her back in her flow. "It feels very different than if you're painting from a person." By the time she graduated with her master's degree in 2015 she had a commissioned piece in renovated Richardson Hall and made another one for the university's east campus the following year through Colorado Creative Industries.

But it was Little's connection to the Los Angeles arts scene instead of Colorado as to why Louis Lefebvre reached out to her. The ceramic antiquities dealer and gallery owner saw her contemporary styles when the two were in the city about 18 months ago and thought she'd be a good fit for his invite-only residency. Little was nervous but had ample time to prepare for her first solo international show.

The Versailles mansion where she lived, which used to be the music chamber of King Louis XVI's sister Elisabeth, and the rest of the extravagant palace grounds with manicured landscaping were a source of inspiration. Using the established ceramic facilities and her newly set up painting area, Little created three paintings and roughly 10 watercolors and 20 ceramics. Each piece is tied to the nearby historical garden fountains and a mythological theme of fertility. She even used the layout and architecture of the gallery in Paris to shape her work and matched her stoneware with the gallery's cellar. 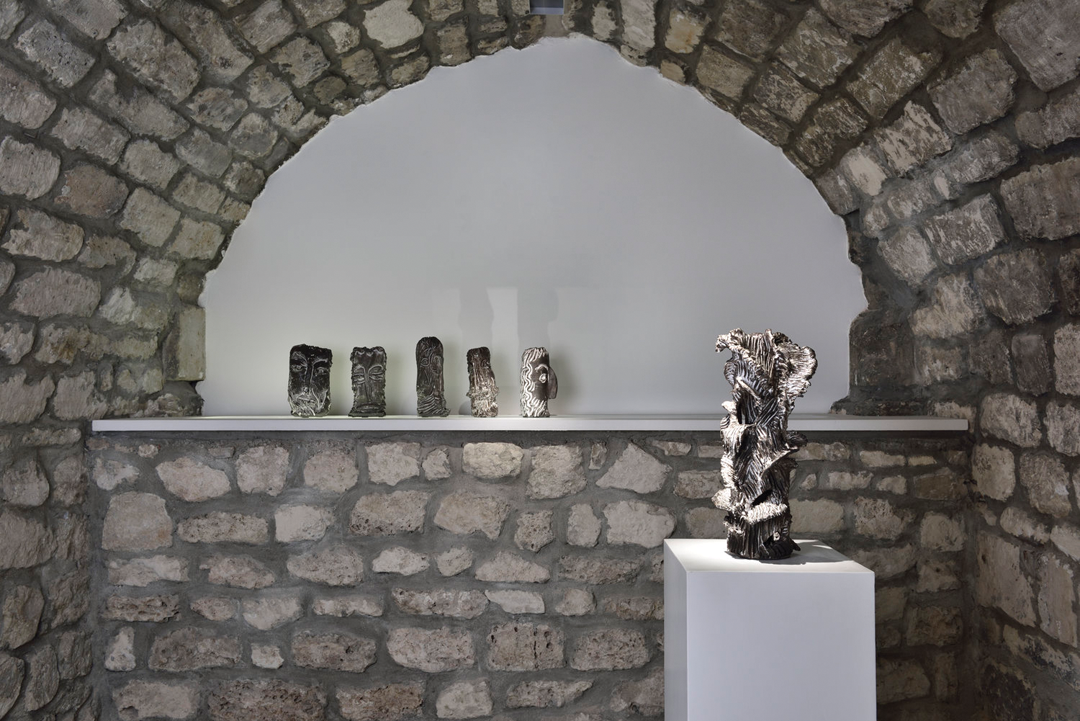 "There's this really rich existing narrative to pull from to sort of say something more current," said Little. "I'm interested in women and their role in society and fountains and water represent life."

However, she doesn't want gallery-goers to know what she thinks it means or have her word be the final interpretation. "I'm interested in the idea of people's reactions to my work and I wanted to have a lot of different reads and a layered experience," said Little. "You can relate to all of these different symbolic aspects of a painting and build your own narrative."

What Little does want people to know is that Colorado Creative Industries assisted her again with a Career Advancement Award grant when she was overseas. The money helped her have financial stability since she took two months off from being a real estate appraiser.

"I want people to know that there are artistic opportunities, even in really small rural areas, to get support."

Little's exhibition "Fountain" at Galerie Lefebvre & Fils closes on Feb. 10. Soon other works by her will be shown alongside two other artists at Denver's Gildar Gallery starting on March 1.