ALAMOSA — Fresh faces will welcome freshmen at Alamosa School District this year. Alamosa High School recently hired Bruce Hatch as the new associate principal and athletic director, along with Drew Cleveland as another new associate principal, and the whole district will be home to Dana Knauer, the new school resource officer.

Hatch, 40, grew up in Bloomfield, New Mexico outside of Farmington. For the past 16 years he has been a coach, teacher, guidance counselor and administrator at Bloomfield High School—the same school Hatch played football for when he was younger.

"I was better at football than I was at other sports," said Hatch, laughing. "I would like to be a much better basketball player; however I'm not." 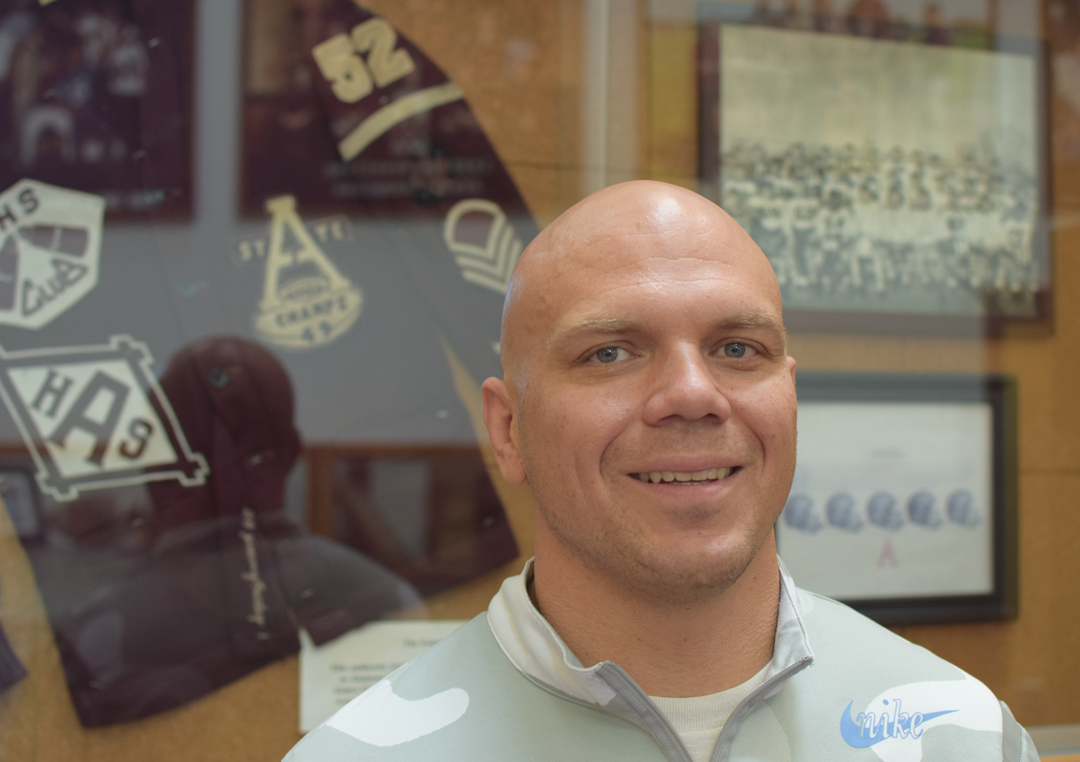 He knew he wanted to coach but first had to become a teacher to do so. Along with playing football at Eastern New Mexico University in Portales, Hatch earned a degree in educational psychology and a minor in history. It may seem like an odd combination but Hatch is passionate about the subject because in history "the answers never change."

"I'm just one of those people that sits there and watches the History Channel for hours. It doesn't matter what's on it, I'm enthralled by it."

Though a New Mexico native, Hatch has briefly lived in Alamosa before. In 2006 he graduated from Adams State University with a master's degree in counseling. The high-quality program, along with the fact that he could take classes in the summer, lured him to Adams.

"Back then online stuff wasn't what it is today so being a coach and trying to go to classes just wasn't going to work."

Since he's only been on the job for two weeks and school has yet to begin, Hatch has focused more on being an athletic director than an associate principal. He's been coordinating with coaches and other athletic directors so the sports seasons can start smoothly. The home men's golf game on Friday is what Hatch is looking forward to the most.

"That gets things going and after that I'm looking forward to going to as many events as I could possibly go to between all of the different sports and activities we have here in Alamosa."

Hatch will be glad to spend time with his family once his wife, an eighth-grade science teacher, and his 7- and 4-year-old daughters move up after selling the house. He enjoys being a director more than a coach for precisely that reason.

"It's fun and it's a way to stay in athletics without the daily grind of everyday coaching. With two young daughters everyday coaching wasn't really the most conducive thing, though they do love going to games."

So far Hatch is enjoying his transition into the community instead of experiencing it as a student. It reminds him of Bloomfield, though it was "a little hotter there than it is here."

"Whenever you can do stuff you like to do, it's not real work," said Hatch. "I enjoy being around young people and helping young people, both in the classroom and out on the field. Education is just the perfect avenue to do all of those things." 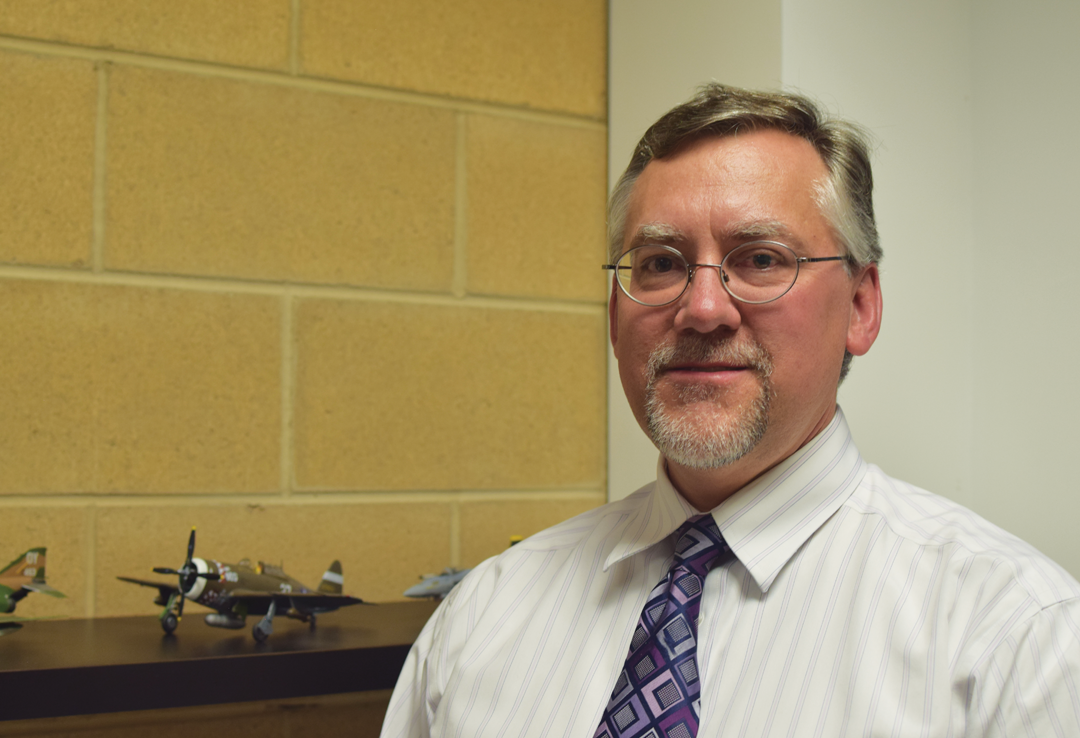 "He knew everything," said Cleveland. "He had activities where we role-played different events in history and characters, writing about them, drawing political cartoons, and things like that really sparked my interest."

Rather than just limit himself to the past, Shaw also taught current events. "It was the 1980s during the Cold War and we were still afraid of the Soviet Union. He got me interested in world events."

During college Cleveland worked with high school and middle school students while volunteering at his church's youth group. He then took it a step further and volunteered at the high school itself. That's when he became passionate about education, even though it wasn't his original plan.

Cleveland's father was in the Navy and both of his parents worked in factories so he had no initial desire to pursue a secondary education. He wanted to join the military like his dad but ran into a problem during his physical: poor hearing.

"None of the branches would take me," Cleveland said. "So it was kind of like an 'Oh crap. What do I do?' moment."

A few of his older friends and previous classmates encouraged him to take a couple of courses at a local junior college. "So I started taking classes and really loved it and developed a love of learning that I didn't really have in high school."

Shortly thereafter he became the first in his family to attend and graduate from college.

The next chapter of Cleveland's life began when his wife Jill landed a position as a teacher in Colorado Springs. The couple moved to Colorado and Cleveland taught at Wasson High School for nine years. When he became the school's social studies department chair he realized he enjoyed administration.

"I enjoy working with students but wanted to learn more about teaching and help teachers become better."

After he received his master's degree from University of Colorado at Colorado Springs he worked at Falcon School District as the assistant principal and last year Cleveland was the principal for Pueblo's Risley International Academy of Innovation. He liked working in the middle school but wanted to get back into a high school environment when he saw the opening at Alamosa High School.

Now Cleveland splits his time between administrating in Alamosa and being with his family in Colorado Springs. Jill still teaches in the area as a sixth-grade science teacher in Woodland Park. His oldest daughter Kaleigh has colleges courting her for her gymnastic skills though she's only a freshman while his youngest Kenzie is starting sixth grade with a passion for singing.

As AHS' associate principal, Cleveland is responsible for assessing faculty and handling any disciplinary issues that arise.

"I have about maybe 15 teachers I'll be evaluating, providing coaching and feedback on an ongoing basis," said Cleveland. "I'm just looking to see if there are any areas I could help out with."

Though he'll be mainly working with staff, Cleveland hopes he can inspire students as well.

"I try to impress upon students to have goals but not limit themselves. It doesn't matter what you want to do but doing well in school is going to serve you...Your first thing may not work. Stay in school, work hard, get good grades and it's going to open doors upon you." 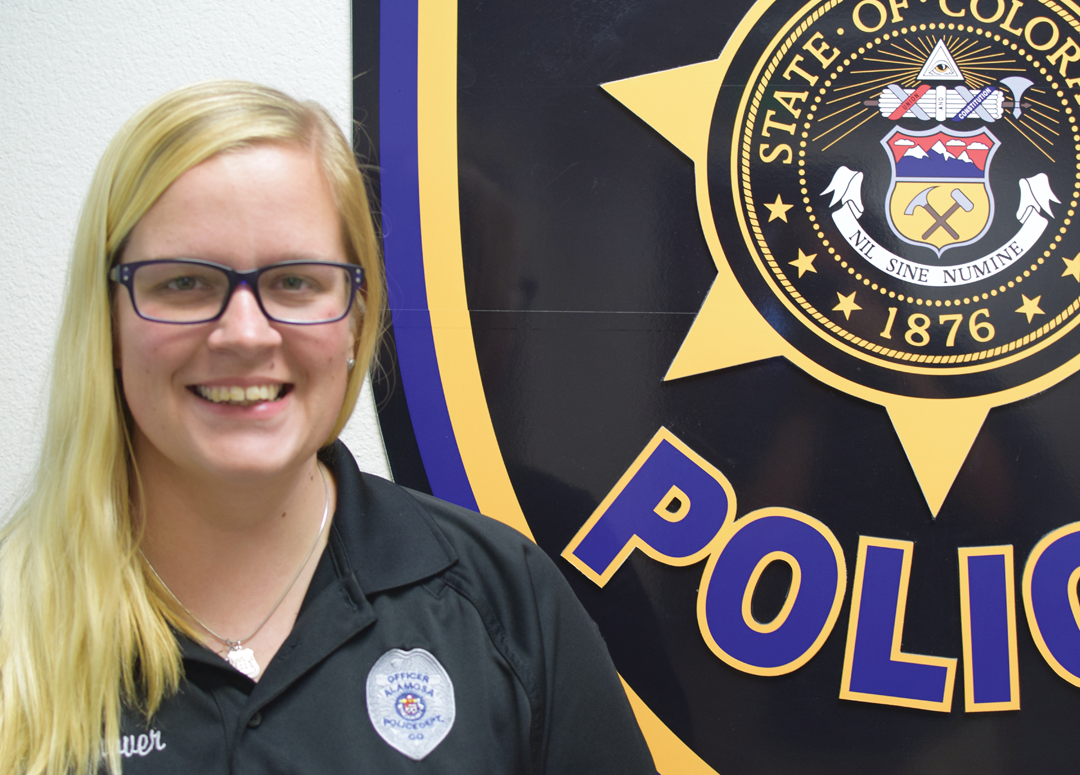 Knauer, on the other hand, has been with APD for only four years. Originally from Baltimore, Maryland, she thought about joining law enforcement since she was working at a restaurant in high school.

“It was a good hangout for them to go to and I just really, really liked seeing their interaction and the brotherhood that formed with each other,” said Knauer. “It just kind of sparked my interest.”

After a road trip with a friend from San Antonio, Texas, to Denver in 2006, Knauer almost went to the University of Colorado in Colorado Springs for her undergrad education. However, high out-of-state tuition rates forced her to attend the University of Baltimore for her criminal justice degree.

She initially wanted to become a probation and parole officer, which is a very different career path from her electrician and daycare worker parents and siblings.

“I’m the oddball of the group.”

Eventually Knauer fulfilled her dream of living in Colorado when another friend went to Adams State University for their graduate degree seven years ago. “If I was going to move to a completely different state halfway across the country I might as well move with friend,” Knauer said. “Alamosa was not my first pick, but it’s grown on me.”

As she worked at San Luis Valley Community Corrections for three years, Knauer made progress in her Peace Officer Standards and Training certification to become a parole officer. Yet roughly halfway through the program she changed her mind to becoming a police officer so she would have field experience.

Knauer has enjoyed her time in the community, essentially becoming a liaison between law enforcement and the general public. She planned the Fright Fest for Halloween last year and was instrumental in starting the Shop With A Cop program two years ago. Last week she met with a parent to buy shoes for her four kids. Sometimes those acts of kindness come out of Knauer’s own pocket, sometimes they don’t.

“We’re doing local fundraising to kind of get that account growing so we can put it back into the community. My philosophy is that law enforcement and the community should be closely related. It shouldn’t just be that we show up because there are bad guys. It should be if you need assistance, let’s help.”

That passion for community involvement made becoming a school resource officer a natural fit for Knauer. She’ll be able to move around the district freely helping whichever school needs her to be present. If a student brings in contraband or discloses something of importance to a school counselor, Knauer will be there to handle the issue.

“My playground is now just going to be in the school,” said Knauer, “but that doesn’t mean I can’t assist other officers as needed. So if I’m at the high school and something happens at Wal-Mart I can easily go to Wal-Mart to go assist them with whatever needs to be done.”

Knauer already knows some of the students at the district but is looking forward to getting to know them on a more personal level.

“I can actually put a name to the face and hopefully get a better relationship with them instead of just seeing me at their house for bad reasons. I’m just excited to meet the kids, get to know them, hopefully help them out in any way I can.”