By: Greg Boyce - Updated: 4 years ago

ALAMOSA — Two decades after high school, Jessica Suazo was inspired to enroll in college because of a 3-year-old girl named Sapphira.

Sapphira could only say two words, “mom” and “no.” Suazo worked as a para professional at the San Luis Valley Board of Cooperative Education Services and noticed Sapphira was only getting one-on-one time with the speech therapist once a month. “So I asked the speech therapist if I could join in with her in training,” said Suazo, “and the speech therapist taught me daily things I could teach the little girl. And within a few months she was talking nonstop!”

Just selected as a college Rising Star, she’s now a sophomore at Trinidad State, and will receive an Associate of Science in May. Her next goal is a four-year degree in audiology. “Eventually I want to get a masters and be a speech and language pathologist.” She wants to help others who have speech difficulties.

Suazo’s path to college is not uncommon in the San Luis Valley. She went to Centauri High School, graduating in 1996. “I had a different agenda (in high school). I always thought I’d be a mom and a housewife. I thought that was the way things are supposed to be. You get married, you have kids and you’re a housewife.”

But a divorce changed all that. “I never thought I’d be in the workforce, working as a single mom, having to provide for my children.” Suazo’s sister pushed her toward college. “She set up an appointment with an advisor from Trinidad State. I came in and they were really inspirational. Ellen Hanson talked me into coming back to school.”

Barely a C student in high school, Suazo was named Student Employee of the Year last year. She’s still a work study student, and is now the Vice President of Programming in the Student Government Association. Her GPA is a strong 3.56 out of a possible 4. She now views herself as very persistent and a very hard worker.

“Managing time has been something that I’ve really had to work at,” she said. “It’s on my own personal recognizance I continue to make the grades I’m making. I never would have thought I could excel in math and science.” 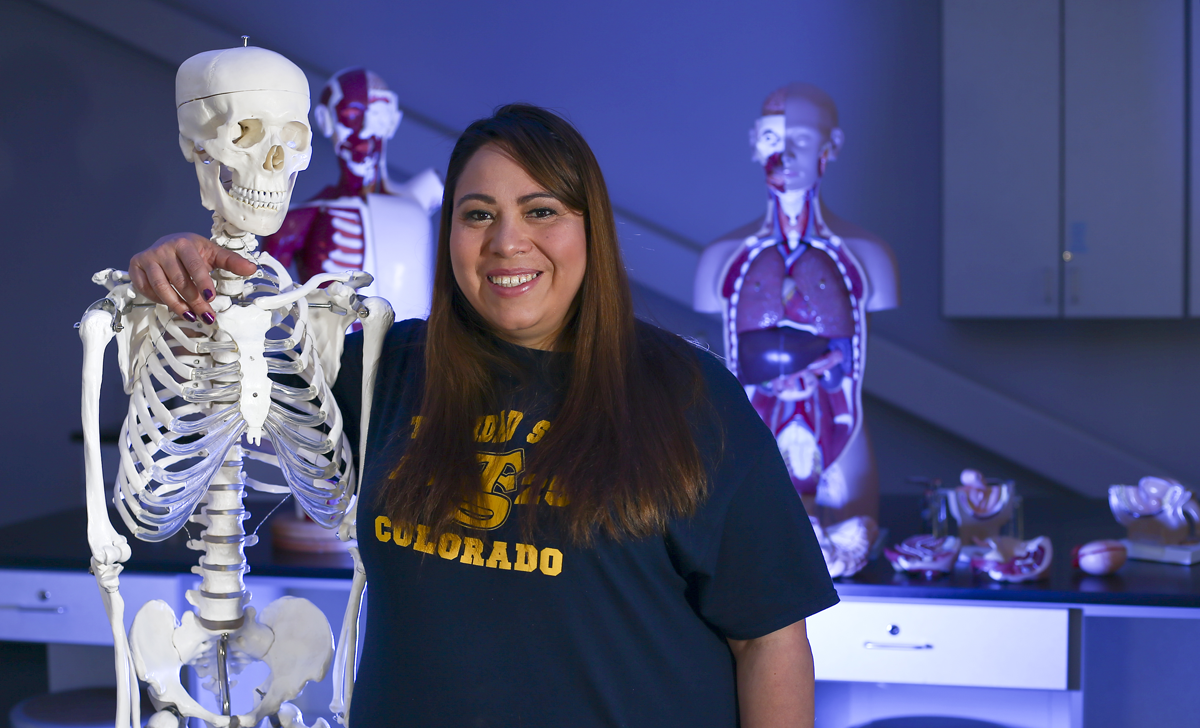 And she always spreads this simple message: It’s never too late to come back to school.

“I’m a volunteer tax preparer, so I’ve been doing a lot of people’s taxes. I meet a lot of single moms and single dads who share a little bit of their story with me and I ask them if they’ve thought about coming back to school. I tell them this is a good option for them, because at this school I’ve met nothing but inspiring individuals. The staff is very encouraging, the instructors tell me ‘keep trying.’ I get little notes, ‘stay positive’ when I’m not doing so well in an assignment. Those little notes make a big difference.”

The annual Rising Star Awards recognize the outstanding contributions of students and staff across the Colorado Community College System in support of college activities and community service.

Camels in the San Luis Valley